Reports have emerged that Gamstop, a UK-based system that allows problem gamblers to block themselves from gambling websites, is nearly set to be approved. The Gambling Commission is set to announce regulations this week, which will require all gambling operators to sign up to Gamstop as a condition in their licensing.

The news comes 18 months after the system was supposed to launch, its long delay attributed to concerns surrounding its effectiveness. Research by the Gambling Commission found numerous flaws in the system which would allow problem gamblers to curtail their self-imposed restrictions. 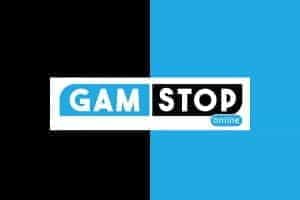 These flaws included loopholes which would allow gamblers to continue to websites by slightly misspelling their names as well as changing details of their addresses and phone numbers. Additionally, the blocks would not remove gamblers from the mailing lists of gambling operators, leaving gamblers tempted with promotional offers.

In May 2018, the Gambling Commission’s executive director Tim Miller criticized the Remote Gambling Association (RGA), the industry trade body in charge of creating Gamstop, for its apparent inability to block problem gamblers from being tempted by emails, saying that it was “unacceptable that currently Gamstop does not interact with marketing lists in that way”.

While Gamstop has already been launched, it is still waiting for official approval by the Gambling Commission. So far, tens of thousands of problem gamblers have signed up to Gamstop across the UK, with many gambling operators also implementing the system.

It is believed that all current gambling operators who fail to sign up to Gamstop could face revocations of their licenses, with the system becoming a legal requirement to implement to all gambling operators seeking licensing across the United Kingdom.

According to Ben Glass, the Communications Manager at the Gambling Commission, Gamstop will only be approved once it is entirely effective at curbing problem gambling.

”Gamstop will be a helpful additional tool for users, and it is important to get it right. Gamstop is working towards providing us with the necessary assurances to allow us to trigger the requirement for all operators to become members…It should be recognized the majority of operators are already fully integrated with Gamstop.”– Ben Glass, Communications Manager, UK Gambling Commission

The pressure to push through an official approval of Gamstop is building amid a growing campaign by activists, the Labour Party and the Gambling Commission to increase regulations on online gamblers. Already, stricter limitations have been added to fixed-odds betting terminals in brick-and-mortar bookmakers, and political discussions surrounding a ban on betting with credit cards have also gained traction.

The History of Gamstop

The conversation around a need for a system like Gamstop can be traced back to July 2014, after two GambleAware reports highlighted the importance of a multi-operator self-exclusion function for problem gamblers. Both the United Kingdom government and the Gambling Commission were quick to voice their support for the development of such systems.

In the following months, the Gambling Commission undertook a consultation on how it could change the Licence Conditions and Codes of Practice (LCCP) to introduce the self-exclusion scheme, collaborating with the Remote Gambling Association to establish a method on how the program could be developed.

By April 2016, the Commission’s proposals were implemented as a new code provision into the LCCP. However, the effectiveness of online self-exclusion measures proved to be more difficult to incorporate.

While the land-based casino scheme was successfully adopted in betting shops, bingo clubs and arcades, it took until August 2016 for the RGA to begin a study into how such a system could be integrated online. In June 2017, the scheme was named Gamstop, with the plan for its implementation set for December of that year.

Problem Gambling In The UK 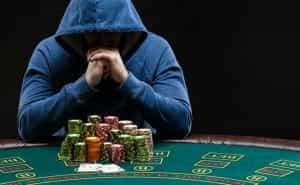 According to the Gambling Commission, 46% of residents in the UK have gambled in the last month. Of the United Kingdom’s population of 66 million, it is reported that 2 million people are either problem gamblers or at risk of becoming problem gamblers.

Over US$6.74 billion was spent on the remote gambling sector in 2018, an increase of nearly 3% from the year before. With concerns that the temptations of internet gambling could reach younger audiences, some are suggesting the total ban of all advertisements for gambling websites.

In addition to Gamstop, politicians are beginning to introduce new measures to ensure that future generations will not be at a higher risk of developing gambling addictions. Recently, the Gaming Commission has introduced provisions that require all gambling operators to verify the age of gamers before they can deposit funds or gamble. Operators will have 72 hours after a gambler has signed up to perform the checks. 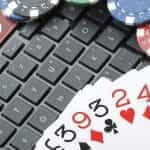