Global gaming giant International Game Technology (IGT) has announced that it has completed the sale of its Italian-facing B2C businesses to Gamenet Group — which is a subsidiary of funds handled by private equity group Apollo Global Management. Initially agreed on in December 2020, the sale was worth €950m (£817.2m/$1.16bn). 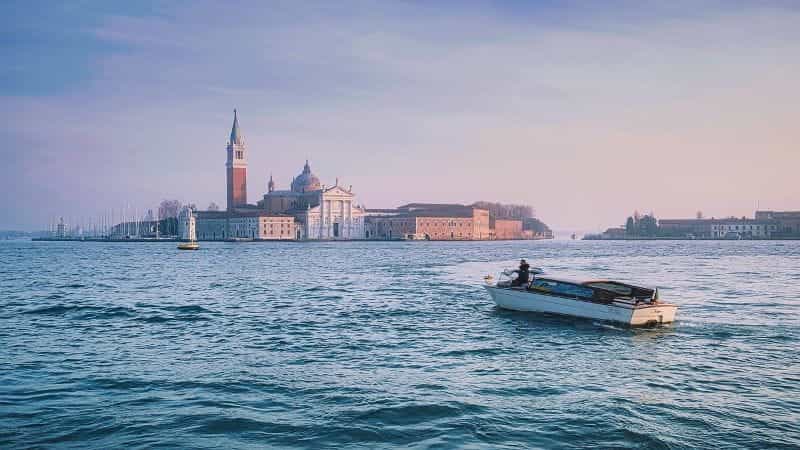 Global gaming industry leader International Game Technology (IGT) has released a press statement in which it has finally confirmed the sale of its several Italian-facing B2C businesses to Gamenet Group — the latter of which acts as a subsidiary of funds directed by the private equity group Apollo Global Management.

The deal between International Game Technology (IGT) and the major Italian gaming company Gamenet Group was initially revealed in December 2020 and is worth a cash purchase price of €950 million (£817.2m/$1.16bn), with €725 million already having been paid out at the closing of the deal.

An additional €100 million is scheduled to be paid by the set deadline of December 31st, 2021, before another €125 million must be paid to IGT by September 30th, 2022. More details of the sale arrived with the inclusion of 100% of the share capital of both Lottomatica Videolot Rete S.p.A. and Lottomatica Scommesse as part of the deal.

In its press statement, International Game Technology (IGT) revealed that it expects to use the proceeds from the sale of its B2C Lottomatica to Gamenet Group in order to pay off its transaction expenses and reduce its overall debt.

The announcement revealed a somewhat surprising factor: no conditions would be attached to the deferred payments made to IGT, with the exception of ones during closing. Furthermore, an equity commitment letter was sent from the Apollo Global Management group funds to help in the securing of payments.

CEO of International Game Technology (IGT) Marco Sala took the opportunity to explain that the transaction will enable IGT to monetize its leadership position within the Italian B2C market, dealing primarily with gaming machines, sports betting, and digital spaces — all while doing so at an attractive multiple when compared to similar Italian transactions, thereby providing IGT with increased financial maneuverability.

In its most recent quarterly report, the group logged revenue growth of 25% for the first quarter of 2021, which it largely attributed to structural cost savings, a continuation in player demand and, of course, its aforementioned sale of its Italian B2C businesses to Gamenet Group.

The numbers speak for themselves: IGT’s overall group revenue rose to $1.01 billion from $814 million in 2020. And though this figure represents only an 11.3% decrease from 2019’s $1.14 billion, the group expressed optimism that it has the ability to return to this level by the year’s end.

It was still, however, the sale of the group’s Italian B2C Lottomatica units to Apollo Global Management’s subsidiary Gamenet for €950 million that was a key factor, perhaps the most fundamental one, behind IGT’s encouraging first-quarter results.

Marco Sala, CEO of IGT, had the following to say about the group’s performance:

“We delivered some of our strongest profit results ever during the first quarter, fuelled by robust player demand and significant, structural cost savings. Our global lottery segment achieved record same-store sales levels on impressive increases around the world. The global gaming segment is demonstrating swift, progressive recovery, including accelerated momentum for digital and betting activities. We expect to return to 2019 levels for key financial metrics this year.”– Marco Sala, Chief Executive Officer, International Game Technology (IGT)

Despite International Game Technology’s (IGT) particularly strong first quarter in 2021, it is worth noting some of the group’s reported losses, particularly in its gaming operations, which were naturally affected by the widespread closures of land-based casinos due to the coronavirus (Covid-19) pandemic.

IGT’s gaming operations experienced a widened loss of €19 million, leveling out at a total of $266 million which, compared to 2020’s $310 million, represents a year-on-year decrease of 14%.

An encouraging recovery in US gaming markets contributed to the region’s 4.3% quarter-on-quarter increase, reaching $255 million. However, this was not enough to offset the group’s gaming operation losses, finishing 39% down in net revenue at $19 million, down from 2020’s total of $31 million.

Finally, IGT’s net income came out to $92 million when placed against a net loss of $248 million in 2020. Earnings adjusted before interest, taxes, depreciation, and amortization (EBITDA) were up 72%, totaling $450 million, with 2020 producing only $261 million.

“With the recovery in our business in full swing, we are delivering strong operating leverage which, when coupled with invested capital discipline, drove strong cash flows in the quarter. This enabled us to accelerate our debt retirement strategy and gives us confidence in a return to pre-pandemic leverage levels by the end of the current year.”

Something which is sure to enrich International Game Technology’s (IGT) lottery games in both the US and Canada was the group recently acquiring the approval to use Elvis Presley’s likeness in its offerings.

Authentic Brands Group, the New York-based owner of brands such as Sports Illustrated, Juicy Couture, and Forever 21, is the main rights holder of the use of Elvis Presley’s image, as well as other major celebrity figures such as Muhammad Ali and Marilyn Monroe.

Starting from March 2021, however, Elvis’ unmistakable likeness can now be used by International Game Technology (IGT) across its wide array of lottery options in both the US and Canada — ranging from instant tickets to mobile lottery games to even promotional materials. 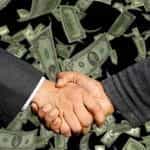