In a move that could affect billions of pounds worth of bets annually, the British government is giving serious thought to banning the use of credit cards in online casinos and other gambling establishments.

The suggestion comes amid a broader discussion regarding player safety and the reliability of self-exclusion schemes, and hopes to better address problem gambling throughout the country. Credit cards are being specifically targeted as it’s estimated that up to 20% of gambling deposits are being made with credit, drastically increasing the probability of problem gamblers falling into massive debts.

Growing Political Pressure Could Spell the End for Credit Payments

The discussion has been sparked by culture secretary, Jeremy Wright, who announced his intentions to address issues of problem gambling and use of credit cards with major retail banks and well-known bookmakers. Though Wright praised existing efforts by Barclays, Lloyds and others in giving customers the ability to manage their gambling spending via their banking apps, he stressed that more needed to be done. Speaking on the topic of credit cards, in particular, he said, “We should also ask if it is right that people should be able to gamble on credit and this is an area that the Gambling Commission are going to look into.”

Wright stressed that casinos and other gambling operators themselves have to step in and make a difference, stating “Their licences are at risk if they do not.”

The United Kingdom Gambling Commission is planning a call for evidence on the subject beginning in February of this year, with regulation expecting to follow. The UKGC is the nation’s foremost regulatory body when it comes to all gambling institutions, and its ruling could mean a definitive end for credit card payments on online casino sites. A spokesperson from the regulatory body has said,

“In our online review last year we said we will consider prohibiting or restricting the use of credit cards and will explore the consequences of doing so.”

Will Labour’s Tom Watson Get His Way?

This isn’t the first time in recent months that credit card payments at gambling institutions have come under fire. In September of 2018 deputy Labour leader, Tom Watson, published the party’s review of gambling regulations which included a proposed blanket ban of credit cards as a payment method for betting. Speaking to the Guardian, Watson said, “Debt-financed betting on credit cards is wrong. It allows people to bet more than they can afford and particularly affects gambling addicts. Labour will ban it.”

Labour are far from being the only ones calling for a credit card ban. The nation’s primary gambling charity, GambleAware, has voiced its approval of such measures since January of last year. According to the charity, the use of credit cards “significantly increases the risk gamblers will gamble more than they can afford.”

GambleAware sees the ban as a viable option for combatting addiction, which will hopefully ease the strains on the charity’s resources. Though an estimated 430,000 Britons suffer from some manner of gambling problem, the charity was able to intervene in just 2% of cases in 2017.

Why Self-Exclusion Schemes Are Not Enough

The overwhelming majority of online casinos now have self-exclusion schemes in place which allow players to give themselves a “time out” from playing, should they feel their gambling habits are becoming an issue. Though well-intentioned, many commentators are now saying these schemes are doing enough to protect players dealing with addiction. In May of last year, the UKGC warned the Remote Gambling Association of potential failings in self-exclusion measures from GamStop. Tests of the software revealed flaws which allowed players to simply open a new account with a different surname to avoid detection. Even when all other personal details – including phone number and address – stayed the same as that of the excluded account, players were able to access the full libraries of the casino of their choosing.

Though GamStop announced that the software would be further fine-tuned to avoid such issues in future, many remain sceptical toward self-exclusion schemes as a viable method of protecting players. The flaws in the system drew further criticism from the Labour party.

“It never fails to amaze me how laissez-faire the industry is when it comes to offering support to prevent harmful gambling yet manages to make sure of ways of making money for the industry are as effective as possible.”– Carolyn Harris, Labour MP

The Importance of Continued Regulation

Though a ban on credit card payments may be bad news to some players, it could be part of a much-needed reform of gambling regulations. Though there are almost half a million British citizens struggling with unhealthy gambling habits, there is only one gambling clinic open in the entire country. The government announced its intentions earlier this month to establish more facilities throughout the nation with the NHS to help tackle problem gambling, but in the meantime banks, operators, and legislators have been tasked with finding alternate methods of protecting vulnerable players. 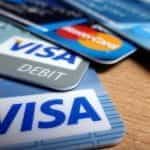