After six years of disputes, Scientific Games has agreed on a settlement with Shuffle Tech International, Aces Up Gaming, and Poydras-Talrick. The settlement brings to an end an antitrust lawsuit filed by the three game developers against Scientific in 2015.

The disputes began in 2012 when Scientific Games alleged that Shuffle Tech, Aces Up, and Poydras-Talrick were in breach of trademarks in their development of automatic card shuffling machines. This led Scientific Games to file an ultimately unsuccessful lawsuit against the developers. Shuffle Tech, Aces Up, and Poydras-Talrick responded with an antitrust lawsuit in 2015, arguing that Scientific Games had filed vague trademarks and had been less than transparent with the US Patents and Trademark Office in an attempt to corner the market on automatic shuffling machines.

In August of this year, a jury in the state of Illinois ruled that Scientific Games was to pay $105 million to each of the affected developers, the settlement totalling $335 million when legal fees and additional costs were taken into account. Despite the ruling, Scientific continued to deny any wrongdoing.

While we firmly believe that the jury decision was wrong, we are pleased with the outcome of the settlement and that this matter will be resolved for good– James Sottile, Executive Vice President and Chief Legal Officer, Scientific Games

While still refusing to admit liability, Scientific Games settled on December 13th and is expected to pay $151.5 million to Shuffle Tech, Aces Up, and Poydras-Talrick. The suggested figure from Scientific Games amounts to just 45% of what the developer was ordered to pay in August. This figure is conditional upon the vacation of the jury’s decision by an order from the trial court, but Scientific appear confident that the case will now come to a close. Should the order pass, all litigation surrounding the case will cease, and all filings will be dropped. 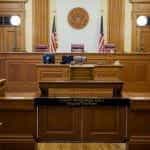