The professional poker player will continue his dispute over baccarat winnings at Crockford’s Casino in Mayfair, London, after losing his battle in the Court of Appeal with casino owners Genting. 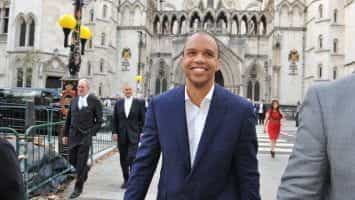 Ivey, a World Series of Poker winner, has been trying to retrieve winnings he was denied in 2012 after he and fellow gambler, Cheung Yin Sun, admitted to using a system known as ‘edge-counting’ the gain an advantage over the house.

Edge-counting, which involves identifying marks or faults on the edges or backs of favourable playing cards, is not strictly prohibited but the issue remains a grey area. The geometric pattern on the back of the cards is not always symmetrical. This allows skilled players to identify slight differences when rotating them.

The Supreme Court, the highest court in the UK, will now have to decide whether it is legal to be an “honest cheat”. Ivey lost in the High Court despite a ruling declaring that he had not acted dishonestly, however, it was decided that edge-sorting was cheating according to civil law.

I was upset as I had played an honest game and won fairly. My integrity is infinitely more important to me than a big win. – Phil Ivey, speaking to reporters outside court

After playing a baccarat variant known as Punto Banco, Ivey left the casino under the impression his winnings totalling £7.8 million would be wired to him in Las Vegas. However, only his original stake of £1 million was returned after the casinos discovered edge counting had been used.

The Battle of The Dictionaries

Ivey’s barrister, Richard Spearman QC, said: “We say we have won that [the battle of the dictionaries] because we have the better dictionary.”

Crockford’s representatives have labelled Ivey’s strategy as a ‘Robin Hood’ defence, referring to the mythical outlaw who famously justified his criminal activities because he robbed from the rich to give to the poor.

Crockford’s barrister, Christopher Pymont QC, said: “The key to cheating is not whether the player acted dishonestly but whether he acted deliberately to gain an unfair advantage in the game. He was dishonest in the criminal sense because an ordinary and honest person would not have acted as he did, given that he knew full well he was changing the way the game was played in order to gain a substantial advantage.” 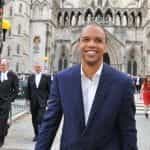