An unsuspecting migrant worker from the Chinese city of Baoding loaned out three credit cards in his name to offset a debt he owed. He was arrested for the illegal sale of credit cards down the line, much to his surprise criminal gangs had used these cards to launder money for online gambling purposes. 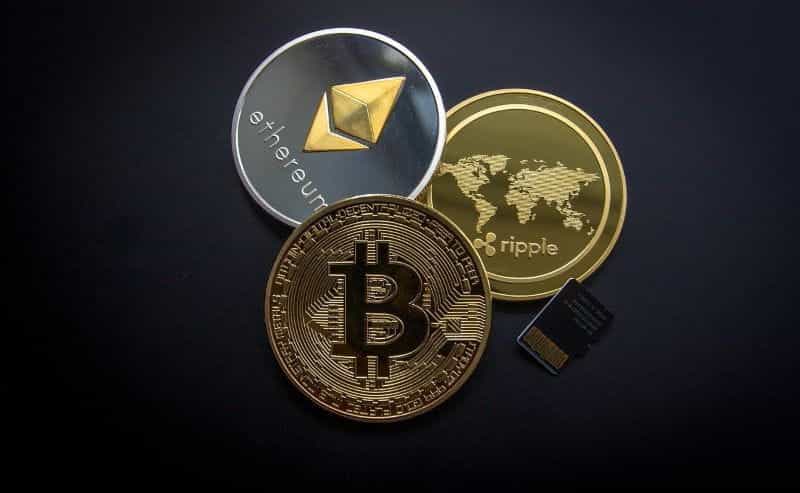 Cryptocurrency has become a powerful money laundering agent and is commonly utilized by Chinese gangs involved in fraudulent activities. ©WorldSpectrum/Pixabay

The arrest was a part of the “Card Breaking Campaign”, an operation carried out by Chinese authorities to stop illegal credit card transactions. As well as this, they are commonly involved in cross border online gambling crackdowns. Their national mission to eradicate gambling fraud in all its forms has made them infamous among Chinese gangs for their efficiency and ruthlessness in finding their targets.

The campaigns’ overall objective is to prevent people from using mobile sim cards and credit cards when they are not a registered user. They closely monitor payment accounts such as Tencent’s WeChat Pay and Alibaba’s Alipay, as both of these have facilitated exploitation for fraudulent transactions in the past. The Chinese government has placed a lot of faith in this ‘task force’ and entrusts it to end fraudulent activity across the country. This is in part why Macau is being coerced to adopt a government-backed cryptocurrency this month in an effort to stifle the issue.

According to the IT department at the Ministry of Public Security, these transaction fraud crimes have spawned an illegitimate industry that employs 5 and 6 million people. It is now the largest illegal sector in the country purely in terms of numbers. Tether’s USDT cryptocurrency has been the foundation for several fraudulent payments, enabling gangs to encrypt information and hide money from the authorities.

In the first half of 2020, the police dissolved over 1,800 online gambling domains and 1,500 underground banks. These operations put together were involved in illegal transactions with a total of over 1 trillion Yuan (CNY), this equates to $153 billion. Due to the overall wealth attributed to these back-alley agreements, the government has raised its concern, thus leading to the “Card Breaking Campaign”.

The Power of Cryptocurrency Money Laundering

Traditionally underground banks and back-alley agreements were the norms for cross border money transfers, however with the introduction of Tether’s USDT, these groups have now utilized an infinitely safer and maximum efficiency tool to launder money effectively. USDT has recently become one of the most traded cryptocurrencies on the planet alongside Ethereum, Bitcoin and Ripple.

In October 2020, the People’s Bank of China in Huizhou’s southern city carried out numerous arrests related to cross-border online gambling. This was the first successful crackdown on the illicit use of USDT. At least 77 suspects were arrested for laundering money thought to have been worth over 120 million Yuan or $18.5 million.

Almost all of these transactions were processed in Huobi, a USDT Seychelles-based transaction platform that automatically encrypts the users’ information. Huobi was founded by a Tsinghua University graduate and former Oracle developer Leon Li. He left the company in 2017 but then returned once again in 2020. Online gambling sites use these platforms to their advantage by using the revenue to purchase USDT on Huobi then sell the cryptocurrency, completing the money cleansing cycle.

Since these incidents occurred, the Chinese government ordered Huboi and other USDT platforms to improve their anti-laundering policy. Executives at the company told local news that the company “completed it’s the biggest upgrade in anti-money laundering risk control in August”. After scouring the updated platform, we identified the biggest change in the introduction of video identification when a transaction takes place. The verification prevents the use of credit cards that do not belong to the user.

The challenge for public security is tracing the actions of a gang when using an online cryptocurrency platform. With thousands of online gambling firms cropping up for the very purpose of laundering money, it becomes difficult to keep track of them all, especially with limited resources during a pandemic.

Gangs use ‘running points platforms‘, a system that allows a registered member to “grab funds” and upload the monies using someone else’s purchased or borrowed bank account. According to Guo Qianting, Ant Group’s anti-money-laundering center’s general manager, “it is like trying to find a needle in a haystack”.

Another money laundering channel is gig-job platforms. These provide contractors and payroll services to employers in e-commerce, food delivery and taxi services. More than 10,000 of these platforms materialized in 2018 in China alone. The majority of these are used for legitimate businesses. However, online gambling firms exploit some to launder money.

In May, the Agricultural Bank of China identified several suspicious transactions at a gig-job human resources provider. The company in question had made transactions worth almost 200 million Yuan in only ten days, making it more suspicious that all of these payments took place outside of business hours. The police swiftly identified the company and made multiple arrests within the organization. 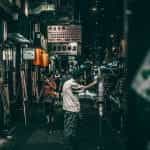