UK operator Entain has published its latest gender pay gap figures, as it continues to strive towards gender equality in the workplace. Entain’s “Everyone’s in the Game” report marks the company out as one of the most inclusive in the industry. Earlier this year Entain became the first FTSE100 gambling company to be led by a woman, when Jette Nygaard-Andersen was appointed as CEO. 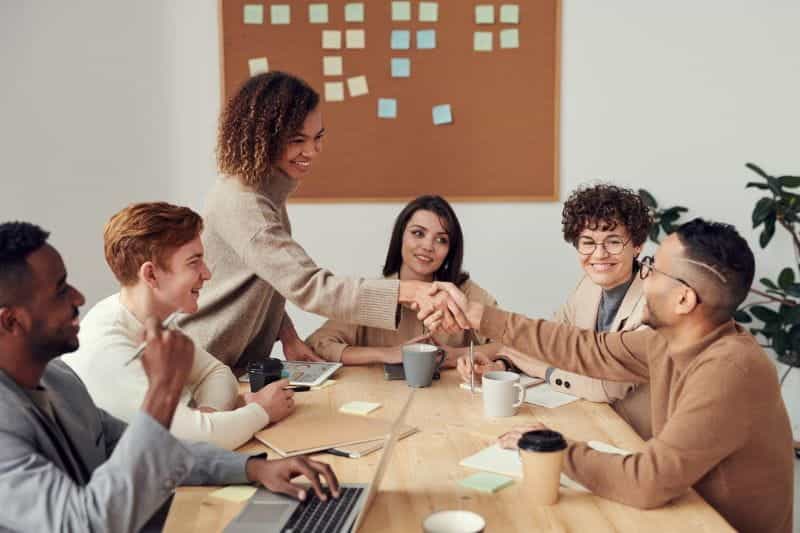 Entain’s median hourly pay gap, at 7.1%, is lower than the national average. ©Fauxels/Pexels

In the newly published Gender Pay Gap Report, Entain explains why workplace equality is so important. The company prides itself on selecting the right person for every job and ensuring that employees feel valued and respected. By ensuring that everyone feels included, Entain is able to bring out the best in its staff. This in turn benefits the wider company by boosting productivity.

Due to the coronavirus pandemic, the government allowed UK firms an extra six months to report on their gender pay gaps. However, businesses have been encouraged to report their figures by the usual April deadline if possible, which Entain has done.

According to Entain’s new report, it now holds the top spot as the most inclusive employer in the industry. That’s still not enough for this operator though, as it strives to go even further on behalf of its workers. Entain is one of the UK’s biggest operators, running an array of popular online casino and sports betting brands. Household names include Bwin, Ladbrokes and Coral.

Entain’s median hourly gender pay gap in the UK currently stands at 7.1%. This figure is significantly lower than the national average, which is 15.5%. Its median bonus gap is only slightly higher, at 13.0%. Entain’s workforce is represented by a high proportion of women across the company. In particular, 54.0% of its retail estate is made up of women.

“Everyone’s In The Game”

The report also details how proportionately male and female workers are distributed through the company. Entain’s lower quartile consists of more women than men, with women making up just over 50% of the workforce in that area. The lower mid quartile reflects matching figures, while the upper mid quartile sees a slight decrease in female employees. That figure lies at just below 50%, while the upper quartile of the company consists of just below 40% female employees.

While there are still fewer women than men in the top strata of the company there is still work for Entain to do. The company set a great example for its employees earlier this year when Jette Nygaard-Andersen was elected as CEO. She was brought in to lead the firm following the shock departure of her predecessor, Shay Segev.

Nygard-Andersen is the only female CEO to lead a UK gambling firm listed on the FTSE 100. Further to that, only seven FTSE 100 companies are led by female CEOs. The number of female directors in boardrooms at FTSE 100 firms has risen by 50% over the last five years, but it is clear that there is more work to be done. Nygard-Anderson explained why gender parity is such an important cause for Entain, stating:

“We are a business committed to our employees and being the best place to work and although our gender pay gap has increased by three percentage points since last year, our commitments to this agenda are part of how we do business. These figures are driven by our retail estate where 54.0% of our people are women. We are number one in our industry on inclusion but we know we can do better to ensure Everyone’s In The Game.”

The gambling firm has committed to carrying out a four-point plan for change, which it hopes will establish it further as the best employer for women and the best workplace all round. The four main areas are “hiring and attraction”, “people development”, “awareness and education” and “inclusive policy and process”.

As part of its “hiring and attraction” strategy, Entain has collaborated with women’s networks to boost recruitment through networking and referrals. It has also partnered with online jobs network LinkedIn to recruit female candidates from outside the sector for its roles. Entain has supported its female employees to move upwards into more senior roles too. The company is due to launch a new tool later this year, which will guarantee gender parity for candidates.

The operator’s focus on “people development” is based on its Senior Women in Leadership Development Program, called Horizon. The program, which has now concluded, empowered 250 of its most senior female employees to drive progress forward. As part of the program, attendees were granted access to a mentoring program for six months.

In order to improve “awareness and education”, Entain continued the Horizon program through its first networking session. This session brought together more than 200 of the most senior leaders in the UK’s industry. Together they discussed gender parity. Entain has committed to continue to support and educate its employees in regards to raising equality.

Describing its “inclusive policy and process” strategy, Entain says that its new branding has triggered an 8% boost in female applicants. Entain, which was previously known as GVC, changed its name in a bid to shrug off some of the negative associations that it had garnered. That plan has proved successful, with Entain now being more synonymous with responsible gambling than operating in unregulated territories.

The company has established some new recruitment processes too. These ensure that information on policies for women is included in initial recruitment conversations. Entain has also committed to using Textio software. This will make sure that all of its future job adverts are gender neutral. 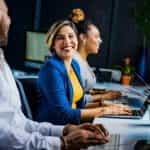