In the latest development in ongoing collaborations between BetWarrior and Kambi, BetWarrior is now available to sports betting enthusiasts in the Latin American market. A move to the European market is expected to follow.

The Latest in A Fruitful Collaboration Between Kambi and BetWarrior

This is just the latest maneuver in the joint activities by Kambi and BetWarrior, who first made public their plans to team up this past June. Beginning in mid-June 2019, Kambi provided BetWarrior their sportsbook platform and technological expertise, as well as an entry point into the European and Latin American gaming markets. 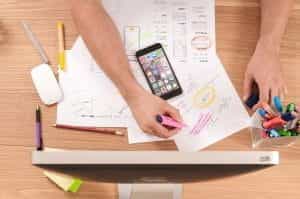 Using a fusion of cutting-edge AI and machine learning technologies, BetWarrior hopes to cash in on the popularity of sports betting in the Latin America market. ©William Iven on pixabay.com

Industry followers were excited to see initial news of BetWarrior this past summer. The company was founded by two former executives from industry giant PokerStars, Morten Tonnesen and José del Pino.

During his six year tenure at PokerStars, Morten Tonnesen oversaw a team of 450 people in the Poker, Sports and Casino division. After leaving the company, Tonnesen worked as the CEO of Ve Global Ltd, a marketing company for technology.

José del Pino also worked in the Poker, Sports and Casino realm of PokerStars, giving nine hardworking years to the company as the Group Marketing Director of the division. In these nine years, del Pino’s specialty was in the US and South America.

According to initial coverage, BetWarrior intends not only to offer mobile gaming for gambling enthusiasts, but also to capitalize on the growing interest in sports betting sweeping through the US.

Unsurprising to those familiar with the previous successes of Tonnesen and del Pino were the continued upward trends in BetWarrior’s press statements this summer, among them BetWarrior’s promising new deals with Omega Systems and EveryMatrix.

Just a month after announcing their partnership with Kambi, BetWarrior made public its partnership with Omega Systems, a development system to be used by the brand to integrate various elements of the mobile sports betting experience.

The Omega Core platform will allow BetWarrior an integrated home base to synthesize various elements of the gaming experience. This will include player account management, sportsbook and casino integrations from various providers, reporting for regulatory infractions or disruptions, and payment settings. In addition to these offerings, the Omega Core platform will also allow players to game responsibly.

As explained by Tonnesen, their partnership with Omega Systems is informed by what they believe to be their unique approach to capitalizing in the mobile betting realm by using the most advanced technology, which they believe the sports betting industry has yet to do successfully. 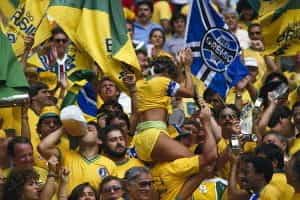 Not Just for Sports Betting

In July, BetWarrior also signed a partnership with EveryMatrix, which offered its CasinoEngine Direct software to unleash a massive portfolio of 8,000 games — what EveryMatrix

“By partnering with Kambi, we gain access to flexible sports book technology that enables us to deliver upon our vision. We have been hugely impressed by both the power of Kambi’s technology and the strength of its team, and we felt this was a perfect match for BetWarrior.”

As has been widely discussed of late, the Latin American market is very promising for the gaming industry. With several countries including Brazil hoping to boost their national economies, gaming regulations for physical gaming institutions like casinos, sports halls, and racetracks, as well as for online gaming, have offered a hail mary to their fiscal concerns.

One particularly promising country for market expansion is Brazil.

In an interview this past April, Sportradar Director of Business Development and Strategic Partnerships Lorenzo Caci cited the government’s growing friendliness to betting, including slashed rates for data plans, where internet costs are close to nil. For igaming operators, this is a huge win: pairing their offerings with greater boosts on social media, this offers exponential growth to their market in Brazil.

In addition to government friendliness, Brazil is an obvious candidate for sports betting expansion, given the love of sports shared by those in the country —not only for football in Brazil, but also for sports played in the US, like American football, basketball, and baseball.

Having focused on expanding into sports betting in Latin America and Europe, BetWarrior has also been setting its sights on the casino market, with new offerings to its users from MGA Games and Microgaming. In the last weeks, BetWarrior has promised new partnerships with two different football fan-oriented clubs in Brazil: Clube do Remo and Paysandu Sport Club.