Chief executive of the Jockey Club, Delia Bushell, has resigned following an inquiry. An independent barrister upheld allegations of bullying, racist comments and sharing of offensive material. However, Bushell has hit back at the Jockey Club with an open letter, describing a toxic workplace and collusion against her from male colleagues. 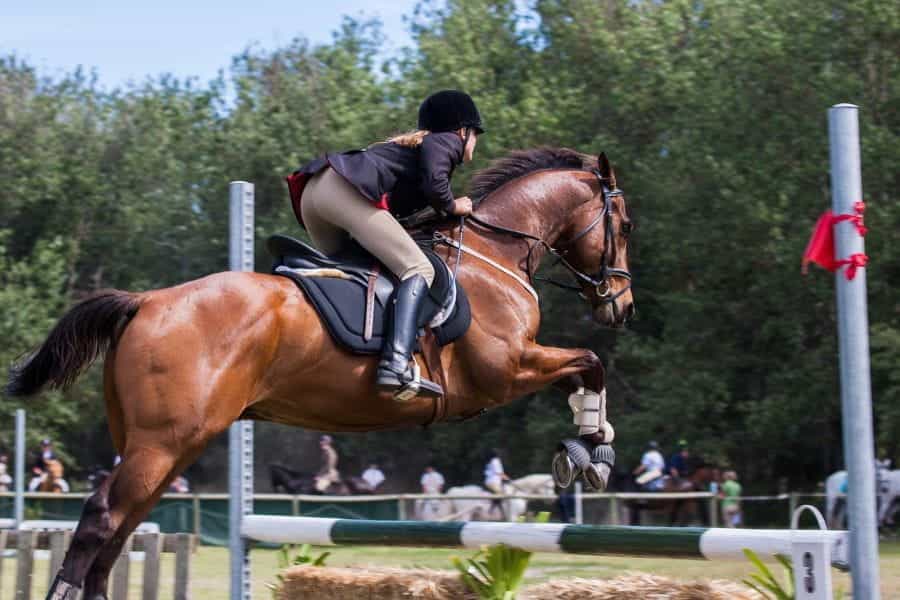 Bushell resigned after learning that she was to face disciplinary action from the Jockey Club. ©Jean van der Meulen/Pexels

Delia Bushell was only appointed as chief executive of the Jockey Club in September 2019. However, her tenure has come to a swift end with the news that disciplinary action was to be taken against her. The allegations made against her are serious, with the Jockey Club describing her position as ‘untenable’. According to the barrister leading the investigation, evidence of Bushell witness tampering has also been uncovered.

According to The Times, Tom Manners, group sales and marketing director at the Jockey Club, lodged a complaint against Bushell. It says that the racism allegation stems from a conversation about the Black Lives Matter movement and how the organization should respond to it. Bushell then apparently referenced US political commentator Candace Owens, who described George Floyd, who died in police custody, as a criminal.

The allegation of sharing offensive material refers to a tasteless meme about Susan Boyle that Bushell shared, following another conversation with colleagues. While both incidents were said to have been one-offs, the Jockey Club ultimately decided that it was not possible for Bushell to keep her position. On learning of the action to be taken against her by the organization, Bushell resigned.

In a strongly worded open letter published in the Racing Post, Bushell has refuted the allegations facing her. After resigning on Sunday, Bushell wrote a scathing criticism of the organization, citing collusion and bias from senior members. Bushell defended herself, stating:

“This grievance process, and the management of the broader situation created by it, have been fundamentally mishandled by the Board of Stewards. The Board’s engagement with me has been disingenuous and focused on protecting its own interests at my expense.”

Bushell continued, questioning the barrister’s impartiality, suggesting that she was ‘stitched up’. She also highlighted that the Jockey Club is a male-dominated organization, proposing that members of the board could not handle her challenging the status quo. In a final swing at the organization, Bushell framed herself as a victim:

“I have been subjected to unmerited, dishonourable, bullying behaviour by people I previously held in high regard and trusted. I clearly cannot rely on the trust and confidence of the Board, which has once again allowed the long-standing discriminatory undertones of the Jockey Club to prevail.”

Issues over Bushell’s conduct have been public knowledge for the last few weeks. News of a formal complaint against her was reported in the Racing Post two weeks ago. Friends of Delia Bushell defended her as the allegations emerged. In particular, TV presenter Clare Balding stressed the difficulty of the role and emphasized Bushell’s professionalism.

In response to her resignation, the Jockey Club published a statement detailing the process of its independent review. It explained that an independent barrister interviewed nineteen witnesses, including Bushell. The barrister then presented a sub-committee of the board, made up of Dido Harding, Julia Budd and Justin Dowley, with a report. Baroness Harding is a well-known Conservative peer, controversially in charge of the NHS Test and Trace system; while Budd and Dowley are have prominent careers in the City.

The report contained evidence that upheld the allegations of Bushell bullying colleagues, making racist comments and sharing offensive materials. Disciplinary action on the grounds of gross misconduct followed, receiving the backing of the full Jockey Club board.

The Jockey Club is the largest commercial horse-racing organization in the UK, and while it is no longer responsible for British racing, the 270 year old organization still holds a vast amount of influence. It operates fifteen racecourses in the UK, including famous venues such as Aintree, Cheltenham and Epsom Downs.

During the lockdown, racing was suspended, to prevent the spread of COVID-19. Sporting events have now been allowed to return in the UK, although strict safety measures have been put in place. Crowds have not yet been allowed to attend races, however a pilot event with 20,000 people is planned to take place over four days at Doncaster from September 9th.

When Bushell was appointed to the role last September, she was expected to bring a modern perspective to the traditional organization. Bushell brought with her over twenty years of experience from a successful career in media and sport. She was the managing director at BT’s sport division for three years, and before that spent fourteen years at Sky.

“With Delia’s experience at the top of media, sport, technology and business management, we are delighted she will join us as our new Group Chief Executive. The Jockey Club has a talented team in place, so we needed to make a first-class appointment to lead the group. Over the months and years ahead under Delia’s leadership I am confident The Jockey Club will go from strength-to-strength in order to benefit our sport.”

Similarly, Bushell is a director at the England and Wales Cricket Board. In a statement it acknowledged the severity of the allegations, explaining that it would need to consult with her and the Jockey Club before it could make any further statement. 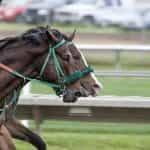