Ever the savvy businessman and corporation architect, Rupert Murdoch the head of News Corp has his eyes firmly on the sports betting market in Australia. British bookmaker Entain Group will be the lead transition vehicle in any structural change attempt, and along with Apollo Global Management, the two firms will attempt to take the Australian bookmaking industry by storm and flip the whole system on its head. 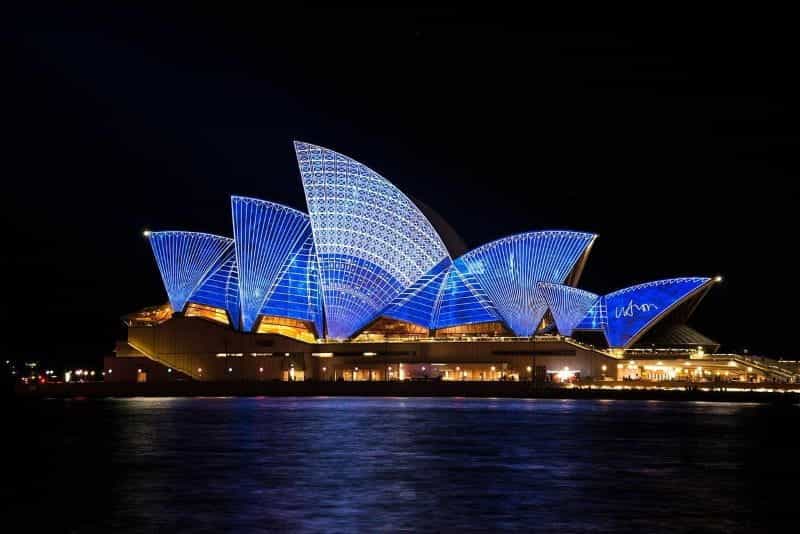 The harbour in Sydney is a centre-piece of the country, and could be a city engulfed in fresh competition from foreign sports betting platforms seeking to make an entrance. ©pattyjansen/Pixabay

The Murdoch family are well-experienced media tycoons having dominated much of the cable news business across the democratic world. In the US, Murdoch’s empire is truly vast and the family has established themselves as not only the leading figures in cable news but as a powerful entity in the spectrum of political lobbying and influence.

After launching several pilot projects with great success in North America the Murdoch’s have shifted their focus to Australia. Notable efforts in the United States were carried out under the Fox Bet banner, in conjunction with the Canadian-based The Stars Group. Having already established one of the UK’s most successful sports betting operators in Sky Bet, and later launching another bookmaker called SunBets, it is fair to say that Rupert Murdoch and his organization have great knowledge and expertise when it comes to raising new companies in this industry.

Given this high-pedigree of past project success, it is fair to say that the Murdoch family is incredibly confident in their ability to crack the Australian betting industry. Whilst it is true that the landscape of regulation, licensing, and legal processes will be inherently different, the same business model will be applied and executed in this region with high-anticipation of success.

The main focus of the father-son pairing will be to close in and encircle the sports betting industry in Australia. With Sky Sports already being the dominant force in sports broadcasting and OTT streaming across the ecosystem of apps in Australia, the business will seek to leverage its immense influence and power to gain a leg-up in the murky world of sports wagering.

Remaining offshore and detached from the main bulk of user operations will be pivotal to the long-term success of this strategy. In this spirit, the Murdochs are unlikely to take the lead on the ground when it comes to implementing their vision of an Australian bookmaker. Instead, they are likely to utilize a local consultancy that knows the ins and outs of the Aussie betting industry.

This approach is very wise from the business magnate. Knowing when you’re expertise is best served in listening to people with greater knowledge is the hallmark of a shrewd and successful businessman. Rupert Murdoch will employ the services of local businesses to help launch his bookmaking ambitions in the region. Finding the right partner for the job will be the immediate task that needs completion before any subsequent betting platform will be established.

Sources on the ground and in the know are already reporting that Rupert Murdoch and his son Lachlan have already been approaching key people within the local industry about their plans. These so-called expressions of interest will help lay the foundations of any future formal partnerships the group is planning to make.

News Corp to Take Plans Ahead This Year

The initial plans for News Corp HQ to venture into the world of Australian betting were drawn up in mid-2020 as the company sought new means to generate the revenue it was bleeding across other units in the business. It spent the latter parts of last year mulling over the potential strategy for kicking things off and weighing up several different options in terms of approach and execution.

The timing of this move is very interesting and significant for a number of reasons. Most obvious is the pandemic restrictions on the sporting world, all of which undoubtedly has an impact on the day-to-day sporting calendar, with fans unable to visit stadia, watching matches from home, betting online has exhibited a notable uptick in its popularity.

The country’s betting industry is currently being led by Tabcorp, but with Murdoch and his business empire now eyeing a potential entry into this market, bettors in Australia are about to have access to a wider portfolio of sportsbooks. The $4.7 billion per year sports and Australian horse racing industry is heading into new territory, and it marks a significant milestone in the development of these two areas.

All of this is good news for betting enthusiasts in this region, with higher odds and more welcome bonuses likely to be a direct result of these actions. So for those gamblers interested in a higher quality and range of betting products, it is certainly worth keeping tabs on the development of Murdoch’s expansion into Australia.