Betfred, a UK-based bookmaker with 1,650 locations and over 7,000 employees, has failed to pay its staff for overtime work. A whistleblower has given an exclusive feature to The Guardian, detailing low staff morale offset by feelings of exploitation and disenfranchisement. The bookmaker is owned by billionaire businessmen Fred and Peter Done.

A Disgruntled Whistleblower Approaches the Media 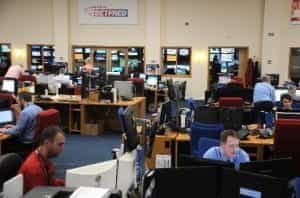 The Betfred head office is located in Birchwood © Warrington Guardian

According to a report published in The Guardian last week, an anonymous employee of the company reported that not only were employees missing potentially “hundreds of pounds” of deserved overtime salaries, but that Betfred had also promised to send out a companywide memo informing their workers to retrieve the funds. In fact, this memo was never sent.

Instead, employees believe Betfred is waiting for employees to approach them and file the claims themselves — claims they may not even have known they had to file. Because of this, many employees will not or have not filed claims.

Speaking about this issue and the typical working conditions, the anonymous whistleblower told The Guardian: “I don’t know one person in there who doesn’t do overtime. Everyone does it because they don’t have enough staff.”

Not the First Complaint

This is not the first time Betfred has been faced with criticism from staff and the media. In 2015, UK news outlets reported the company had offered loans to their staff — most of whom earn below minimum wage — with 39.9% interest rates.

These loans were offered to staffers through advertisements on internal sites for the employees and on televisions in Betfred establishments, but it was not immediately clear that Betfred was also the beneficiary: the loans were offered through a firm called Golden Tree, which was later discovered to be founded and owned by co-owner of Betfred, Fred Done. When asked to comment, a spokesperson for Betfred described the loan offerings as “a staff perk,” a cautionary measure to ensure their staff wouldn’t be swayed into borrowing money from other lenders they deemed less trustworthy.

That same year, over 110 employees of Betfred were fired just before the holiday season, without severance packages, breaking the employers’ contract with their staff. Affected employees were at risk of losing thousands of pounds without these packages.

”Many ordinary men and women are the customers and the lifeblood of Betfred and have played their part in making the owners, Fred and Peter Done, two of the richest men in the UK.”– Donna Kassim, Union Officer

The same feelings of neglect and exploitation are being echoed now by the anonymous whistleblower, who told The Guardian: “It’s disgusting that as workers on 10p or 20p more than the minimum wage we’ve put off taking holidays or are forced to work extra hours before a holiday to make up for the shortfall of wages that shouldn’t even be happening.”

Despite their riches today, Fred and Peter Done come from humble beginnings. In an interview with the Manchester Evening News last year, Peter Done described his hometown in the “slums of Salford,” where he shared a bedroom with his three siblings.

The sons of a bookmaker, Fred and Peter have had a knack for business and for betting for decades: in 1967, the brothers set up a gambling shop to place bets on England’s odds in the World Cup. The brothers aimed to make their shop different from their grungier competitors, and successfully opened a second shop a few years later.

Today, the brothers own over 1500 Betfred locations, in addition to the Tote, a pool-betting organization almost a century old, and Peninsula, a business consultation service.

As estimated by The Manchester Evening News, the brothers have a combined net worth of £1.35 billion and are ranked as the third wealthiest entrepreneurs in the combined Manchester and Cheshire areas.

When asked for a comment, a Betfred spokesperson blamed the company’s payroll system, saying: “As you will be aware, from April 2020 the law changes from a 12-week to a 52-week reference period, which has made it extremely difficult for employers to implement an automated payment through the payroll system … The fact that enhancements do not apply to all of an employee’s holiday entitlement, but only to their first four weeks, is an additional issue that is proving to be a real challenge.” 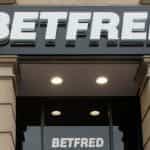