From the development team at NetEnt, Warlords: Crystals of Power has emerged as a fantasy-themed online slot that breaks the mould in terms of slot game graphics. 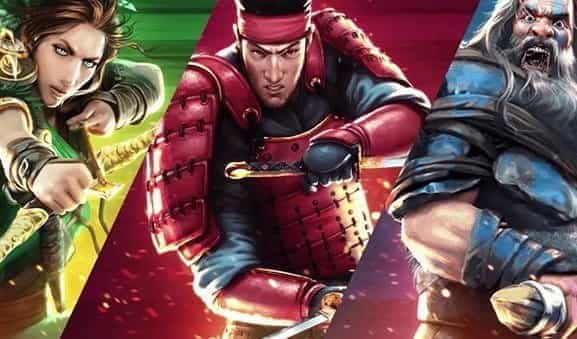 Relaying the fascinating narrative of three warlords and their quest for the Crystal of Power, this five-reel, 30-payline slot makes the Indiana Jones trilogy look like a day at the local park. It also features incredible graphics and a huge range of bonus features, including free spins and overlay wilds.

Make no mistake; this game offers the best graphics and quality of animation of any online slot in the marketplace. Here, golden reels spin against a dusky battlefield backdrop, with soldiers slowly making their way towards the front line to fight for their warlords. The intricacy of the symbols and background graphics must be seen to be believed, while they have the potential to distract you if you are not careful! 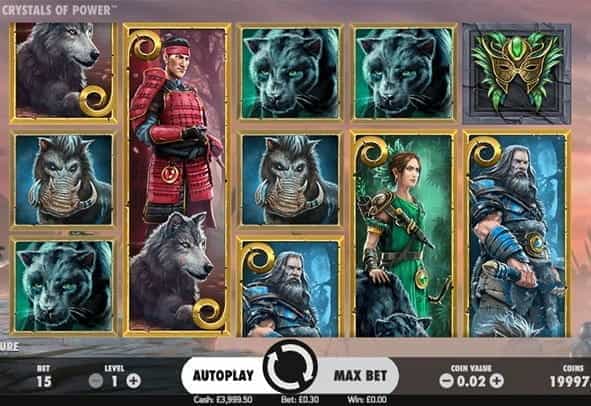 With this in mind, you may want to consider accessing the Practice Mode above in order to try the game for free. This helps you to understand the underlying gameplay as you familiarise yourself with the graphics, while you can practice for as long as required by reloading money continuously throughout.

From a pure betting perspective, Warlords: Crystals of Power can best be described as a low to mid-variance slot game with a narrow betting range. Coin denominations between 0.15 and 15 are available to players, while participants can also pursue a maximum, base game jackpot of 300x their initial line-bet. This can be set at the bottom of the screen, before you set the wheels in motion and start to play Warlords: Crystals of Power!

You will quickly notice the three Warlords dashing across the reels, and these appear as stacked symbols throughout. Other, small icons include their three pets, namely a panther, a wild boar and a truly impressive wolf. Three intricate and brightly coloured masks represent the lowest value symbols, so keep your eyes peeled for these throughout!

The wild symbol is depicted by a beautiful selection of gems within a gold inlay, and this can substitute for all others apart from the scatters. These play a central role during the game’s Random Overlay Feature, which can occur randomly during the base game and deliver an array of prizes. These include the Barbarian Hammer, which changes a 2×2 grid into wilds, and the Priestess Arrow that adds between two and five wilds to the reels. The Samurai Sword does the same, although this is restricted to reels one through until four.

When it comes to the scatter symbols, there are three to bear in mind. These are the red, green and blue banners of the Warlords, and they appear exclusively on reels two, three and four. Landing at least two of these will initiate the game’s Free Spins feature, which starts a battle sequence to turn all of the banner icons into the same colour. Once they match, there will be a Re-spins phase which grants a single spin and additional scatters, and players who land three ore will active the final phase.

This stage can take three distinct forms, depending on the colour of the scatters in question. Those that are blue will trigger the Barbarian Free Spins round, which awards up to nine complimentary turns featuring only the Barbarian, his animal and scatters across the reels. In contrast, the Priestess feature is represented by the green scatter, which will reward you with seven free spins and a potential multiplier of one. Finally, we have the red scatter which triggers the Samurai bonus feature, complete with five free spins and sticky wilds throughout!

It is certainly an online slot that you should look to play Warlords: Crystals of Power for real money, which you can do through our chosen online casino once you have signed up for an account. New players will also become eligible for an exclusive welcome bonus, which can be applied at your leisure across its huge selection of games.

This slot also has a return-to-player (RTP) rate of 96.89%, with the relatively complicated bonus features frequently activated during the base game.

While there is a certain charm in online slots that either emulate the classic one-armed bandit themes or ones that actually fully commit to a basic layout, you can’t deny that high-octane reels such as Warlords don’t use their dedication to action and over the top graphics effectively. For many online slots players, visuals are nearly just as important as payouts. So if you’re one of those players, you can feast your eyes on the following visually stunning online reels that also pack a strong punch.