Spelinspektionen, the Swedish gambling regulator has called on operators to improve player protection and act against money laundering more effectively. The regulator has criticized some multiple operators in the country for their failure to come up with and implement effective plans to mitigate problematic gambling. Additionally, the authority has released a new guide on how to tackle money laundering for operators in Sweden.

The issues of money laundering and high-level player protection are being tackled by the country’s gambling regulator. These issues are intertwined and improving them hinges on effective categorization of the risk levels of players, according to Spelinspektionen. ©orangetiagra/Pixabay

At the beginning of the year, the Spelinspektionen commissioned a survey that aimed to assess operators’ plans to ensure a high level of player protection when using their services. Under their licensing agreements, operators in Sweden are legally required to provide checks and measures that ensure that players are protected from developing dangerous gambling habits and problem gamblers can reduce their playtime.

Each licensed operator in Sweden is, therefore, expected to have developed an in-depth plan of action that describes the methods it employs to help protect players from excessive gambling. These plans were collected and assessed by the regulator as part of its survey. Overall, many of these plans were lacking, according to the regulator, and did not adequately provide sufficient controls to counteract these issues.

One of the more common shortcomings of operators in the gambling market was for them to fail to describe the warning signs used to diagnose excessive gambling. Of the 67 licensed operators in the country, Spelinspektionen found that 10 failed to provide plans detailed enough in this regard.

The regulator believes it is important for operators to identify the signs that are indicative of dangerous gambling activity as it allows them to accurately follow and help those who are showing worrying signs.

To effectively mitigate the dangers of excessive gambling and ensure that players are successfully protected, operators need to have plans in place to quickly contact players demonstrating worrying behaviors. According to Spelinspektionen, it was also common for the action plans to be lacking in this regard. Overall, a further 10 plans did not adequately provide methods for doing this.

For example, if a consumer has previously made use of the self-exclusion register offered by an operator, the provider should quickly contact them in the case that they begin gambling again. This action is to ensure that players are in a good mental state to be gambling again and would not be gambling excessively. According to Spelinspektionen, more than 50% of the companies operating in the Swedish market did this.

Spelinspektionen has noted that those who should potentially be monitored most closely by the operators are those who set themselves significantly high deposit limits. These players are described as higher risk players and, therefore, should be closely watched by the service providers in order to better protect them from the dangers of excessive gambling.

These players are important to monitor because many of the systems designed to flag excessive gambling in Sweden are based on warnings that are triggered by consumers reaching their deposit limits. Whilst many operators are aware that higher deposit limits indicate higher risk, many were not giving enough attention to these players specifically.

Another issue that was identified by the regulator was that about 10 operators did not have adequate plans to reduce play amongst excessive gamblers. This criticism related to a trend amongst operators to not disseminate enough information about the implementation of restrictions on at-risk accounts.

Some of these operators also failed to apply restrictions to accounts unless the player had explicitly admitted that they had a gambling problem. It is easy to see how such an approach could be detrimental, as many who suffer from such problems are reluctant to admit the severity of the issues and are unlikely to contact an operator in these events.

One of the more critical areas that Spelinspektionen identified for operators to improve was in their consistency of assigning risk levels to new accounts that are opened. According to the regulator, if operators fail to do this, it subsequently becomes much more difficult for them to identify and act-upon unusual gambling activity from such accounts.

Whether to collect the data and what data should be collected should be determined by the individual risk level of the account holder. For example, someone with a moderate level of risk may just have information on their taxable income collected to determine the origins of their funds.

If a player is deemed to be higher risk, the operator may need to contact them directly and should undergo a more exhaustive list of checks to determine where the money is coming from.

In addition to closer monitoring of account holders, the regulator also suggested that operators should only allow closed-loop money transfers. This type of transaction means that just one person may withdraw funds from the account they deposited into – this person should be the account holder and no one else.

The regulator also ensured that operators were aware of their commitments to upholding the measures outlined in the country’s money laundering legislation. Under these laws, operators are expected to regularly assess the risk of money laundering, to check the identities of players registered to their books and to consistently inform the authorities of suspicious money-spending trends.

Spelinspektionen has told operators that they do not need clear evidence of money laundering or the financing for terrorist organizations in order to report individuals to the financial police. The regulator hopes that this will encourage operators to share any information, even if it is just a suspicion of foul play.

In other Swedish news, on the 2nd of July 2020, the country implemented deposit limits and time-restrictions on player’s accounts to help protect consumers from the dangers of excessive gambling during the COVID-19 pandemic. These plans have been heavily criticized by many organizations but from now until the end of the year, players will no longer be able to deposit more than SEK5,000 each week.

These plans have been seen as potentially detrimental to the efforts to channel players in the country towards the regulated market, and have also been criticized due to the evidence recently unearthed that seemed to highlight that fewer players were gambling during the lockdown in the country. 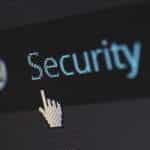