Any residual hopes that Crown Resorts would be reopening one its prime pieces of real-estate this week have been dashed as the Southern Australian state of Victoria deals with a fresh outbreak of COVID-19 infections. The city of Melbourne has been put into a regional lockdown for at least 6 weeks as residents of the city are ordered to shelter in place, and non-essential businesses close.

The city of Melbourne has once again been placed under a wide-sweeping lockdown in response a spike in COVID-19 cases. Crown Resorts Melbourne as a non-essential business has been forced to close its doors for a further six weeks. ©lincolnportbury/Pixabay

It is reminiscent of many second-wave outbreaks across other densely populated parts of the world, the spike in Melbourne cases has been traced back to a hotel that failed to implement basic security protocol, flouted the advice of health authorities, and generally failed in its responsibility to protect the guest from the novel virus.

The situation in Melbourne is in stark contrast to the rest of the country, major cities including Perth and Sydney have recently reopened, and are returning to a version of normality. The plight of Melbourne residents is akin to the localized lockdown in Leicester, UK, the ‘whack-a-mole’ response strategy to regional outbreaks of COVID-19 infections seems to be the new modus operandi of democratic countries.

Crown Resorts in Melbourne which has ceased operations since mid-March had been preparing to reopen its doors, but now looks set to remain shuttered for a considerable time yet amidst a surge in coronavirus cases in the region. As Crown Resorts Perth prepares to reopen, Melbourne will be looking at a sustained period of reduced activity.

As one of the largest casino operators in the country, Crown Resorts relies heavily on its retail business, as online gambling laws in Australia prevent them from generating revenue over online casino platforms. Crown Resorts initiated layoffs and debt funding as they scrambled to sure up their balance sheet. The full impact of the economic devastation is still to be realized, but this latest order to close locations in Victoria is bad news for Crown Resorts, and indeed all other non-essential businesses.

The new reality for Crown and all other casinos around the world that rely on customers in the building to keep the business model functioning are suffering a similar fate. Adapting to the new restrictions imposed by the government goes against the efficiency ambitions of these businesses, but with the consequences severe in terms of public health, the majority of business leaders recognize the importance of their responsibility.

Fortunately for Crown, decades-long growth and prosperity across multiple locations has provided them with a considerable war chest, immense liquidity, and capital reserves that are assisting them ride out the economic shock of the pandemic.

Borders Closed Down as Cases Surge

For the first time in over 100 years the border between Australian states Victoria and New South Wales are closed – only those with explicit permission from local authorities are able to move freely between the two regions. Other high-concentration areas in the region have been at the center of the response from authorities as they battle to slow down the spread of the disease.

Crown Resorts have signaled that they are taking this crisis with the utmost seriousness, and continue to take many precautions to protect their guests at other locations not subject to government-enforced lockdowns.

At Crown, the health and safety of our employees and guests is our priority. That’s why over the last few months we have been working hard behind the scenes to implement a range of measures which are now in place, aimed at reducing the risk of spread of COVID-19.Official statement on safety and hygiene by Crown Resorts, as seen on Crown’s website

Whilst the response of Crown Resorts has been exceptional thus far, going above and beyond the requirements in many cases to ensure that only the safest possible conditions were possible before inviting guests back on-premises, Victoria government has taken the responsibility away from individuals and businesses with sweeping new lockdown laws.

Over five million residents have been ordered to shelter in place for six weeks throughout the state of Victoria, this targeted action comes as Victoria sustained 191 COVID-19 infections in a single day, the highest single-day infection number since the start of the pandemic.

The second-largest city in Australia began showing signs that a possible second-wave of infections was coming in mid-June. At that time, businesses were beginning to come out of the original lockdown and citizens were reducing their practicing of social-distancing guidelines. But as infections began to rise at the end of June, the fear and tensions quickly returned to the region.

Melbourne has been dealt a pretty harsh lesson that even when you are seemingly close to the end of a quarantine period and can see the light at the end of the tunnel, things can drastically take a different course.

One thing that is becoming clear throughout the pandemic is the localized nature of outbreaks. It doesn’t make much sense to appropriate policies on national or even regional levels, as we have seen in outbreaks around the world, small geographical areas that have an active social interaction between participants can have rapid surges in cases whilst nearby neighborhoods can be relatively unaffected.

As an understanding of asymptomatic transmission becomes increasingly clear, and testing processes much more streamlined, clearer and more consistent policies will duly follow. In this instance of Melbourne though, six more weeks of lockdown and the closure of all local non-essential businesses, including the Crown Resorts Melbourne facility, is the immediate remedy. 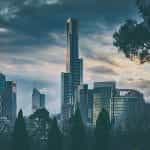