The release, which is titled Lucky Cat Blackjack, comes from the Bunfox Games division of the software group, which is tasked with creating new and interesting games. A particular emphasis is placed upon developing new features for classic games, in this case online blackjack.

In a full press release, Genesis Gaming described the new product as introducing “brand new gameplay”. This refers to one specific part of the game: a bonus feature. If the dealer busts, with a score of 22, four dice appear and roll across the screen. Depending on how they finish up, players can win up to 100x their initial bet, if the lucky cat paw symbols appear on each of the four sides facing upwards.

Michael Lee, the Chief Innovation Officer at Genesis and Bunfox, said that the company was “very excited to introduce Lucky Cat Blackjack to our players. As a Blackjack player myself, I knew I wanted to make this game as soon as Geoff showed the concept to me”. He continued, stating that it is precisely the “thrilling” nature of the bonus feature that appealed to him, and hopefully to players.

However, Lee was keen to make it clear that the company had not relied simply on the good idea behind the gameplay: “We spent a great deal of time designing the art, visual effects and player interactions to bring the theme to life and give our players an exceptional gaming experience like no other Blackjack they’ve ever played”.

The idea for the game comes from the well-known and respected casino game inventor Geoff Hall. Hall is famed for having created Blackjack Switch, which allows for the two top cards of a player’s two hands to be switched. The reasoning is that this allows for a far higher chance of a natural blackjack, or simply a chance to vastly improve one’s chances of winning a hand. In order to offset this advantage, natural blackjacks are paid 1:1 instead of the traditional 3:2 and if the dealer busts with 22, all hands are pushed, rather than winning. Due to these rule changes, the game has become popular with casinos and players alike. An online version, developed by Playtech, can be found at numerous UK casino sites.

”Genesis’ deep knowledge of gambling games and their strong understanding of players makes them the perfect partner to bring my games into the online digital world. Lucky Cat Blackjack is our second collaboration to be launched following our first success last year, Zombie Blackjack. I’m very excited to see the release of Lucky Cat Blackjack as it coincides with the land-based introduction of the game in Las Vegas”– Geoff Hall, Lucky Cat Blackjack creator

Hall was a professional gambler and card counter before he turned his hands to creating new variants of the game that he had spent years trying to beat. Since creating Switch, Hall has gone on to work in close conjunction with certain developers, creating other games such as Free Bet Blackjack and Zappit.

Lucky Cat Blackjack is not the first blackjack variant to have been released by one of the divisions of Genesis Games. Nor is it the first to have been dreamt up and sold to the company by Geoff Hall. Both of these claims belong to Zombie Blackjack.

This game was released in July 2018 and has seen successes across a large number of online casino sites. The vast majority of these, as is in line with Bunfox’s business strategy, are based in Asia and cater solely to the Asian markets. However, if these new releases fare well, it is more than possible that the European markets may soon be able to access table games born in the Genesis Games lab.

You can see the official trailer for Zombie Blackjack from Genesis Gaming’s Bunfox studios below.

More About the Genesis Group

The group is split into three distinct software development studios: Genesis Games, Bunfox Games and Radi8 Games. The games from these studios are then integrating using various platforms that are researched and developed by the in-house company IntelliGen. The different branding of each section of the business allows each to focus on a specific market niche, and to streamline their individual processes and aims.

Overall, the company has released more than 200 video slot games, and with the current releases, this number appears as though it will continue to rise rapidly. This will also, of course, be augmented by occasional table game releases, such as Lucky Cat Blackjack. 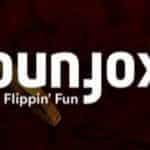