According to iSoftBet, Dalai Panda boasts a 95.81% return to player (RTP) percentage, a ‘Medium-High’ Volatility and HIT of 27.92%.

The game uses two separate three-by-three reels that spin simultaneously, which can also count together if there would be wins possible across a six-reel, three-row grid. This offers a potential 729 wins in each direction, which the game development company described as “paw-dropping”.

The slot features a free spins round, during which additional Extra Wilds, Wild Reels, Extended Wilds and a 2x Multiplier can appear.

The Dalai Panda is one of our most innovative developments to date, and offers a unique and highly enjoyable experience. –Michael Probert, Chief Commercial Officer at iSoftBet

Probert continued, “Focusing our game around the wisdom of the Dalai Panda, and having a title character that actively helps players along their user journey, we are sure that this will be one of our biggest hits.”

The game is optimised for mobile gameplay, much like the rest of the slot titles under the British company’s belt.

The slot game is iSoftBet’s eighth new game release so far in 2018, bringing the company’s total game portfolio up to 71. It closely follows the launch of Hot Spin, the firm’s first mobile-friendly slot game to be displayed in portrait mode.

This new slot game from iSoftBet is loosely based on the spiritual leader of the Chinese province of Tibet, the Dalai Lama. Interestingly, there are no giant pandas like the slot game’s title character to be found in Tibet, resulting in rather a loose interpretation of the theme.

The game will be available as part of the company’s Game Aggregate Program (GAP), which brings together many different titles from various software developers into one package for online casino operators. 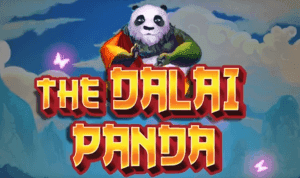 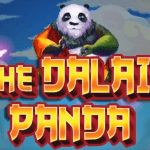