Konami has announced a surprise pair of ‘Silent Hill’ slot machines. The move has been met with controversy, as diehard fans of the legendary horror game are skeptical of Konami’s new direction. Nevertheless, this new slot game will offer casino-goers an exciting and unusual type of game to play. 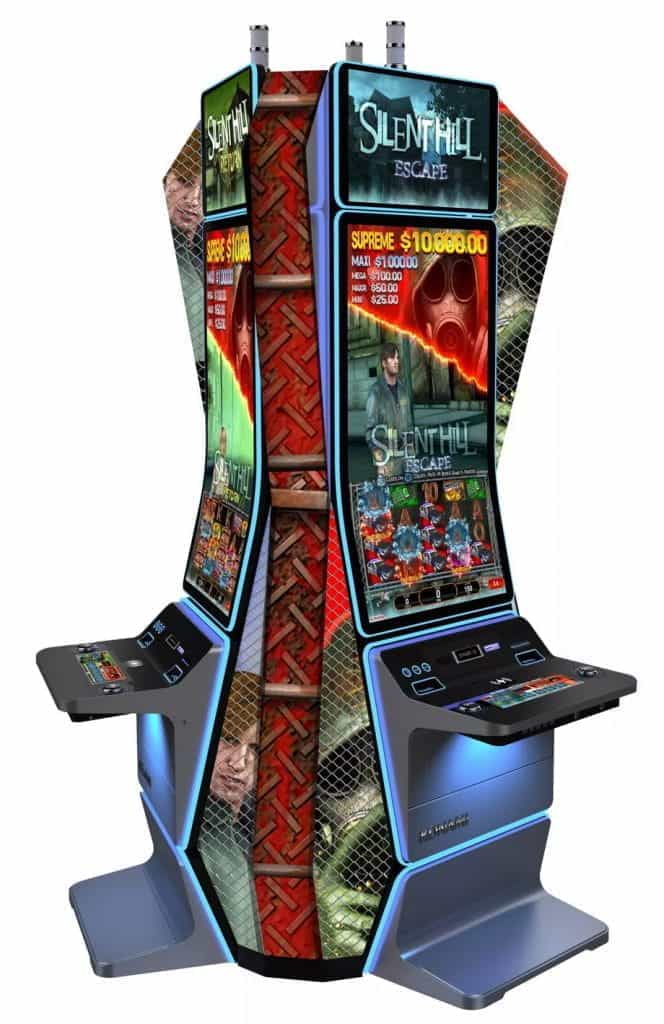 Konami has created not one, but two brand new ‘Silent Hill’ themed slot machines. ‘Silent Hill Escape’ and ‘Silent Hill Return’ both draw on one of the developer’s most critically acclaimed gaming franchises. For those unfamiliar with this title, the ‘Silent Hill’ series is a set of survival horror video games set in a fictitious American town. Since its first title released in 1999, the series has gained a cult following. It is this large fan base that has expressed its disregard for the new ‘Silent Hill’ slot machines.

The announcement comes ahead of their appearance at G2E, the Global Gaming Expo in Las Vegas. G2E describes itself as ‘the largest gathering of global, commercial and tribal gaming professionals in North America’. Here, Konami will be able to showcase their new gaming cabinets and titles to an audience of industry professionals.

Despite some negative press from the gaming community, Konami has a positive outlook on their latest offerings. The Executive Vice President of the firm said the “aim is empowering operators with exceptional entertainment to reach and engage today’s players and beyond” and that the company is “actively leveraging a combination of top technology, talent, design, and development to deliver a host of new products at this year’s event, through the immediate years to come”.

“This cabinet is a striking combination of sleek entertainment, premium packaging, and player comfort, backed by a rich library of original titles. Everything, including its shape, screens, betting surface, and available merchandising, has been engineered to maximize both player experience and operational results. This latest cabinet is the first glimpse at great things to come from Konami.”– Tom Jingoli, Executive Vice President & Chief Commercial Officer, Konami

This is not the first time that Konami or the ‘Silent Hill’ franchise has courted controversy. In April of 2015 the ninth installment, ‘Silent Hills’ was canceled suddenly. This action came as a shock to fans and industry pundits alike, as it’s precursor ‘P.T’ – a ‘playable teaser’ – was met with positive reviews. ‘P.T’ was created in collaboration between Hideo Kojima and acclaimed film director Guillermo del Toro. Following the abrupt cancellation of ‘Silent Hills’ and removal of ‘P.T’ from the PlayStation Network, Del Toro said that he would never work on a game again and described the move as ‘one of the most moronic things I’ve ever witnessed’. Konami then removed itself from the New York Stock Exchange and expressed a new focus on mobile gaming.

Later in 2015, another huge change came for Konami. Hideo Kojima, Konami’s most celebrated video game producer, parted ways with the company. He is most well known for developing titles in the ‘Metal Gear’ franchise. There has been much speculation over what really happened, although the general consensus seems to be ‘artistic differences’. Since the split, Konami has moved away from video games and now develops an array of casino and mobile games.

This isn’t the first slot machine that Konami has developed with a ‘Silent Hill’ theme. Their first pachinko machine was actually launched in 2015. However this one didn’t seem to leave Japan, so it didn’t garner much media attention. This time, Konami has chosen a much more public approach, designed to showcase its new identity at the forefront of the casino gaming industry. Konami have also recently established themselves as a competitive force in eSports, with the announcement of an innovative new complex.

Despite a distinctly negative response from the video gaming community, it can’t be said that Konami isn’t doing well. In fact, drawing on its own gaming history with the inclusion of the ‘Silent Hill’ slot machines is proving to be one of the company’s most savvy decisions of late. Konami might be ruffling feathers, but they are also drawing media attention. They have got people talking about their new games and are attracting a new audience to casino gaming. Horror titles are pretty uncommon when it comes to slot machines, so in creating one, what better source material could there be? These new games will spark a lot of interest at casinos, simply because they are different from most other slots. Konami might not be pleasing everybody, but they certainly know how to shake up the industry.