Microgaming has revealed a brand new selection of games to be released throughout the month of April. The Isle of Man based developer has worked closely with its handpicked network of independent studios and content partners to produce an exciting and diverse range of slots. Fans can look forward to a broad range of themes and innovative game mechanics.

Leading online casino software provider Microgaming has just announced it’s latest reel of new games. Since 1994, this company has been creating award-winning games that have gone on to be enjoyed all over the world. Following up on last month’s exciting releases, April’s titles are fittingly diverse and innovative.

“April will see Microgaming strengthen its content portfolio with a variety of dynamic games from its network of independent studios and content partners. Rich in rewarding features, stunning visuals, a range of volatility levels, and diverse characters and styles, including striking gladiator and caveman themes, there is plenty of choice available for our customers this month.”– James Buchanan, Director of Global Operations, Microgaming

Just For The Win, the studio behind fan favorites ‘Treasure Skyland’ and ‘Wonder Woods’, has developed this fun-filled slot exclusively for Microgaming. Anderthals promises to take players back in time on a wild prehistoric adventure.

Andy and Annie Anderthal are a perfectly normal couple, other than the fact that they live in a cave and ride a T-Rex. This 5 reel and 40-payline slot boasts vibrant artwork, a lively soundtrack, and a fast pace. There is an abundance of special features, which can be triggered randomly with every spin.

Players can look forward to multipliers, expanding wilds, respins and free spins. These features are placed just above the reels, offering even more chances to trigger them. A win potential of up 2,219x means that this hotly awaited slot is certainly worth a go. ‘Anderthals’ is set to be released on April 7th.

Roman gladiators battle it out in Arena of Gold, to win fabulous treasures. High quality illustrations, a clean layout and stirring soundtrack make this a slot that is entertaining and easy to play.

This Roman Empire based slot is laid out with 5 reels and 25 paylines. Special features include free spins with merged reels and Golden Respins, which can be triggered by landing six or more coin symbols on the reels. All41 Studios has created this slot exclusively for Microgaming, and it is due to be released on April 21st.

Diamond Force is a superhero quest developed especially by Crazy Tooth Studio. You may already know these talented developers, thanks to popular titles ‘Seven 7’s’ and ‘The Incredible Balloon Machine’, released earlier this year.

Help these four heroes to protect their city, in this 5 reel, 1,024 payline game. Special features include the ‘Team-Up Feature’, which offer multipliers and ‘Team-Up Bonus Spins’. ‘Diamond Force’ will be available to play on April 14th.

This intriguing slot is one of the most exciting new releases this month. It is the first title for Microgaming from new Helsinki based development studio Snowborn Games. Welcoming the studio to it’s network, Microgaming’s Chief Commercial Officer Jean-Luc Ferriere said that he is excited to expand the company’s “diverse portfolio with unique and entertaining content”.

The Vault shows a lot of promise for the ambitious studio, with its unique design and story. The game follows Jewel, a talented burglar, as she carries out a sophisticated bank vault heist. She’s on the hunt for ‘The Pink Dawn’, the world’s largest diamond. This slot boasts sleek visuals and features, laid out on 5 reels and 20 paylines.

Exciting features include respins, which can be triggered by landing two or more bonus symbols. Stacked wilds and free spins also offer even more opportunities to win big. On April 28th ‘The Vault’ will be available to play through Microgaming’s operators.

“Through Microgaming’s content aggregation platform, players will be able to enjoy our innovative games with leading operators in all major markets. The Vault displays stunning 3D art and a beautiful visual setting in addition to elegant symbolism to enhance the game’s atmosphere. We are proud to team up with Microgaming and look forward to providing them with many more exclusive games in the coming months.”– Björn Zethraeus, CEO, Snowborn Games

These aren’t the only slots that Microgaming will be releasing this month. An exciting array of titles from the operator’s leading content partners will also be made available. Players can look forward to the following games. 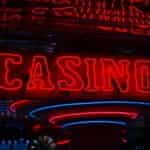