Online casino giant Mr Green has confirmed the relaunch of Garbo.com. Designed to appeal to female players, the casino site was acquired in 2014 but the launch was put on hold while devs created a new mobile first technology platform. 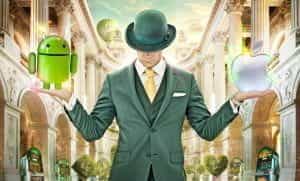 The initial launch is in the highly competitive Swedish online gaming market with plans to expand to other countries as well. The platform is bucking the trend, structured for mobile gamers. Oskar Mühlbach, the firm’s Chief Venture Officer, has been tasked with the relaunch of the site. Commenting on the site’s potential further afield, he said: “There is a big number of mobile gaming sites on the Swedish market, however, with Garbo’s sometimes provocative profile, I believe there is a position open for us.”

Garbo.com offers a range of classic casino games including roulette, blackjack and a selection of online slots. Games from an array of software developers including industry giants NetEnt, Microgaming, NextGen Gaming and Evolution developing a mobile casino app primarily for the use on all mobile devices with an aesthetic to appeal to the ‘chic trendy sophisticated’ player.

Mobile first casinos are nothing new, LeoVegas burst onto the online casino scene as ‘mobile-first’ five years ago and has maintained its position as industry leader ever since thanks to its focus on players on the go. While the internet is hailed as the foundation of most technology we know and use today, the smartphone arguably gave rise to the real digital boom. People can access the internet without the need for laptops or computers.

Due to the rise of the smartphone the industry has made a huge pivot towards mobile gaming. Casino apps surpass the point of being a nice add-on for brands as usage is considerably higher than that of desktop. The stats speak for themselves, mobile gambling in the UK, in all its forms account for the biggest sector in UK gambling worth £4.5 billion for the year to March 2016 according to the UKGC. An upward trend given the valuation the years before. Smartphones’ ever-increasing levels of capacity appeal to casinos who aside from the porn industry were some of the earliest adopters of the power of the World Wide Web. 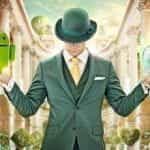