Ever since Chinese President Xi Jinping’s anti-corruption reforms, Macau’s significant income from the casino industry has been falling — and recent political activity, not to mention the weather, haven’t helped. The small island, measuring just under 30 square kilometres, experienced 8.6% revenue loss in August 2019, as reported by the Macau Gaming Inspection and Coordination Bureau. Macau is the only region in China where gambling is legal. 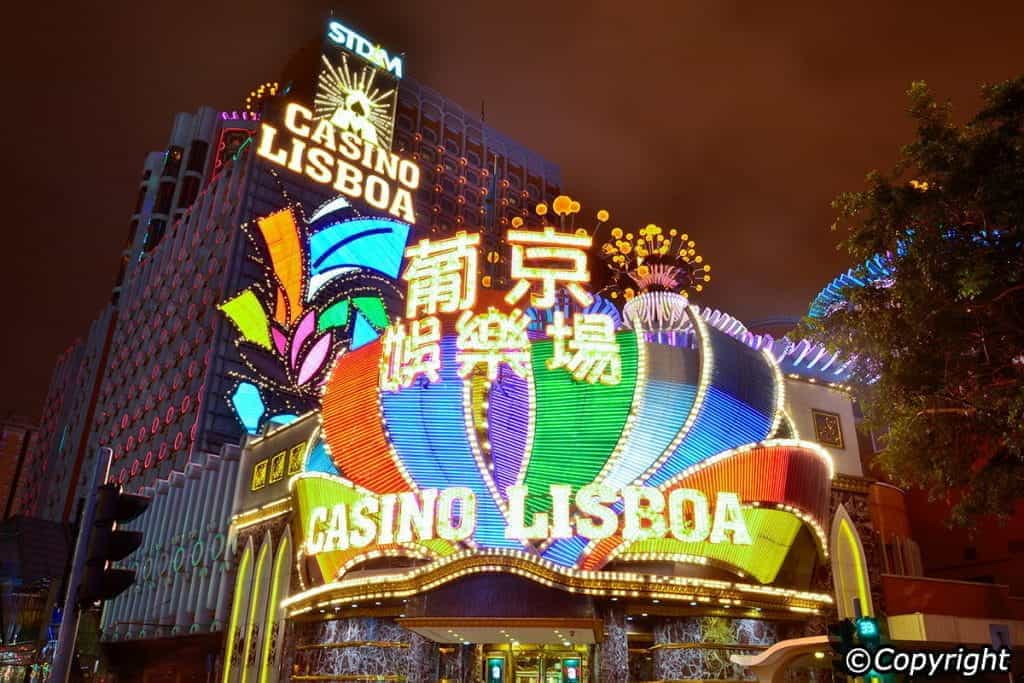 It is unclear what the tariffs will do to casino revenues © china-macau.com

Following slumps for five out of the last eight months of 2019, analysts predicted between 2 and 6% revenue loss for August. August 2019 yielded 24.3 billion patacas (around 2,7 billion Euro) for the island, down from 24.4 billion patacas in July. Still, this is not the worst month Macau has had this year: April and June 2019 fared worse.

As news of Macau’s revenue losses spread, stocks for Macao casinos dropped accordingly, reports Reuters. Wynn, which typically relies on its Macau location for 70% of its annual revenue, experienced a 10.39% loss following its dismal August performance. In fact, the six casino operators in Macau lost significant value in their share prices this spring, dropping 26% on average since spring 2018.

Tax revenues peaked in Macau before 2014, when President Xi Jinping enacted anti-corruption reforms targeting the highly exclusive, high stakes VIP gaming rooms hosted in Macau casinos. These VIP gaming rooms were viewed by the Chinese government as hotbeds for illegal activity, where, writes William Vlcek for The Conversation, “a large part of the big money being gambled by these VIPs was seen as the proceeds of bribery and corruption on the mainland.”

These reforms encourage Macau casinos to shift their focus from gambling to entertainment, much in the style of Vegas casinos, with compelling performers and shows to continue to draw tourists.

Macau isn’t the only place being targeted by the Chinese government: Xi Jinping’s administration is moving to limit access to gaming on mobile phones and online for the entire country.

In the 12 years between freer casino licensing regulations that allowed international casino magnates to open locations in Macau, casino income swelled by 2014 to 84% of the government’s total revenue. In 2017, this number decreased to 79%. 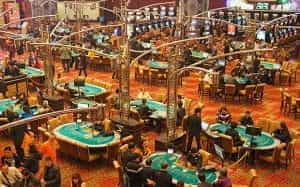 Outside of the VIP gambling rooms, the casinos in Macau are staying busy © The Telegraph

In addition to Xi Jinping’s reforms, a number of additional causes have been considered: among them, slowing economic growth in China overall; frosty trade battles with the US; a typhoon hitting several cities on China’s coast; increasing competition in other Asian countries (Singapore and the Philippines among them); and the continuing protests in neighbouring Hong Kong.

In general, the largest source for the decline within the casinos is a dwindling income from VIP visitors.

Trouble with the Neighbours

Hong Kong and Macau have long been collaborators in tourism and industry, even building a bridge between the two cities as of October 2018 (the Hong Kong-Zhuhai-Macau Bridge) and transforming Hong Kong’s airport into the nearest port for Macau tourists. As the protests in Hong Kong continue to rage on, tourism to Macau has been affected, stalling transportation and visa processes. Interestingly, tourism to Macau in the first six months of 2019 grew 20% overall compared to 2018, yet casino revenue still suffers.

More even than the Hong Kong protests, which have deterred some visitors, many speculate the greatest causes of the slowing casino revenue can be linked to ongoing trade tensions between President Donald Trump and President Xi Jinping, who are increasing import and export tariffs to one another’s’ countries, and scaring off potential high stakes tourists who would otherwise frequent Macau’s casinos.

Following increasing pressure from President Trump towards trade relations with China, three out of the six casino operators in Macau (Sands China, Wynn, MGM China) are uncertain if their licenses will be renewed when they expire in 2022. According to a recent report by Fortune, these US-owned casino companies constitute 60% of Macau’s casino-based revenue.

What does the future hold?

Still, some operators, such as Malaysia’s Genting , remain interested in securing a license to open a casino in Macau. Sands China COO, run by Wilfred Wong Ying Wai, has managed to avoid a certain amount of pain this year, as they’ve made a name for themselves outside of the VIP gambling market and so were less dependent on this income. Since 1 September, stock value has increased 12% for Sands (LVS). 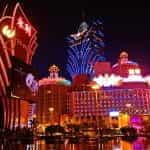