The Advertising Standards Authority (ASA) has ruled that an advert for a Monopoly-themed online casino game must be banned as it may appeal to children. The advert in question features Monopoly’s cartoon mascot, Rich Uncle Moneybags, and there are concerns that the familiar character may make it more likely that under-18s will be attracted to the game. 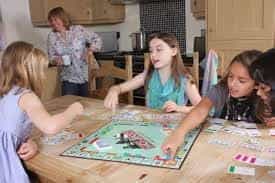 The advert appeared on the Mirror Online website and the ASA has ruled that it is in breach of the Gambling Act 2005, which came into effect in September 2007. This act states that: “betting and gaming ads should not appeal to [under 18s] in particular, especially by reflecting or being associated with youth culture.” The casino game itself is themed around Monopoly, a popular board game which is generally considered to be a family game. There is a worry that linking gambling to a game played by children will encourage people under the age of 18 years to play the casino game as well.

The ASA has yet to publicly publish its ruling but has told Entertaining Play, the company behind the advert, that the advert must not appear again. Entertaining Play, a Gibraltar-based operator owned by Gamesys, insists that the character of Rich Uncle Moneybags was not likely to be attractive to children.

There is currently a lot of discussion in the gambling industry regarding children’s exposure to gambling and adverts promoting gambling. Adverts for casinos, betting shops, and bingo halls can be found in many places, such as television adverts, computer games, football shirt sponsorships, and on social media. Some believe that many of these channels should be more careful and better policed to ensure that children are not encouraged to gamble.

An audit by the Gambling Commission – the regulating body for all gambling operators in the United Kingdom – in 2018 revealed that the number of problem gamblers aged between 11 and 16 years old has risen significantly to 55,000 over a two-year period.

What Is Everyone Saying?

The ASA has said: “We considered that Monopoly was a family game generally played by or with children and that under-18s would therefore recognise and find the ad’s references to it appealing. […] In addition, the ad featured a prominent image of the Mr Monopoly character which had exaggerated features reminiscent of a children’s cartoon, which meant the image would also be appealing to under-18s. […] Taking account of the ad as a whole, we considered that the use of the Monopoly logo and the depiction of the Mr Monopoly character meant that the ad was likely to appeal more to under-18s than to over-18s.”

Entertaining Play vehemently denied this categorisation of the advert. They argued that the character was not likely to attract children, and also refuted the claim that he was reminiscent of children’s cartoons. They stated that the character was dressed in adult attire and “did not possess exaggerated features and did not mimic any style of cartoon character seen in current children’s programming”. The company also insisted that the colours used in the advert were not “garish or overly vibrant and did not draw inspiration from youth culture”.

The Right Rev Dr Alan Smith – bishop of St Albans – has also weighed in on the discussion. He supported the ASA’s ruling and said that he had “no doubt” that the “smiling cartoon character which is the logo of this family board game” would appeal to children. He went on to say, “Board games should be allowed to remain board games and must be off-limits to gambling companies pushing boundaries in order to normalise highly addictive casino games. I hope other companies that stoop to these tactics take note and remove similar adverts”.

Hasbro, the makers of Monopoly, has not commented on the ruling. 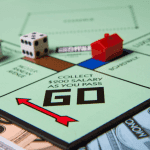 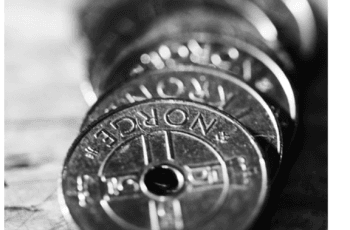