Plans for a New Ombudsman for Gambling Industry

Labour deputy leader Tom Watson revealed that Labour would set up a new gambling ombudsman to protect customers from “predatory” practices in the industry. This announcement comes after numerous scandals have been brought to light in the industry, showing companies taking advantage of customers. 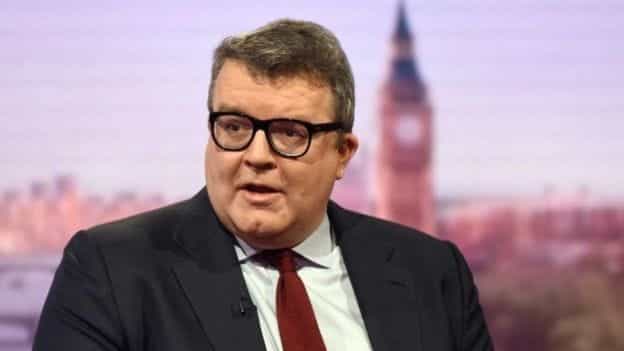 Tom Watson Will Give a Speech About New Gambling Regulations © BBC

Watson will unveil the latest steps for a plan to overhaul betting regulations in a speech at the think tank, Demos. This all follows a party review published last year that promised a “radical overhaul” of gambling regulation and advertising.

In September 2018, the Labour party published its response to a review into problem gambling and its treatment. Tom Watson MP and Jonathon Ashworth MP spent a year consulting with those suffering from gambling problems, as well as gambling addiction specialists, charities, and industry bodies to determine whether existing regulations are adequate and what improvements are needed.

“Problem gambling is Britain’s hidden epidemic and we must treat it as a public health emergency. Current gambling regulation is not up to the job of protecting addicts and those at risk of addiction. Treatment is patchy across the country and too often patients are misdiagnosed and not treated by specialists who can spot the signs of gambling addiction.”– Tom Watson, Deputy Leader of the Labour Party and Shadow Digital, Culture, Media, and Sport Secretary

The review called for numerous changes to be made to current regulations, including a ban on credit card betting and new rules to allow addicts to tell their banks to stop online gambling transactions. It also suggests that Labour will introduce a compulsory levy on gambling operators of 1% of gross gambling yield, as well as a “whistle to whistle” ban on gambling advertising in live sports.

Watson emphasised that gambling companies need to take more responsibility for harm caused by their products and should contribute more to research and treatment. He also placed some blame on the current government, saying: “We must also face up to the negative effect the explosion in gambling advertising has had and act accordingly. It’s what any responsible Government looking to address gambling addiction must do. The refusal of the current Government to address any of these issues is letting problem gamblers and their families down. Labour’s new policies announced today aim to build a world-class framework for the prevention and treatment of problem gambling.”

In his speech, Watson will highlight the story of a woman who was encouraged to keep gambling by online betting companies LeoVegas and Casumo, despite having already lost tens of thousands of pounds on a dozen credit cards. The formerly successful accountant accused the operators of ignoring obvious signs of her addiction. Instead, they continued to offer her bonuses to keep her betting.

Her losses included £54,000 in an overnight spree where she was allowed to place bets of more than £380,000 on one website in a single session. She was not subjected to the usual affordability checks due to her status as a VIP customer and was given numerous free spins to encourage her to keep gambling. Casumo even offered her free tickets to events at Wembley Arena. Casumo records show that the company only noticed her unusual betting behaviour eleven hours into the spree, sending her an email inquiring about it. After the email was sent, the woman gambled a further £7,000. Casumo only blocked her account in the afternoon after the woman reached out to the company herself.

A similar series of events occurred later in the year. The same woman found herself struggling for control on LeoVegas gambling website. The company gave her VIP status and allowed her to place bets using multiple credit cards, despite 291 failed deposit attempts. She placed £382,844 of bets on a slot machine in a 24-hour non-stop gambling session. A couple of weeks later, by which time she had placed more than £1million in bets, the company emailed her to add a special loyalty bonus to her account.

There are many stories similar to this one, showing the lack of protection currently afforded to problem gamblers. An investigation by The Guardian last year showed how Ladbrokes had accepted millions of pounds in bets from a problem gambler who was using stolen money.

Under the current regulations, the Gambling Commission can impose financial penalties on operators but cannot make any decisions about whether the injured parties are compensated for their losses. The new ombudsman would be able to impose fines, but these would also include redress for individual customers if the operator had failed to live up to their obligations to prevent problem gambling. It would also ensure that terms and conditions were transparent, especially those concerning how the companies use a person’s data to target them with offers. Brian Chappell from Justice for Punters said: “It’s nearly three years since we first discussed an ombudsman for gambling with the powers that be, so we’re delighted it’s now been considered seriously in parliament. It should make gambling fairer and safer, so good for the consumer.”

Watson says: “I cannot think of a single other type of transactional arrangement for goods or financial services that would allow this type of situation: unclear terms and conditions, a lack of transparency, a lack of framework – and fuelled by predatory bonus offers.” 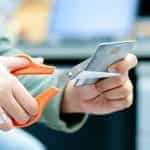