A recently released report demonstrated 80% losses in Atlantic City’s casino industry during 2020 as a result of the pandemic. Now, casino brands are undergoing major revitalization projects, like Caesars Entertainment and Ocean Casino, which have both announced significant reinvestments they plan to make over the course of the next several years in order to refurbish their Atlantic City locations and draw more tourists. Meanwhile, Atlantic City lawmakers are reportedly considering making Atlantic City’s smoking ban permanent. 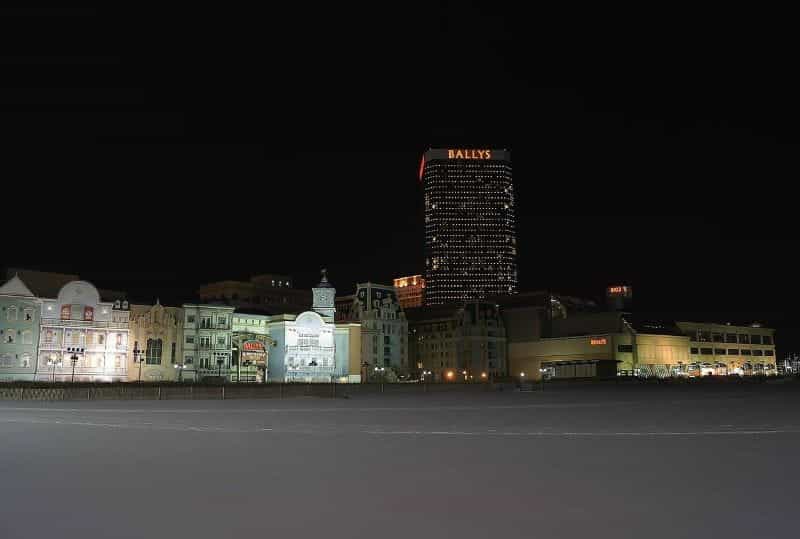 2020: A Tough Year For A Long-Struggling City

Even before the pandemic, New Jersey’s Atlantic City — what many consider to be the east coast’s answer to Las Vegas — had been having financial troubles. By January 2020, casinos in the city stated that they were finding themselves back on the up and up, with profits surging higher than they had been in years. A few months later, everything changed.

By late August, 2020, casinos in the city had been forced to make heartbreaking decisions in response to dwindling tourism, months-long lockdowns and mandatory capacity limits. The Casino Association of New Jersey estimated that the local casino industry had lost 4,200 jobs between August 2019 and August 2020, due to COVID.

More than a year after the pandemic hit its historic first wave, New Jersey’s Division of Gaming Enforcement revealed the impact that COVID-19 had on the east coast gambling mecca. According to its report, Atlantic City casinos lost 80% of their normal profits in 2020.

In 2019, Atlantic City’s nine casinos earned a cumulative total of $594 million. A year later, this figure had dropped by 80%, with the nine casinos of Atlantic City reporting a collective $117.5 million annually. The loss was credited to extended lockdowns in Atlantic City, which spanned three and a half months, as well as limited operations upon reopening.

Ocean Casino Resort Earns The Most In 2020

According to the report, Atlantic City’s Ocean Casino Resort earned $21.8 million in 2020. In fact, this was a significant increase from what the location had earned in 2019, when it raked in just $6.7 million during the course of the entire year. Ocean Casino was the only location in Atlantic City to increase revenue during 2020.

Atlantic City’s casinos in descending order of highest to lowest earnings for 2020 are Ocean Casino, The Tropicana, Hard Rock, Caesars, Harrah’s, Golden Nugget, and the Borgata. The Borgata suffered the most extreme losses, with a revenue of just $650,000 in 2020, a loss of 99.7% from 2019. The Borgata remained locked down longer than most other casinos.

Just a short time after Atlantic City’s gaming regulators revealed the abysmal numbers for 2020, Caesars officials revealed their plans to lavishly refurbish the Atlantic City Caesars location. According to a spokesperson for the corporation, $400 million will be invested into efforts to beautify Caesars’ Atlantic City boardwalk resort-casino.

Though Caesars Owns Multiple Locations, Focus Is On One

The new and improved Caesars Atlantic City will be unveiled by 2023. In the intervening time, the location will extensively remodel its guest rooms and suites at both the Caesars and Harrah’s locations. This will be ready to view first, with higher-ups hoping that the freshly remodeled guest accommodations will be accessible by the summer of 2021.

Over the next several years, Caesars Atlantic City will sink hundreds of millions of dollars into improving almost every aspect of its location, from $170 million dedicated to revamping guest rooms in a Roman architectural style to updating the casino floor and enhanced partnerships with acclaimed restauranteurs.

Harrah’s Will Also Get Some Updates

Though Caesars Atlantic City is getting the bulk of the focus, Caesars Entertainment’s other Atlantic City locations won’t be totally left in the dust. According to a recent report, Harrah’s Resort Atlantic City has already been in the process of remodeling its dining and entertainment venues, as well as implementing an elegant new spa.

Atlantic City’s top-grossing casino for 2020 is also planning a remodeling effort to unveil in the summer of 2021. This is on a much smaller scale than Caesars, with the resort-casino reportedly planning to invest $15 million into two new guest lounges and significant improvements to its casino, including the installation of more than 250 new slot machines.

Ocean Casino Is Giving Back

In a classy twist, Ocean Casino also revealed that it will be offering the equivalent of $1 million in wage increases and bonuses to its employees. Ocean and Luxor Capital Group, which owns the location, plans to donate $50,000 to local charities in North Beach, including the AtlantiCare Foundation and South Jersey Boardriders.

A Brand New Casino To Come

In one of the most significant developments, Atlantic City will also be welcoming a brand-new casino as officials hope the local tourism and gambling industries will come back to life. A new location called the Showboat Hotel will soon open in Atlantic City, and will include an arcade and a boxing ring — among other things — for its guests. 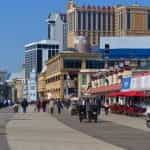