Gross gaming revenue fell to record lows during the second quarter of the year in Sweden. Revenue dropped to SEK5.94 billion, a 4.1% year-on-year decline. The loss in revenue was caused by severely reduced footfall for land-based gambling services as a result of the restrictions that were imposed to limit the spread of the novel coronavirus, COVID-19. An increase of 3.6% was reported for online gambling was reported but this was not sufficient to offset the losses. 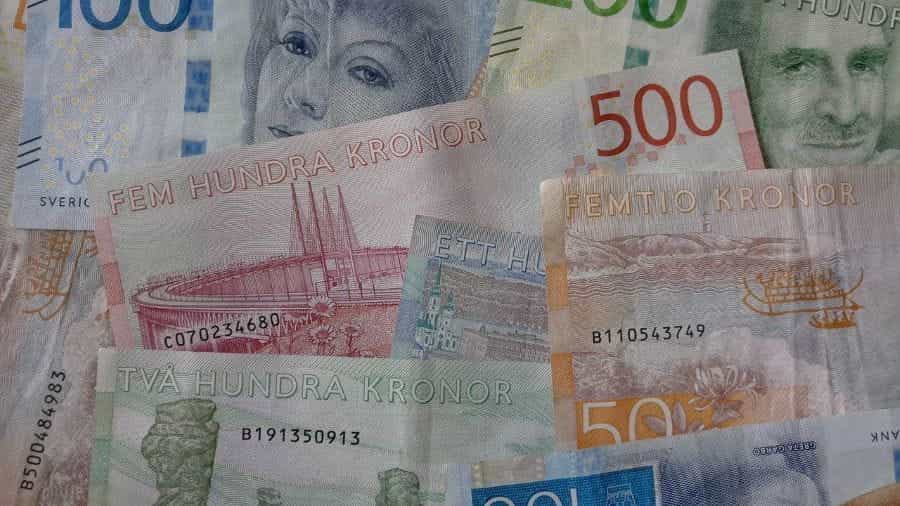 The disappointing return from the Swedish online gambling market was a result of the COVID-19 pandemic, but industry professionals have also pointed to government restrictions that have seemingly hindered growth in the Swedish market. ©ChristophMeinersmann/Pixabay

The revenue of SEK5.94 billion reported for the gambling industry was the lowest that has ever been reported in a single quarter since the inception of the regulated gambling market in Sweden that was opened on the 1st of January in 2019.

As a result, it has been suggested that the growth in the online gambling industry was down to the higher number of licensees and greater trust in the regulated market instead of an increase from more gambling as a result of COVID-19.

This is in stark contrast to the statement made by the country’s Minister for Social Security when the pandemic first broke out. At the time, Ardalan Shekarabi warned of an increase in online casino when consumers had more time on their hands as a result of lockdown measures. The results reported for the second quarter do not suggest a significant increase in spending caused by COVID-19, however.

The government minister warned of the great risks that the online gambling sector posed to Swedish citizens when he announced that the government would be introducing strict restrictions on online gambling services. Swedish authorities have introduced an SEK5,000 weekly deposit limit for consumers in the country and have also prevented operators from offering more than SEK100 in bonuses. This was initially applied to all forms of online gambling but was later changed just to cover online casino games.

The restrictions were called out for a myriad of reasons by industry professionals. The trade association for online gambling in Sweden, Branschföreningen för Onlinespel (BOS), was highly critical of the new rules and the country’s regulator, Spelinspektionen, also came out in opposition to the plans.

The criticism was rooted in fears that the limits would be too difficult to implement effectively across all operators in the country. Additionally, experts in the industry drew attention to fears that such regulations would lead to an increase in illegal gambling and would result in lower rates of channelization that have been historically low in Sweden anyway.

The reaction to the limits was not entirely negative, but positive responses were in the significant minority. One of the few operators that offered its support for the government’s strategy was the former horse racing monopoly ATG.

Some have blamed the restrictions for the lack of significant growth in the online gambling industry during the second quarter of the year. The chief executive of the BOS was one of the loudest voices pinning the blame on the government and has suggested that the industry will continue to post weaker results than expected in the third quarter of the year as more players are likely to move their custom to unlicensed offerings instead of regulated ones.

Gustaf Hoffstedt, the CEO of BOS has stated that whilst he appreciated the attempt from the government to safeguard the Swedish consumers, the results from the third quarter will most likely not back up the government’s actions. The head of the trade association believes that a loss of channelization will continue as long as the restrictions are in place and so without a concession from the government, the industry will continue to suffer in the coming months.

Second Quarter and First Half Results

In the second quarter, the country’s state-owned operator Svenska Spel reported a decline in the revenue it experienced from its land-based operations and gaming machines that are located across the country. During the three-month period, the operations generated just SEK1.29 billion in revenue, a decline of 8.5% compared to the second quarter of 2019. On a positive note, this was a substantial increase (14.7%) on the revenue from the first quarter of 2020.

Overall in the first half, the amount that Svenska Spel brought in from its popular Tur lottery business did grow year-on-year by 3.3%. This revenue stream was worth SEK1.18 billion and its slot machines brought in a further SEK170 million.

When the revenue from each segment of Svensk Spel’s business is factored in, revenue for the operator declined to SEK1.64, which is equivalent to a 19.3% drop compared to the same period in 2019.

One of the biggest areas of the business that lost money was Svenska Spel’s Casino Cosmopol chain of brick and mortar casinos. These venues were closed for the entirety of the second quarter of 2020 and so reported no revenue at all during the period. In the second quarter of the previous year, these casinos generated SEK245 million and even in the first quarter of 2020, which was somewhat disrupted by the pandemic, the casinos made SEK191 million.

The only area of the business that reported significant growth was the non-profit lotteries that are offered by Svenska Spel. These lotteries actually drew in a record amount of revenue of SEK950 million, a growth of 2.7% compared to the second quarter of the previous year and 10.7% οn the first quarter of 2020.

Conversely to this, the bingo revenue for Svenska Spel fell by a record amount. The vertical experienced a new low in the amount of money it brought in in the second quarter. Overall, the gross gaming revenue reported from bingo was SEK38 million, a decline of 34.5% on the takings from the second quarter of 2019. Additionally, the company’s state lottery and gaming machines also reported lower revenue during the quarter, as this amounted to SEK2.42 billion, a 14.6% fall.

The total revenue in the Swedish market over the first half of the year came to SEK11.87 billion. This figure is a 2.5% decline on the amount that was reported during the same period of the previous year. There was a yearly increase in the revenue that was reported from online streams. This grew by 5.5% to SEK7.27 billion, but this was outweighed by the lost revenue in the physical gambling sector. Overall, in the first half, revenue for lotteries and gaming machines fell by 14.6%, to SEK2.42 billion.

The revenue was generated by the 99 licensed operators in the country, of which 72 have the ability to offer online gambling services as well as physical options. Based on estimations of the size of the illegal gambling market in Sweden, it is estimated that there is a channelization rate in the country of 85%. This figure is not considered a terrible result, but the concerns remain that it could deteriorate over the coming months. 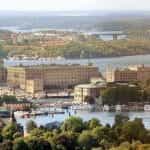