UK Bookies Struggle to Enter the US Market

Updates in federal laws and tumbling share prices back home suggest that the time is not perfect for British bookies looking to enter the newly emerging American markets. For years, bookmakers and online casinos in the UK have clearly been primed and ready to jump at the chance to open up their doors stateside. However, both federal and state laws have blocked any such attempts. While things have changed for the better in recent months, there are a number of developments in America which do not make for pleasant reading for anyone with a stake in the industry.

Why Does America Not Have Sports and Online Casino Betting?

The casinos of Las Vegas and Atlantic City are famous worldwide, so it can be a little surprising that the majority of the country has very restrictive gambling laws. This has been the case for many years, with two states (Utah and Hawaii) allowing no forms of legal gambling. Most states have a state lottery, and many have long allowed casino gambling on Indian reservations.

Gambling is legal under federal law, although there exist several restrictions on gambling between different states and online betting in general. The Federal Wire Act of 1961 decreed that interstate sports betting was prohibited. The vagueness of this law allowed for different interpretations of its application to other forms of internet gambling. 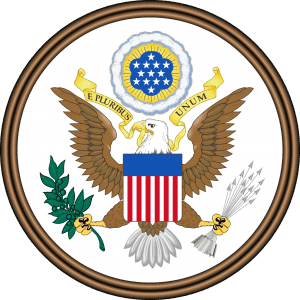 The Federal Wire Act of 1961 effectively banned sports betting in the US.

There are 22 states that allow commercial casinos to exist within their borders, with the annual industry revenue now being well over $40 billion. In addition to this, the tribal casinos take a further $31 billion every year, spread across 30 different states.

Some states do allow online casino gambling, although until recently, this has been restricted to online portals run through land-based casinos. This all seemed to be about to change in May 2018 as the Professional and Amateur Sports Protection Act of 1992 (PAPSA) was ruled unconstitutional by the Supreme Court of the United States.

Changes in the Law Allowing for Gambling

In 1992, the United States Congress passed the PAPSA which effectively outlawed sports betting countrywide. There were some exceptions, however, as Oregon, Delaware and Montana were allowed to keep their sports lotteries, and sports pools were permitted in Nevada. Aside from this, only bets on Jai Alai and pari-mutuel betting on horse and greyhound racing were allowed.

The act came under scrutiny in recent years, and in May 2018, the Supreme Court ruled that it infringed on the rights of the states protected under the tenth amendment to the United States constitution.

This meant that each individual state would have the right to ban or legalise sports betting. The various interpretations of this decision also allowed various different states to begin paving the way for online casinos to open. At the time or writing, four states – Pennsylvania, New Jersey, Nevada and Delaware – have legal online casino gambling.

Where Do UK Bookmakers and Casinos Come In?

As fully-fledged, multi-million-pound, multinational corporations, many British and European companies seemed most well-suited to dominate the markets in the states most willing to open up sports and casino gambling. Especially in the online casino industry, where operators routinely market sites to players in multiple countries simultaneously, this did seem to be the likely development.

In line with this, Nevada confirmed that a William Hill sportsbook would expand into the state, and the Kindred Group would launch the Unibet brand fully in Pennsylvania.

However, the complexity of federal and state laws in the States has slowed the progress of such companies that are keen to open up American divisions. In addition to the legal swamp through which any company must wade, a significant blow fell on the 2nd November 2018 when the Department of Justice declared that the Federal Wire Act of 1961, which banned interstate gambling apart from sports betting, would also apply to all other forms of gambling.

“The Office of Legal Counsel (OLC) has published an opinion finding that all but one of the prohibitions of the Wire Act, 18 U.S.C. § 1084, apply to non-sports gambling.”– U.S. Department of Justice, Office of the Deputy Attorney General

The office of the Deputy Attorney General of the United States published an update to its decision on January 15th 2018. This stated that all states and companies have 90 days to make sure that all practices are fully legal and conform to this decision.

This update has caused concern in the online casino industry that operators will not be able to operate successfully in the United States. The change comes on the back of reports that bookmakers like William Hill are facing tough financial times in general.

General Struggles for the UK Bookmakers

While the change in direction regarding the Federal Wire Act is potentially very damaging to bookmakers that are entering the various state markets, British and European bookmakers are perhaps not best placed to vie for market share. Various different companies have reported a drop in profits during the second half of 2018.

There are a number of possible reasons for this. Firstly, tougher regulations and the effects of several high-profile fines have caused operators to increase their spending on compliance and player protection measures. This, combined with the arguable drops in revenue resultant from these changes, can be argued to have negatively affected business.

Secondly, the imposition of a lower maximum bet on fixed-odds betting terminals in April 2019 have forecasted a significant reduction in takings. In response to these challenges, and with moves into an increasing number of state markets in America, the CEO of William Hill, Philip Bowcock, has stated that the company will remodel its retail business.

Whatever the reasons for falling profits, the shifts in American law, and the changes in UK regulation have led to falling stock prices across the industry. While William Hill is currently advancing its takeover bid for MRG (the company which operates competitor brand Mr Green), its own falling share price meant that, in the words of the investment bank Berenberg, William Hill itself is “now ripe to be a takeover target”. 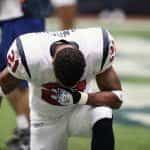