North Korean hackers are targeting online poker and gambling sites to raise funds in the face of international sanctions, according to a new report from South Korea’s Financial Security Institute (FSI). 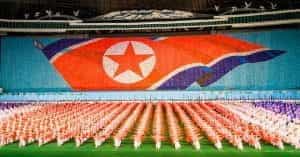 The impoverished, secretive state has also been accused of intending to steal classified government and military data but is allegedly focusing on stealing money from online gamblers using sites such as PokerStars and 888poker around the world.

The FSI’s report names the hacking group, Lazarus, which has been connected to the WannaCry ransom attacks that hit 300,000 computers in 150 countries around the world in May 2017, causing major disruption to the NHS.

The targeted online casinos and poker sites were not identified in the report, although it is suggested that a spin-off group of Lazarus, called Andariel, has been focusing predominantly on South Korean businesses.

The report claims that Andariel created malware to steal cash from online poker and gambling sites. The group was spotted hacking into automated teller machines to steal bank card information, before withdrawing cash or selling the information on the black market.

We’ve seen an increasing trend of North Korea using its cyber espionage capabilities for financial gain. With the pressure from sanctions and the price growth in cryptocurrencies like Bitcoin and Ethereum – these exchanges likely present an attractive target – Luke McNamara, Senior Analyst at cybersecurity company, FireEye

Perhaps in a bid to calm the situation, the South’s government is currently distancing itself from the content of the report. It says that some of the content is not an official government view, and it has not yet been fully proven.

Pyongyang is facing tough international sanctions imposed to halt its nuclear weapons development program, while the cash-strapped country is already struggling with a weak economy and food shortages.

US prosecutors are reportedly building a case to connect Lazarus with the attack on Sony’s Hollywood studio in 2014, and the $81 million cyber heist at the central bank of Bangladesh. If true, it would be the first time a nation state has been caught using cyberattacks to steal funds. 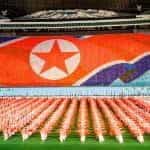