The Betting and Gaming Council has warned the government of the “dangers of complacency”, highlighting evidence that black market operators are on the rise in the UK. A new report, commissioned by the industry body, shows that the number of consumers betting on unlicensed and illegal gambling sites has more than doubled.

The study has shown a correlation between strict gambling regulation and high levels of black market activity. ©Porapak Apichodilok/Pexels

The Betting and Gaming Council’s warning comes as the government is already underway with its own review of the UK’s gambling industry. Ministers are keen to bring the sector’s “analogue laws” up to date with the digital age. However, as the BGC has pointed out, the threat of illegal gambling operators must also be taken into account.

The BGC, which represents the UK’s casinos, bookmakers and online operators, commissioned PwC to carry out the study into Britain’s gambling trends. Under the title “Review of unlicensed online gambling in the UK”, its findings have now been published. It is based on data collected last November and December.

Highlighted are a number of concerning trends, which amount to an increase in the use of illegal gambling sites. Compared to a study carried out in 2019, the amount of money staked on unlicensed sites has doubled, from £1.4 billion to £2.8 billion. The number of consumers using illegal betting sites has also grown from 210,000 to 460,000 in just two years.

According to the PwC report, those trends are not only confined to the UK. The presence and use of black market gambling sites is on the rise around the world. As part of its review, the government has issued a “Call for Evidence”, asking for information on illegal operators as well as wider issues faced by consumers.

Whilst the BGC has welcomed the government’s industry review and the need for wide-ranging reforms, it is keen to point out that drastic changes could push even more British bettors into the arms of black market operators. BGC boss, Michael Dugher explained:

“This new report by PwC is an impressive and comprehensive piece of work which demonstrates how the unsafe, unregulated black market is a growing threat to British punters. These illicit sites have none of the regulated sector’s consumer protections in place, such as strict ID and age verification checks, safer gambling messages and the ability to set deposit limits.”

The “black market” that the BGC refers to consists of gambling and betting sites that are not licensed to operate in the UK. Because they are unlicensed, they are also unregulated. That means that customers that use these sites are not offered the same consumer protections that they would have with a legal gambling site.

Those who gamble using these sites risk losing large sums of money and could become victims of fraud. Without customer protections, the risk of problem gambling without any opportunity for support is also high. All UK licensed gambling sites will display a padlock symbol next to the web address and a license logo at the footer of the page.

According to Dugher, the results of the PwC report do not mean that industry changes should be halted, instead that it is important for the sector to work together for the best interest of consumers. With the number of UK gamblers staking their bets on unlicensed sites continuing to grow, it is clear that something needs to be done.

The report also found evidence that the size of the online black market correlates with the level of competition in the regulated sector. In countries with less competitive legal gambling sites, the number of illegal operators was larger. The researchers highlighted France, Norway, Italy and Spain as examples of countries with strict gambling legislation and larger black markets than the UK.

This raises a thorny issue for the government, which is at present seeking to reinforce its own gambling legislation and get tougher on the industry. Calls from MPs and campaigners over high rates of problem gambling mean there is considerable pressure to make the rules stricter for the industry. The BGC’s commissioned report undermines the government’s current approach, as Dugher stated:

“I know this evidence is inconvenient to those who seek to dismiss and play down the threat of the black market, but there is a real danger of complacency. The UK risks sleep walking into changes where the main beneficiary is the unlicensed black market. We all have an interest in getting future changes right, so must take heed of this latest evidence and look at what is happening elsewhere around the world.”

The BGC chief executive has himself faced criticism recently, as a Twitter spat turned sour. The Telegraph reported that Dugher was accused of mocking a gambling addict in recovery on the social media network. In a row with reforms campaigner Matt Zarb-Cousin, Dugher was alleged to have said “I thought you liked casinos”. The offending tweet has since been deleted, but in addition to calling the former addict “roulette boy”, the damage has already been done.

Dugher later apologized for his comments, although he denied the allegation that he was mocking addiction. Zarb-Cousin was instrumental in the campaign to impose a stake cap on fixed-odds betting terminals. Once dubbed the “crack cocaine of gambling”, it was with these machines that the campaigner’s addiction began. Thanks to his efforts, alongside those of the Gambling Related Harm APPG, the cap was reduced from £100 to £2 in April 2019. 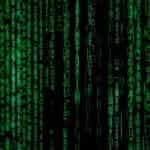