A new set of rules established by Argentina’s central bank intended to regulate exchange with US currency also disallows players in Argentina from foreign casino chip purchases. The bank’s notice delineated five kinds of transactions which will no longer be legal, two of which specifically relate to international gambling.

The BCRA’s new regulations will set stricter rules for international credit card use and payments by Argentina’s citizens, aiming to prevent the extreme falling of Argentina’s currency. ©Pettycon/Pixabay

The Central Bank of the Argentine Republic (or BCRA) announced its decision last week once targeting a trend in citizens in Argentina. The regulation of the bank is intended to limit the use of credit, debit, or prepaid cards in currency exchanges abroad. According to this decree, “gambling and betting of different types” overseas is now restricted. For international casino-goers, some gamers would buy chips at casinos using their normal credit card, then exchange their chips for US dollars. These citizens could travel to neighboring Latin American countries like Paraguay, Uruguay, and Chile, where they would purchase “cheaper dollars.” These dollars could then be sold in the illegal market at a high price, meaning big money for the seller.

In response to this trend, the BCRA has created the “casino dollar”, which will make these black-market currency exchanges more difficult to perform. The BCRA’s new regulations will come into effect on November 1. At this time, formal institutions like banks and credit card companies will have to first secure approval from the BCRA to do international transactions — likely a big hit for these smaller, local companies. In addition, the BCRA has set a $50 limit (USD) cash advance for citizens in Argentina before they go abroad.

Keeping A Tight Grip on the Online World

It is important to note that the BCRA’s new regulations target online gambling in addition to gambling at brick-and-mortar institutions like racetracks, bingo halls, and casinos. These new regulations will also have implications for payment services such as PayPal, as well as cross-national investments and cryptocurrencies. In order to purchase cryptocurrencies, investors will now have to seek approval from the BCRA, and can then transfer the necessary funds from a bank account.

These laws, thought strict and in some cases drastic, come after Argentina’s currency has been falling steadily throughout this year, exacerbated by the election upset this past summer. During this time, when the elections demonstrated a far-left push from the country’s populist faction, both the value of the peso and the stock market plunged 30%. The calculated, backdoor transactions by gamblers in Argentina specifically circumnavigated the weakness of the peso: by using their credit cards to buy chips in international casinos and cashing their chips in for US dollars instead of pesos, citizens in Argentina could win big despite the dwindling value of the peso.

The last few months have been tumultuous for gambling fans in Argentina. Former Buenos Aires Governor María Eugenia Vidal made several legislations in 2019 intended to dramatically rule in favor of gambling: first, by making online gambling legal in Argentina’s capital city, and then by eliminating the tax on slot winnings. Prior to the October elections in Buenos Aires, Mayor Vidal had seven new casino licenses in limbo and pending her approval, including from international betting giants like Betway and Bet365. These developments were particularly intriguing as Buenos Aires is the national capital, and sets the tone for the rest of the country. Just last month, however, Vidal was ousted in the general election , losing her office to left-wing populist candidate Axel Kicillof. In some ways, the BCRA’s new regulations remain favorable to gambling in Argentina: unable to spend their gambling energy (and money) overseas, gaming enthusiasts will have to frequent their local options, which could mean big money for casino operators. What’s more, as new Buenos Aires Mayor Kicillof’s stance on gaming remains unclear, the future of taxing slot-based winnings remains to be seen. 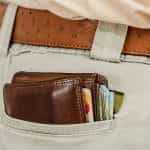