Rallies Across Spain Protesting Against Gambling

Thousands in Spain mobilized last weekend in reaction to the vast proliferation of gambling in the country that has skyrocketed the Spanish market to the top of the European gaming industry. Protestors were particularly concerned about the impacts of gambling on Spain’s youth.

A Tidal Wave of Gaming in Spain

After a struggling economy in the years after the recession, (2008-2009), gaming offered a saving grace to Spain’s fiscal crisis. Starting with the legalization of online gambling in the 2010s and continuing with greater leniency for gaming licensing, Spain effectively revitalized its post-recession economy through creating more progressive legislation on betting overall. In 2018, Spain added to these reforms by granting significant tax breaks to operators of online gaming.

In the last decade, the regulated gaming industry has swept through Spain. According to a study conducted by Spain’s Directorate-General for Gambling Regulation — or the Direction General de Ordenación del Juego (DGOJ) — the country’s gambling market swelled 387% from 2012 to 2017, making Spain one of the largest regulated markets for gaming in Europe. Spain has been savvy with its growing gaming business. When the industry first began to boom in 2012, revenue hovered around €2.8 billion (about $3.09 billion). By 2017, this number had bloomed to more than €13 billion (about $14.3 billion).

Roulette is particularly popular in Spain: in 2018, casino revenue netted €238 million ($262.4 million), with roulette earnings making up €47.1 million ($51.9 million) of that total. Even when overall gaming decreased for the final quarter of 2018, roulette remained robust, with live roulette rising 35.4%, beating out traditional roulette, which still increased above the average by 15.6%.

Just in Madrid, Spain’s capital city, the number of gambling houses has grown 300% since 2013, with 40 new betting house locations opening in several of Madrid’s working-class neighborhoods just in the last three years.

According to the protestors, many of these new gambling houses in Madrid are located near schools, which they believe unfairly targets the young people of Spain and draws them from an early age to gambling which they are too young to do responsibly.

The Arguments from a Disgruntled Community

The rally in Madrid was organized by the Platform de Madrid contra las Casas de Apuestas (the Madrid Platform against Betting Houses). Spokesperson Adrián Belaire told the media covering the Madrid protests that the rally was the outcome of “constant, daily and committed struggle” against the gaming facilities “which are destroying our neighborhoods.” 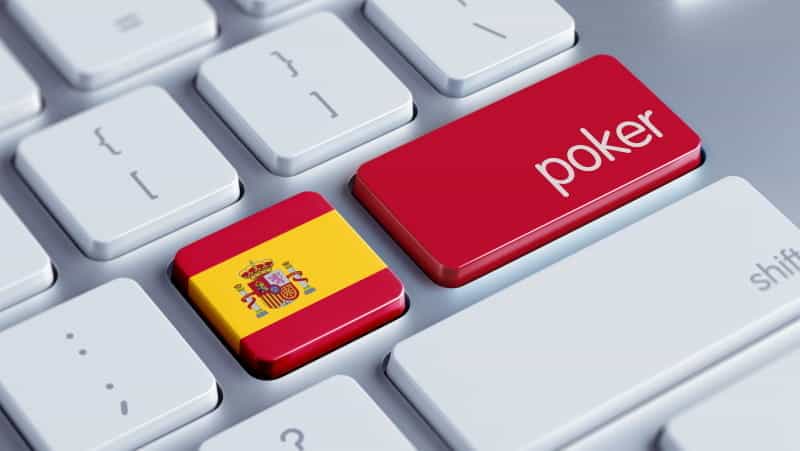 Sports betting is understood to be the entry point for Spain’s youth to online gaming, leading them eventually to poker ©Trulioo

According to coverage of the Madrid rally, Belaire made clear the activists’ aim was not merely regulation, but the elimination of betting shops in Madrid altogether. When asked to comment, Belaire said “We’re not after any kind of regulation. 20 bookmakers are a problem, but one alone is too.”

Concerns have been growing over the influence of the growing Spanish gaming industry on the country’s youth. According to Spain’s Federation of Rehabilitated Gamblers and the Association of Psychologists in Madrid, 1 in 5 teenagers in Spain are addicted to gambling, a statistic many who participated in last weekend’s protests attributed to the proximity of gambling houses to schools and their ubiquity in local neighborhoods. If the results of this study are factually accurate, teens in Spain suffer addiction to gambling in numbers greater than any other European country.

However, the problem isn’t just that gaming houses need to enforce stricter rules regarding fake IDs and ensuring their patrons are of legal gambling age. The proliferation of online gaming, not brick-and-mortar betting houses, is the typical way in which underage gamers in Spain are accessing sports betting and poker.

A Madrid policeman Tomás Calamardo explained to El País that the government has made sure to regulate advertisements of tobacco and alcohol on television — paying attention not to show these ads during the morning, for example, when children tend to watch shows. As he explains, the same rules have not been set for online betting:

“They show these ads during the morning children’s slot and at all times of day,”

Sometimes these ads will also feature very famous people, likely to draw the attention of impressionable young viewers, like the athlete Cristiano Ronaldo.

One such idea comes from the people, who argued in last weekend’s rallies for Spain’s officials to implement regulation on where gaming houses can be located. Officials have also considered this, suggesting a 100-meter minimum boundary between schools or public recreational areas and gaming houses.

Another suggestion targets advertising, with protestors and government officials alike proposing banning betting advertisements across the board. Last weekends’ protestors advocated for a comprehensive ban on gambling advertisements, with the argument that viewers of any age could be subject to their messaging. This has been supported by local government: Ombudsman Francisco Fernández Marugán has recommended a complete ban on advertising gambling and betting related products, and local media has affirmed Marugán’s idea is likely to be made official in the form of a federal government-issued “Royal Decree.”

Though Spain’s government establishes nationwide rules, the autonomous territories within Spain are responsible for legislating for the respective gambling activities that take place therein. Therefore, the outcome of these rallies will be determined by respective local governments. 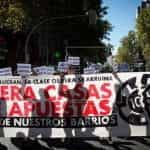