A woman from Massachusetts has become a record-breaker after winning a $758.7m Powerball Jackpot in the largest single lottery prize in US history.

Mavis Wanczyk, who will net around $336m after taxes, opted to take a lump sum payment of $480m rather than the total prize. Players who choose to receive their winnings in 29-yearly instalments are entitled to larger prizes under the terms and conditions of the Powerball game.

Wanczyk, who has worked in a clerical job in the nursing department at Mercy Medical Center in Springfield for 32 years, used the birthdays of her friends and family to choose her winning numbers. After discovering she was holding the winning numbers, she immediately told her employer she would not be returning to work.

Wanczyk scooped the title after she bought a total of five tickets. Two of them used numbers that were randomly selected, but the winning ticket was one of the three where she had picked the numbers herself.

The winning Powerball ticket was sold at the Pride Market on Montgomery Street in Chicopee, Massachusetts. To win the jackpot, a player must correctly pick all six numbers. The odds are roughly 1 in 292 million. The Powerball game that Wanczyk won is played in 44 states, the District of Columbia, Puerto Rico and the U.S. Virgin Islands.

Deb Goldberg, Massachusetts treasurer, spoke to reporters saying: “I highly encourage them to find very, very good lawyers and advisers and think very, very carefully about how they are going to manage their assets.”

The second-largest US lottery prize took place in 2012, when three people shared the $656m Mega Millions prize. More than 1.5 billion tickets were sold for the draw, with the winners sharing $213m each before taxes were deducted. 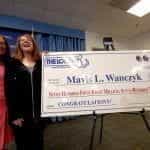 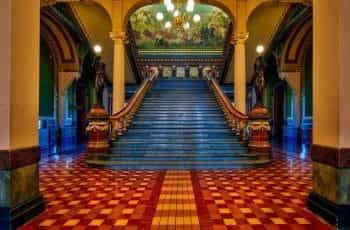