A stateside gambler has been denied a $43 million (equivalent to roughly £34 mil.) jackpot due to claims of a glitch and offered steak dinner as compensation. The player has sued the casino for damages. This and similar cases have rocked the casino world in the past, quite often to the plaintiff’s dissatisfaction, as some countries’ casino regulations are not yet up to par with UK regulatory standards. 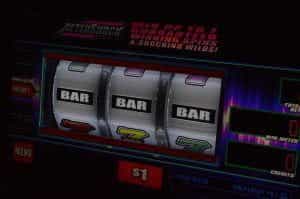 Casino regulatory measures are an underrated topic it seems, as yet another gambler seeks to be paid out in full after claims of a software glitch rendered her win void. Katrina Brookman was over the moon seeing the hefty amount of $42,949,672 on the display at the Sphinx Wild slot machine at Brooklyn’s Genting’s Resorts World Casino New York in August 2016. However, the casino refused to pay her out, instead claiming that the slot machine had malfunctioned. The advertised maximum win on the Sphinx Wild was $6,500 at the time of Brookman’s impressive win, which puts the casino in favour. The casino proceeded with a cheeky gesture of offering Brookman a dinner on the house and a $2.25 voucher, which the player refused.

Brookman’s decision to take the casino to court is one of many examples of void wins in casinos online and offline, leaving industry experts questioning whether improved casino regulatory measures might make this grey area a little bit less ambiguous. Just in 2015, it was reported that a Dublin man was unable to claim his 11,000 win on an automated roulette machine. After partly cashing out, Sayed Mirwais was owed an additional £6,713, which the casino management promised would be paid out the following day due to insufficient funds on the day. The casino subsequently alleged the machine was flawed, and the player’s efforts to receive his due amount have been shut down by a judge, citing a 1956 gambling law which states that “no action shall lie for the recovery of any money or thing which is alleged to be won.”

If you happen to be too lucky while placing a bet or gambling, the person can simply say ‘no you’re not entitled to the money’. That is simply the law in Ireland. – Judge Patrick Comerford, Dublin

This murky explanation along with other cases of casinos declining to pay out wins is an all too frequent phenomenon. Many casinos simply claim a glitch in the system to avoid the burden of having to pay out significant sums, as was the case for an Oregon woman who was simply denied an $8 million win without an explanation. In fact, situations like this raise an crucial question on the importance of comprehensive regulation and licensing in the gambling industry. As outlined in a Gamble.co.uk article, licensing and regulatory measures ensure fairness of games and fair calibration of random number generators, and commit operators to carryout out payouts for clients in a speedy and uncomplicated manner. Take, for instance, the UK Gambling Commission: being licensed here involves a wide array of provisions, including assurance of financial and organizational transparency to prevent money laundering, fairness monitoring and regular audits, safe and secure payment systems, and an obligation to pay winners their due sums.

It is unclear whether other jurisdictions will move closer to a comprehensive regulatory reform; as of yet, many countries still rely on singular laws or prohibit gambling altogether – which may leave room for ambiguous interpretation or borderline cases or create unregulated illegal gambling markets. In cases such as with casinos located on Indian reservations in the US, tribe courts take precedence over US state law, creating a certain degree of discrepancy and grey areas. Increased regulation would mitigate some of the adverse effects the industry may create and give space to a more transparent market. 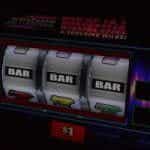