Representatives from the GAA Annual Congress have voted decidedly to ban sponsorship agreements between gambling organisations and its members. 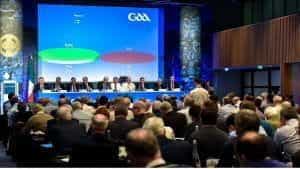 In a landmark decision where 93% of the 270-strong consortium voted for the ban, betting companies will no longer be able to sponsor any GAA competitions, teams, playing gear or facilities.

The Gaelic Athletic Association, with close to 2,800 clubs, and over 500,000 members globally, is responsible for the governing and promotion of Irish sports including Gaelic football, hurling and camogie.

Speaking after the decision, GAA President John Horan told reporters that the decision was taken out of pure social responsibility.

I think the betting problem in this country is a lot more dangerous than people think. The whole movement of betting into credit cards, phones, that sort of thing, is exposing people in a far great way.– John Horran, President, GAA

The vote will not have any major immediate impacts. Former All-Ireland champions Crossmaglen Rangers and Armagh are the only two clubs who currently have sponsorship agreements in place with betting operators.

Given the enormous amount of money currently coming into other leagues around the British Isles from gambling companies, the decision to apply a blanket ban cannot have been a light one for the association.

Gambling addiction within the GAA has been on the rise in recent years, with 15% of all players who requested counselling in 2017 citing gambling-related problems as the main issue.

The response from the wider GAA community to the decision has been overwhelmingly positive with former Armagh player, Oisín McConville, a self-confessed gambling addict in the past, giving his opinion on the motion prior to the vote taking place.

Looking at the Premier League, [gambling sponsorship] came in and didn’t have a huge impact and then built momentum as time went on. And that is something I could see happening in the GAA; we are nipping it in the bud.– Oisín McConville, Former Player, Armagh 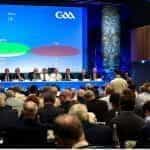