#ad
Grand Ivy
18+
This site contains commercial content
Advertisement Disclosure
This independent comparison website helps consumers choose the best available gambling products matching their needs. We offer high quality advertising services by featuring only established brands of licensed operators in our reviews. We receive commission for advertising the brands listed on this page. This may influence brand ranking. Please note that although we endeavor to provide you with up-to-date information, we do not compare all operators on the market.
Main menu
Popular Casino Games
Overview of All Casinos
Best Online Casinos Mar 2021
List of All Real Money Casinos
Featured Pages Trending
back to top

The History of Slot Machines

Slot machines are the most popular casino games ever made. Whether online, or land based, there are literally thousands to choose from. But where did they originate? In this page, I will provide an overview of how the first slot machines came into existence, and how they have evolved and changed over the years. 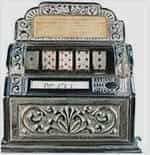 The origins of slot machines can be traced back to the late 19th Century. The first slot machine was developed by the New York based company, Sittman and Pitt in 1891. The game had 5 drums with a total of 50 playing cards. The machine could be found in many bars, and cost a nickel to play. Players would insert their money and pull the lever to play. Payouts were made for lining up poker hands on the reels. In order to increase the house edge, 2 cards were removed from the machine – the ten of spades and the jack of hearts. This reduced the odds of getting a royal flush by half. The machine had no direct payout mechanism, so wins were paid at the bar. These were non monetary prizes, such as free drinks and cigars.

Charles Augustus Fey is often named as the inventor of the first slot machine. There is no concise detail regarding the date his first machine was created, although it is believed to have happened between 1887 – 1895. Fey created a machine that would allow automatic payouts. In order to do this, he reduced the complexity of reading a win for the machine.

This was achieved by replacing the existing 5 drums with 3 reels. He also replaced the playing cards with just 5 symbols – hearts, diamonds, spades, horseshoes and a liberty bell. The highest payout was awarded for 3 bell symbols, and as such, the machine was named the Liberty Bell. The machine gained huge popularity. As Fey did not apply for a patent for his design, it was copied by many other slot machine manufacturers.

Despite slot machines being officially banned in 1902, the Liberty Bell continued to be manufactured. As cash prizes could no longer be distributed, the era of the fruit machine commenced. These machines used fruit symbols, and prizes were paid out in chewing gum and sweets of the corresponding flavour. In 1907, Chicago based manufacturer Herbert Mills produced a slot machine called the Operator Bell. By 1908, the machine was found in most tobacconists, bowling alleys, shops and salons. The BAR symbol we recognise nowadays was introduced to slot machines at this time, and was based on the logo of the Bell-Fruit company.

For many more years, slot machines remained purely mechanical. To start the game, you needed to pull down a lever, which would set the reels in motion. By pulling on this lever, you would stretch a spring inside the machine, which gradually stopped the reels from spinning. This manual approach to playing slots gave players the feeling that they could control the game and the outcome. This is one of the reasons why these machines were so popular. It is because of the lever that the slang expression “one armed bandits” came into existence.

In 1964, the first fully electromechanical slot called Money Honey was released by Bally. The reels were operated entirely electrically, yet the game was still started by pulling the lever. For players at the time, it would have been too unfamiliar to play the game without pulling the lever. This was the first slot machine with a bottomless hopper, which enabled it to make an automatic payout of up to 500 coins. The game was hugely popular, and led to the increasing dominance of electromechanical slots. Soon after, the familiar lever was removed from new slots.

1976 was the year in which the first true video slot was developed. The slot was manufactured in Kearny Mesa California by the Las Vegas based company Fortune Coin. The game used a modified 19 inch Sony TV for the display. The game was first made available in the Las Vegas Hilton Hotel. Shortly after, following some cheat-proofing and modifications, the video slot machine got approval from the Nevada State Gaming Commission. Soon after, it became hugely popular in the Las Vegas Strip. In 1978, Fortune Coin was acquired by IGT.

The next milestone in the history of slots came in 1996, with the release of “Reel ‘Em” by WMS Industries Inc. This was the first video slot to feature a second screen bonus round. When the bonus round was triggered, a completely different screen was displayed, where the bonus game took place. Additional payouts could be won during this bonus round. During this time, slots became increasingly popular at casinos. In fact, they were responsible for around 70% of a casino’s income, and also took up 70% of the available floor space.

The Rise of Online Slots

The boom of the internet in the mid 90’s brought with it the development of the first online casinos. At the start, only the classic casino games, such as roulette and blackjack were available, but it was not long until slots were added too. As with land based casinos, slots quickly became more popular than traditional casino games, and as such, they soon provided the bulk of the online casinos’ game selection.

In the beginning, the style of the games remained similar to land based slot machines, with the same number of reels and the same type of symbols. However, computer programming removed restrictions, and soon there were many new types of games emerging, with interesting themes or an unusual layout and structure. Nowadays, there are online slots with more than 5 reels and unconventional layouts. There are a wide variety of themes, and endless different symbols to be seen, along with innovative and imaginative bonus rounds and special game features. 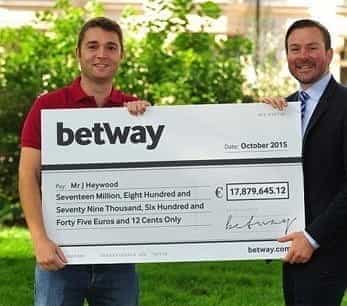 The number of slot developers and their game portfolios have increased year after year. Whilst there is a relatively limited amount of manufacturers of land based fruit machines, there are over 100 developers of online slots. Whilst there are many small companies that provide a minimal selection of games, there are some giants in the industry who offer an enormous choice. Take for example Microgaming. They are one of the oldest iGaming software suppliers, and their slot collection exceeds 500 different titles. Overall, it is estimated that there are over 2000 different online slots across all companies.

As for jackpot slots, these have reached new heights since they were first made available online. The first online jackpot slot was Cash Splash, from Microgaming, which provided only moderately high payouts. Yet there has since been a new wave of exciting jackpot games, with some outstanding prizes on offer. Mega Moolah is one such game. Not only does it regularly pay out jackpots in the millions, it also holds the world record for the largest payout from an online slot – a staggering 17.9 million Euros. If you fancy trying the game, you will find it at Betway Casino. Another game worthy of mention is NetEnt’s Mega Fortune. This has also made payouts in excess of 17 million Euros. There are around 15 other online slots that have paid out jackpots in the millions. In our dedicated jackpot slots page, you can find the games with the biggest current jackpots, plus some interesting facts and figures about them.

History is fascinating! There’s a lot to learn about the history of slots on this page, but we’ve also collected and highlighted some significant points of interest from commonly asked questions around the web.

When was the slot machine invented?

The first slot machine was invented in 1891 and was the first to have an automatic payout, building on the invention of the poker machine some four years earlier.

Where did the term slot machine originate from?

The word 'slot' in the slot machine refers to the slit in the machines which accept the coins for the wagers. The term remains to this day, even through the rise of online slots which no longer accept physical coins.

What is the oldest slot machine symbol?

The development of slot symbols started with a bell and a horseshoe, along with the typical playing card symbols - the heart, club, diamond and spade. These are still popular today, even among the most popular online slots.

What was the name of the first slot machine?

The very first slot machine was called the Liberty Bell and was invented by Charles August Frey. It was named as such because the highest payout available from the machine occured from matching three bell symbols.

How do you pick a winning slot machine?

There are no slot tricks to choosing a winning machine, as they are entirely luck based. You can, however, use statistics like return to player (RTP) percentages to choose the slots with high payouts.