The Star Spinner online slot by Blueprint Gaming is another space-set slot outing that promises fast-paced, exhilarating gaming. Collect crowns to increase your multiplier and test your luck by entering the Wheel King for a chance to win big with the progressive jackpot! 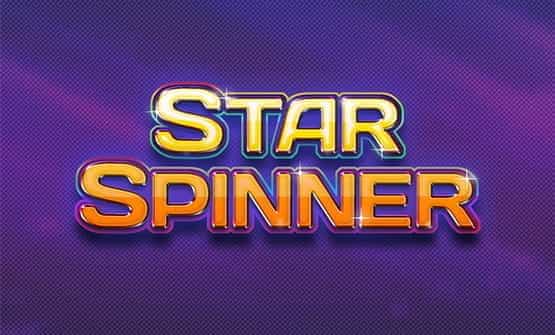 By reading this Star Spinner review, you can expect to discover what makes this game special and what areas we think this game lacks in. We expect that by the end of this review, you will be armed with all the knowledge you need to know whether or not you want to play for cash.

We would like to start this review by offering you the chance to play Star Spinner for free. The in-built demo we’ve provided below is an exact replica of the paid version, so this is the perfect chance to play along as you read so you can be certain that you know what to expect if it comes time to invest.

We suggest playing the free version of Star Spinner online as there are a couple of features that are worth trying before you buy. In particular, the King’s Treasure box offers some great bonuses that certainly make gameplay more interesting. As this slot has a medium volatility, it shouldn’t take long to experience this feature. 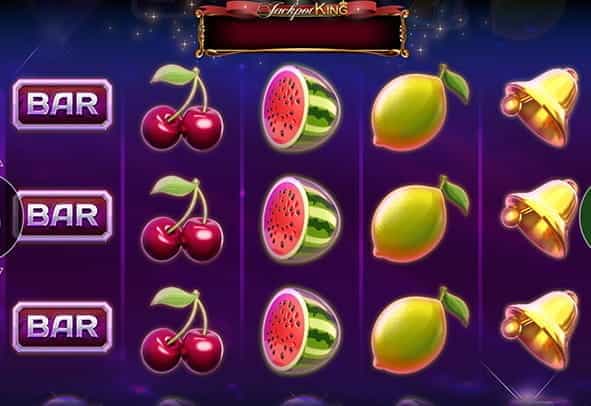 The game board is set over five reels and three rows and operates in quite a traditional manner. Wins are won over 10 fixed paylines which can be researched within the table. There is a customisable autoplay feature included, and rather than adding turbo mode, you can press the spin button again to skip the spin animation.

The game design is quite simple though simultaneously beautiful and immersive. The board is set over a colourful interstellar galaxy setting, and in addition to an 80s synth soundtrack, the game is highly energetic. Although the classic fruit-machine symbols are somewhat out of place, there’s still something quite charming about the game’s aesthetics.

How to Play Star Spinner

The rules to Star Spinner are standard. Begin by selecting your wager size, which can be one of 15 options over the huge betting variance of between 0.20c and 500 per spin. All wins pay both ways in Star Spinner, which in our experience tends to mean that wins are awarded more often.

There are a number of great features in this game to keep things interesting. The first is the Star Spinner bonus round, which is triggered when a Wild lands on reels 2, 3 and 4. After the Wild expands to the entire reel, a respin is triggered. If another Wild lands on one of these reels, it will again expand and trigger another respin.

The other feature is the Mystery symbol. This pink planet falls as a stacked symbol and usually takes up two whole reels. This makes each symbol transform into the same symbol to potentially boost winning combinations. Those playing the paid version are also sure to love the random Jackpot King round.

The Jackpot King round, as the name suggests, gives you a shot at earning a progressive jackpot. First, you need to land five Jackpot King symbols on reels one to five. You then spin another reel to collect crowns, with each one allowing you to climb a ladder. Depending on how many you earn, you can win more spins, a multiplier or the jackpot.

Aside from the Mystery and Wild symbol, there are eight symbols that can land. These include, from lowest to highest, the cherries and the lemon, the Bart, the 7, the watermelon and bells, the double Bar and the purple diamond. In the case of 5 diamonds landing on a payline, a 1,000x multiplier can be won.

Does this sound like the slot game for you? If so, then why not play Star Spinner for real money? The Star Spinner online slot is a simplistic game that, despite not offering a huge amount of features, still manages to be fast-paced, suspenseful and immersive.

Some major pros include the massive betting variance, which means that gamers of any budget will be drawn to this game. On top of this, the potential to win big with Blueprint’s signature Jackpot King progressive pot is an opportunity that is far too enticing to ignore.

The game’s design is relatively stripped-back but is boosted by its great pop soundtrack and the sparkling animations, especially those that play when the Star Spinner round is triggered. On top of this, the return to player rate of 96.47% is above average, meaning that the game is fair and worth investing in.

For those who want to go the next step and are looking to find where to play Star Spinner, we’ve listed a great online casino that stocks the game below. While you’re there, check out the other Blueprint games stocked in the slots catalogue for a similar gameplay experience.

Other Great Slots we Recommend

If you liked the free version we provided in this Star Spinner online review but still want to keep trying other games before you spend cash, we suggest trying the titles we’ve listed below. In each review, we’ve given you the chance to play the free version.

The online slots that we recommend were chosen for a number of reasons. For one, they may feature the same 5 reels x 3 rows setup, or feature similar space themes. We particularly recommend Winstar, Ted and Worms Reloaded as they are all popular titles developed by Star Spinner’s creator, Blueprint Gaming.