In anticipation of the year’s biggest racing events, Scientific Games has joined forces with Gamesys to launch a brand-new racing themed game. Rainbow Riches Race Day is the latest title to join the hugely popular Rainbow Riches franchise. Gamesys has already made the game available to fans on its Rainbow Riches Casino, where players can delve into all the series has to offer. 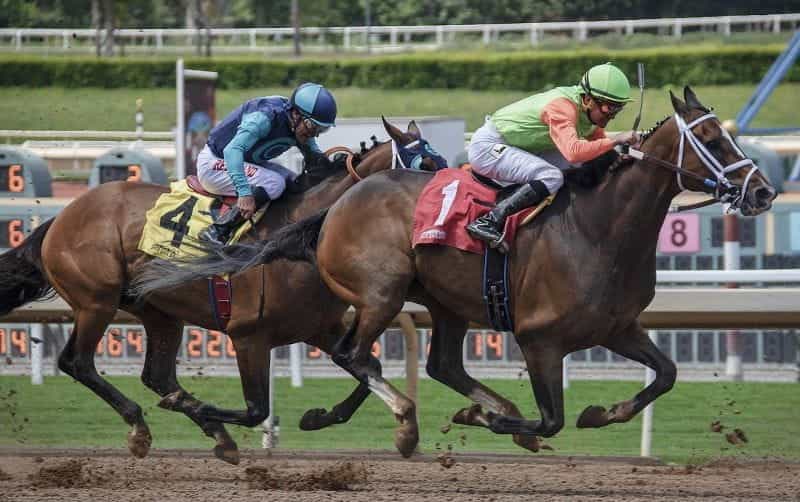 Rainbow Riches Race Day has been launched as organizers prepare for this spring’s Cheltenham Festival and Grand National events. ©Clarencealford/Pixabay

Leading provider Scientific Games has launched an exciting new slot, as part of its successful Rainbow Riches franchise. Rainbow Riches Race Day will be brought to UK players first, through an exclusive partnership with Gamesys. The new sports-themed release comes as the latest title in a long-established relationship between Gamesys and the Rainbow Riches series.

Fans can find the new racing-themed slot on Gamesys’s special Rainbow Riches Casino site, which caters exclusively to the popular set of games. What sets this new game apart from its predecessors is its theme. Based on classic horse racing arcade games, players simply need to collect horses to progress along the virtual racetrack. The first to cross the finishing line is the winner, and is awarded the associated prize for the horse.

This racing mechanism sits above the reels, which are laid out in a six by four grid. As can be expected from a Scientific Games title, this slot is not short on special features. Players can look forward to discovering cascading wins, which ramp up the excitement. A bonus round also offers the opportunity to choose how free spins are played.

A number of sportsbook customers of Scientific Games have already agreed to marketing campaigns that will feature the newest Rainbow Riches game. Managing Director at Gamesys, Simon Mizzi, welcomed the title’s launch, stating:

“We’re pleased to be working closely with Scientific Games again to extend our range of Rainbow Riches titles with this exclusive deal. Rainbow Riches Race Day is an exciting new game which showcases our quest to innovate with new, topical content that will resonate with our players and help us to reach new audiences.”

Based in Las Vegas, Scientific Games specializes in producing gambling and lottery products. With a huge portfolio of games, systems, platforms and portfolios, Scientific Games has become one of leading forces in the industry. The company is committed to ensuring that its products are safe, secure, engaging and innovative.

Gamesys is based in London and is focused on developing software for online gaming. It is listed both on the London Stock Exchange and the FTSE 250 Index. Just five years after it was launched in 2001, Gamesys was named the UK’s fastest-growing private technology company by the Sunday Times. Gamesys offers bingo and casino products to customers via a number of well-known brands, including Jackpotjoy, Virgin Games and Monopoly Casino.

In Time for Cheltenham Festival

The new addition to the Rainbow Riches ensemble boasts prominent responsible gaming features, to ensure that player safety is paramount. Gamesys and Scientific Games have timed the launch of Rainbow Riches Race Day as part of the run-up to two of the UK’s most famous horse racing events; the Cheltenham Festival and the Grand National. Rob Proctor from Scientific Games explained why he thinks the latest Rainbow Riches game is sure to be a hit amongst players, saying:

“Rainbow Riches Race Day marks another stellar addition to our portfolio this year and offers a unique gameplay that evolves the Rainbow Riches franchise to a new level. Those familiar with horse racing arcade machines will appreciate the way in which we’ve incorporated the format into the game, while for Rainbow Riches fans there’s a new concept to experience that includes all the iconic characteristics they love.”

The Cheltenham Festival is due to kick off on March 16th and will come to a head on March 19th. Racing fans will sadly be unable to attend the races in person this year, due to coronavirus restrictions. However, due to the circumstances, ITV has been granted permission to air more races than usual so that fans can enjoy the full event at home.

The Grand National is currently expected to take place from April 8th to the 10th. That could change though, as there have been calls to push the race back until after April 12th. That’s when betting shops could reopen, according to the Prime Minister’s newly laid out roadmap out of lockdown. Postponing the big event would be good for racing and bookies, is it would offer a huge boost to industry revenue and help to recoup some of the losses incurred by the sport over the last year.

Whatever the Grand National organizers decide to do, racing fans will be glad to be able to watch the event take place. Last year, to avoid a year without any Grand National races at all, organizers opted for a virtual event. The Virtual Grand National aired on ITV proved to be a hit, attracting almost five million viewers at its peak. The event, which saw Potters Corner take the top spot, raised £2.6 million for NHS Charities Together. 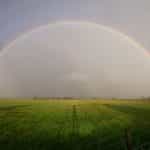