Deep Ties with Offshore Bookies and E-Commerce Giants in China

Chinese e-commerce giants are facilitating offshore casinos in Asia by acting as a money transfer service and through advertising on their platforms. This connection has allowed millions of Chinese citizens to freely use the offshore casinos located across Asia in countries such as the Philippines and Cambodia.

Chinese tech-giants and e-commerce platforms are being investigated for their role in the facilitation of financial transactions between Chinese residents and offshore gambling companies. Local law enforcement have already detained thousands of people for their role in this illicit operation. ©Mediamodifier/Pixabay

The biggest search engines in China are involved in peddling the adverts of offshore gambling companies trying to attract rich Chinese players. But not just that, e-commerce sites are helping Cambodian casinos and others working in an offshore capacity to process large payments from wealthy Chinese clients.

Early reports into this illicit behavior suggest that Chinese citizens’ transactions to offshore gambling platforms are being facilitated by the e-commerce platforms. Payments are being filtered through accounting systems and disguised as purchase orders, credit notes, and gift voucher payments. All of these revelations have led to a conversation where the e-commerce giants’ own internal control systems are being called in disrepute.

The huge throughput of customer data being transferred across the systems of the companies implicated in this latest indictment does provide some kind of alibi for the possible crimes committed. Legitimate online companies could have been unknowingly exploited given the intricacy and complexity of the alleged crimes. However, a top executive working at one of China’s biggest tech companies, Baidu, has been arrested as the company said they are taking a zero-tolerance approach against the apparent violations committed.

The local law enforcement agencies working to resolve these disputes have witnessed a huge rise in the popularity of illegal gambling services since the start of the pandemic. The scale of the investigations being launched in China are truly staggering, over 8,000 cases of cross-border gambling syndicates have been identified, and more than 60,000 suspects have been detained for their role in the illegal business.

Local police forces assisted by the centralized guidance of the Ministry of Public Security said they have shut down 1,700 online gambling platforms operating around China. According to the reports some 1,400 money-moving services have been identified in helping move approximately $151bln in 2020 alone. These figures are a sharp increase in the equivalent statistics of 2019.

The corruption seemingly runs deep in this case, there is a complex and sophisticated network of actors involved in creating opportunities for customers to engage. The first phase of the funnel directly allows customers to place bets online, but the seeming genius and complexity of this system only become apparent when looking at how the money is actually moved from Point A to Point B.

These investigations truly reveal the scale of this system, how deeply engrained it is with the business chains of some of Asia’s biggest tech companies, and the sophistication of the money laundering strategies running in parallel. These systems often rely on overseas services, with executives usually deployed to the region running the operation in order to oversee a complex web of mission-critical services.

In terms of the infrastructure of this activity, there is no one who can truly claim to be innocent, since every party in the chain indirectly benefits from the illegal dealings. In the case of the big search engines, they are generating revenue through their automatic ad-placement inventory. Retailers are boosting their sales through fraudulent gambling transaction facilitation. Delivery companies are being paid to stage fake deliveries, all of this leads to cash-flow and accounting-performance benefits.

Illegal Gambling Platforms Have Always Been There

Investigators starting their cases into this have already noted that this activity has been longstanding, but never properly logged. The big tech platforms in Asia including Tencent, WeChat, and ByteDance have all started their own internal reporting on the activities, posting lists of prohibited adverts, which range from industries in health-care, gambling, and lottery.

Behind the fake e-commerce payments being transmitted was a complex chain of business dealings that had been disguised as legitimate e-commerce purchase orders. Caixin, the leading investigative agency in this case has reported that many of these illegal transactions had been sent through a merchant platform called Pinduoduo, with a traceable order number and link to the online store.

Employees working at the e-commerce platforms are similarly baffled by the complexity of this system. The decorated online shops’ operation on the Pinduoduo platform are built to create fabricated merchant and purchase orders, which ultimately serve to move gambling transactions between illegal platforms.

The whole system is only just being realized by local law enforcement. Early indicators are that the system has been running for several years and is responsible for moving billions of dollars across the Chinese border. Due to strict controls on capital flight in China, the government controls the mechanisms for customers trying to gamble online and strictly prohibits people from sending money to offshore online casinos via the traditional bank-transfer routes. 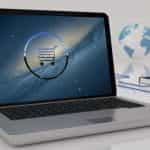