The first operators licensed to offer sports betting, after reforms to gambling legislation in Germany, have been announced by the Regional Council of Darmstadt. The first operators to receive their licenses include GVC Holdings, Tipwin, and Cashpoint (a brand owned by the Gauselmann Group). These three operators have publicly released statements detailing the awarding of the licenses that are active with immediate effect, as well as the licensing conditions stipulated in the agreements. 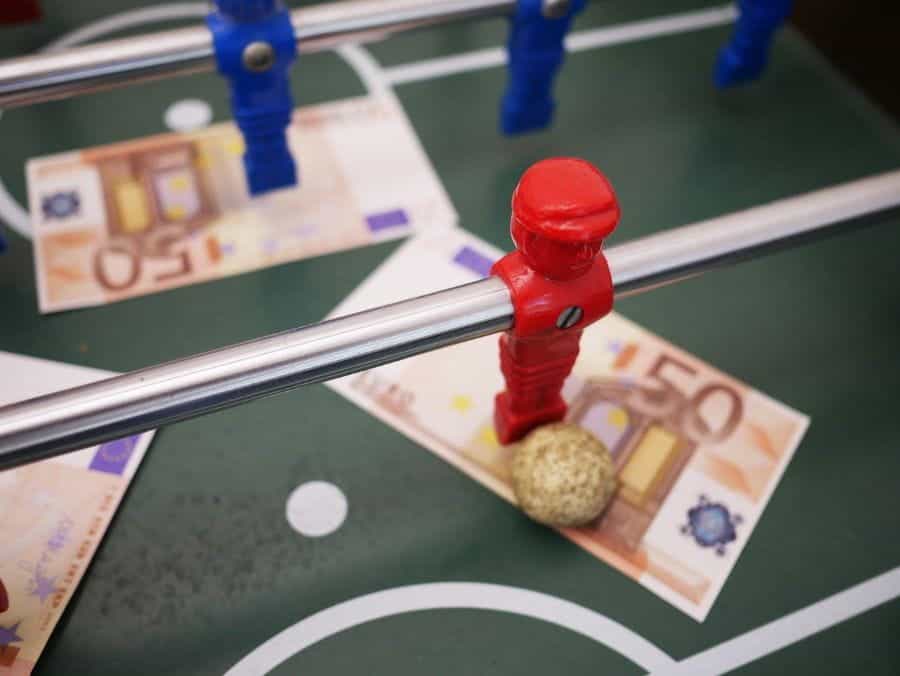 The new regulations being implemented in Germany have been hailed as a step towards a fairly regulated sports betting market. Now, the first licensees have been announced for the industry in the country. ©besteonlinecasinos/Pixbay

The recent upheaval for German gambling regulations has been caused by the decision to pass new legislation in the country that will see the offering of online casino and poker become legal for the first time. This legislation, known as the Glücksspielneuregulierungstaatsvertrag (GlüNeuRStv) was initially passed in March, 2020 .

Although the new rules will permit various forms of online gambling nationwide, there are still a variety of restrictions that operators and broadcasters will be expected to comply with. There are limitations to the availability of in-play sports betting markets included in the new legislation, and there are also deposit limits and wagering limits for online casino games.

On top of this, there are also limitations on the periods when advertising of gambling is permitted, with a blackout agreed between 6 AM and 9 PM, during which no marketing of online gambling is allowed.

Whilst the licensing conditions have been described in detail since the new laws were conceived, it has been suggested by some newly-licensed operators that it is not clear what the time-frame is to implement these. For example, GVC Holdings noted in its announcement of the agreement that it had not yet received word from the Regional Council of Darmstadt, but that they will likely be implemented early in 2021.

Once it has been agreed on what the time frame is, the operators will need to bring in certain controls that will be applied to the accounts of their customers. These will include a mandatory monthly spending limit, which will be set at €1,000.

On top of this, there will be another sub-division of gamblers in Germany that will be able to increase their wagering limit further. This group will not be allowed to constitute more than 1% of an operator’s total customer base but will be allowed to set a wagering limit of €30,000 each month. These players will need to be over 21, and the operators will be expected to carry out more rigorous monitoring of their accounts.

Until operators have adequately implemented customer verification procedures on accounts in Germany, it is also expected that deposit limits will be put in place. Consumers will have to set themselves deposit limits upon opening an account with the recently licensed operators.

Additionally, there will be further restrictions until the kinks have been ironed out with regard to identity verification. For example, operators will be unable to offer bonuses to customers that exceed €100 per year. These conditions are in line with the social responsibility measures that were set out in the State Treaty on Gambling that seeks to promote healthy and sustainable gambling habits amongst the German populace.

Impact of the Conditions on the Operators

The licensing conditions discussed above have been designed to protect consumers in the country and will more often than not come at an expense to the licensed operators. For example, GVC Holdings has already suggested that these measures will impact its earnings before interest, tax, depreciation, and amortization (EBITDA).

According to the operator, it expects to see a reduction of around €40 million every year in its earnings once the full suite of restrictions has been fully applied to its operations. Additionally, the operator has also suggested that it will incur significant reductions from other restrictions included in the GlüNeuRStv, such as the €1 per spin wagering limit on online slot games. The company has estimated that this rule will leave GVC Holdings with €70 million lower EBITDA in 2021.

Despite these obvious drawbacks, the company remains optimistic about the licensing agreement and happy with the conditions that were agreed upon. The company has maintained that the new license will be beneficial for its business and that the new regulations brought in the clarity around sports betting that many in the industry have been asking about for some time now.

The operator has stated that the new license, combined with the recent Tolerance Policy in Germany, will allow it to truly cement itself as a market leader in the country and globally. These regulations will allow it to offer an innovative experience to those using its services and also place the operator firmly as one of the more regulated and most responsible in the industry worldwide.

Another operator that was granted a license to operate in the newly regulated market was the Gauselmann Group’s Cashpoint Malta enterprise.

The Group announced this via a statement in which it declared its’ delight in being able to offer its betting services to the sports enthusiasts in the German market. The Gauselmann Group was also very happy with the new regulations that have been passed, which will now reduce the uncertainty in the market.

According to the operator, in recent years, those in the industry have been in regulatory limbo, but now, can clearly see what the rules they are bound by are. These rules also apply unanimously to all operators in the country and across all of the states that make up Germany.

The operator has suggested that these rules will improve the player protection in the country and will lead to more sustainable gambling from consumers and increased trust in the industry. The Group has stated that the rules will allow customers, as well as everyone else in society, to easily distinguish between regulated and unlicensed operators offering services in Germany.

This will undoubtedly lead to increased safety for German citizens when they gamble online.

Another operator that was recently granted a license to operate in Germany was Tipwin. According to the directors of this business, the operator had actually met the licensing conditions back in 2014 but had been operating in uncertainty ever since due to the nature of the previous German regulations. In the statement announcing the new license, it was clear that Tipwin was relieved to be rid of the legal uncertainty.

The company now sees this as a fantastic opportunity. Not only does Tipwin believe that the new licensing agreement will offer significant business for the operator, but it will also allow consumers, politicians, and regulators to better understand the gambling landscape in Germany.

According to Tipwin, this is the first step in the direction of a responsibly regulated sport betting market in Germany, and it is hopeful that further regulation in the coming years will help to regulate it further and to force out operators that do not comply with the guidelines.

Overall, it seems that many are happy with the recent changes to gambling infrastructure in Germany and see it as an opportunity in the coming months and years. This seems like a significant step forward for the regulation of online gambling in the country, which recently seemed as though it could be in jeopardy after a string of delays caused by legal challenges.