Newbury Racecourse has penned a new two-year sponsorship deal with MansionBet. The online sports betting operator will sponsor the prestigious Grade 1 Challow Hurdle race at the grounds. However, updates to England’s tier system could mean disappointment for ticket-holders. 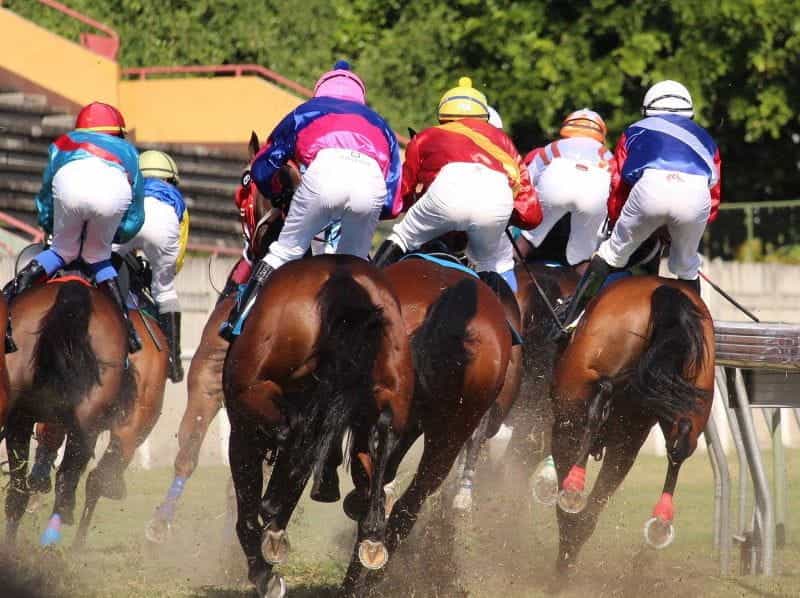 Fans were allowed to return to races in early December, but changing tier systems mean there is still uncertainty for ticket-holders. ©Hhach/Pixabay

The Challow Hurdle at Newbury is embedded in the history of British racing. Since the event first took place in 1971, it has been witness to a string of remarkable winners, including such horses as Denman, Bindaree, Wichita Lineman and last year’s winner, Thyme Hill. Consisting of ten hurdles spread across two miles and four furlongs, the race is open to novice hurdlers aged four and older.

It usually takes place between late December and early January. The Grade 1 Challow Hurdle is Newbury’s only top-level jumps race, and is the latest to be sponsored by MansionBet. Sponsorship Manager for Newbury Racecourse, Lara Johnston, has welcomed the continuation of its partnership with the betting operator. Johnston said:

“We are delighted to be strengthening our relationship with MansionBet for 2020, especially their support of the MansionBet London Cup on Al Shaqab Lockinge Day. With another year of outstanding racing and entertainment on offer here at Newbury, 2020 looks set to be an exciting year for us and we look forward to sharing it with the MansionBet team.”

MansionBet has renewed its partnership with the Berkshire race ground for the next two years. The betting firm will sponsor a number of events at the racecourse in 2021, including the Challow Hurdle and its accompanying card. It will also sponsor the Afternoon Racing on January 20th and the MansionBet London Cup on May 16th, part of Al Shaqab Lockinge Day. In April, there will also be the MansionBet Spring Cup, which comes as part of the flat season opener, the Dubai Duty Free Spring Trials weekend.

MansionBet has significantly expanded its sponsorship of racing this year. Its sponsorships now cover more than sixty events across the UK and Ireland. Amongst its partners are some of the most prestigious grounds in horseracing, such as Doncaster, Newmarket, Cork, Naas and Fairyhouse. The Gibraltar based operator gained its Irish betting license in May 2019, and its first Irish race will take place on January 4th at Cork. Sponsored races will air on ITV and Sky Racing TV.

“We’re delighted to continue our support of British Racing in 2020, including Newbury Racecourse. We’ve improved our product offering and as result have seen an increase in racing punters in both the UK and Ireland over the last year. We’re excited to extend this partnership in the UK and, for the first time, in Ireland.”

For many, Newbury’s Challow Hurdle will bring to an end what has been one of the most difficult years for racing in history. The COVID-19 pandemic has caused huge disruptions to schedules, and many meetings were forced to be postponed or canceled altogether. A lack of races was bad news for fans and bookmakers alike, which struggled to offer betting odds during the first lockdown.

The last major sporting event to take place in the UK before the first lockdown was the Cheltenham Festival, a four day even that started on March 10th and that would normally draw crowds from around the world. The event took place contrary to guidance and despite a confirmed case of the virus in town. Afterwards, it was found that the event, which was estimated to have been attended by 250,000 people, was likely to have accelerated the spread of the virus.

Since then, racing officials were cautious not to be caught out again. After a few months on hiatus, racing was able to resume in England and Scotland behind closed doors in June. In July, horse owners were allowed to return to races, starting with the Investec Derby at Epsom. Before that, they had had to resort to watching their own horses race on television to find out how they had done.

It was by no means business as usual though, as strict protocols were put in place to prevent spread of the virus. Owners could arrive no earlier than forty-five minutes before their horse was due to race, and had to fulfill a health assessment. A limit of two badges per horse was also imposed, to keep down the number of attendees.

In August, betting services were trialed at courses, so that owners could place wagers on the races. The trials took place to test out COVID-safe bookmaking procedures, ready for the return of spectators. However, that turned out to be many months away and suffered a few false-starts. At the start of December, the prime minister had some surprising news as he announced England’s three-tier system.

Sports fans were allowed to return to events in tiers one and two, with limits on size of crowds. Events in tier one can host crowds of up to 4,000 people, subject to the size of the venue. In tier two, the maximum number is 2,000. In Wales, spectators will have to wait until 2021 to attend football matches, races and the like.

However, newly updated tiers could mean disappointment for fans planning to attend the MansionBet Challow Hurdle day. All of Berkshire will move into tier three, including Newbury’s West Berkshire area. On December 17th, Health secretary Matt Hancock revealed that more areas of England would go into the strictest tier, which prohibits most forms of socializing and means that hospitality and entertainment venues must close. 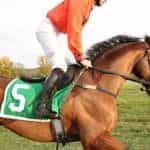