The British Horseracing Authority has announced that racing is set to restart on June 1st, despite a false start to races in France. However, in line with government guidelines, races will take place behind closed doors. The BHA has outlined the steps necessary to kick off racing safely and according to guidelines. British racing has been suspended since March 18th due to the coronavirus lockdown.

In order to be able to resume safely, new measures will be put in place to prevent further spread of the virus. Trainers will now have to declare their runners 72 hours before races begin. The BHA will shortly publish its fixture list and race program for the dates June 9th – 30th. The exact timetable will be based on the BHA’s best-case scenario planning for the sport’s resumption on June 1st.

In mid-April, the BHA had to extend the suspension on racing, which was originally put in place to last until April 30th. If races are able to resume on June 1st, fans and participants will all breathe a sight of relief. The BHA will publish guidance for the racing industry to make sure that the health of participants and employees is not compromised when racing is resumed behind closed doors. That guidance will be published in the coming week.

For now, the BHA has set out some actions that racing participants can get started on ahead of the provisional June 1st start date. Trainers should make sure that their stable employee records are up to date and upload horse vaccination records to the Weatherbys vaccination app. The latter will help administrative work to be carried out in line with social distancing.

All racecourse attendees will be required to complete an online education module, titled ‘COVID-19 Information for participants of the racing industry’. The course is designed to ensure proper understanding of social distancing, hand and respiratory hygiene, racecourse protocols, PPE requirements and COVID-19 itself.

Highlighting the severity of the impact that the virus outbreak has had on the sport, the BHA also explained a new system that will decide which horses are picked to race at the Royal Ascot this year. If all goes according to plan, the festival will take place from June 16th to 20th. Trainers will be allowed to choose which specific horses they want to see prioritized for consideration.

Due to months of canceled events, over 700 two-year-old horses have missed out on their chances to race. It is now estimated that only half of these horses will be able to race before the festival takes place. Trainers will have until May 26th to submit their choices and the results will be published the following day.

The UK government has published timeline for when sporting events could potentially resume in England. Sporting and cultural events recommencing behind closed doors will come during the second phase of easing lockdown restrictions, and is currently set at June 1st at the earliest.

However, the new start date will need to be assessed by public health officials and is dependent on the UK meeting the government’s five tests for easing lockdown measures. Only when these tests are met can the current restrictions be eased.

Guidance regarding the coronavirus outbreak differs in Wales and Scotland, which could result in varying dates for the resumption of sports. The Welsh government’s plans for lifting the lockdown involve a ‘traffic light’ guide. Under those rules, individual and non-contact sports as well as closed doors events could be resumed during the ‘amber’ phase. Neither Wales nor Scotland has set out a specific timeline for sports to begin yet.

Despite the BHA’s extensive new plan, the sudden cancelation of fixtures in France will cast uncertainty on British plans to resume racing in June. Just a week after racing restarted in France, some areas have had to press pause on racing schedules. Amongst the worst affected are the largest racing venues in Paris, resulting in Longchamp’s Prix Gold River shifting to Deauville.

Red zones, areas that have been worst affected by coronavirus, have had to stop races. Major tracks in these zones include Longchamp, Chantilly and Auteuil. It was hoped that the UK would be able to follow in France’s footsteps, but following these cancellations it will prove more difficult for racing officials to convince ministers that it is safe for the UK to do so.

UK officials will also be weary of making mistakes after Cheltenham Festival went ahead in March. Increased hand washing facilities and extra staff weren’t enough to ward off spread of the virus during the four-day event, which around 150,000 people attended. A high number of virus cases in Gloucestershire has been linked to the festival, which critics say ought to have been canceled.

Culture Secretary Oliver Dowden defended the decision to allow the event to go ahead “The risk at mass gatherings was no greater or less than it would have been in pubs or restaurants, and the advice at that point was that we did not need to ban mass gatherings”. So far, Gloucestershire has seen 972 virus cases and 147 deaths.

“Our proposal has always been that racing will be ready to return safely in Britain as soon as the UK Government permits the resumption of sporting events. Our plans are being developed with officials from Public Health England and will be in line with UK government policy. We are making good progress as we prepare for a resumption on June 1.”

Not all races are off in France, though. In green zones, areas affected by coronavirus to a much lesser extent, races are allowed to continue. Racing will now focus on lower profile tracks, such as Deauville, which could now host the French 1,000 and 2,000 Guineas next month. It is not yet certain whether trainers at Chantilly, of which there are many, will be permitted to send their horses to races in green zones.

According to regulator France Galop, the swift U-turn on French racing is not necessarily the fault of participants or courses. Sanitary measures had been observed, and it was instead down to a new governmental decree. For now, French racing officials will have to quickly rewrite the fixtures list, despite a still uncertain future. 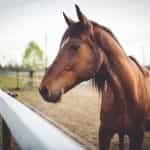