The current England Manager was on the defensive after a former player published a book giving detailed accounts of past squad gambling issues whilst on tour. 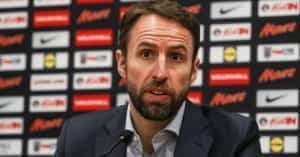 Southgate speaking at a press conference prior to a friendly game with the Netherlands. ©FA England

Speaking at a press conference ahead of England’s friendly with the Netherlands, Southgate responded to questions on the team’s gambling habits following former England player, Kieron Dyer’s revelations that spreading gambling addiction was a factor in the team’s inability to perform at the World Cup in 2002 and the European Championship in 2004. One of which, a touring squad that the current England Manager himself was apart of as a player.

I would be amazed if there has ever been a sports team that hasn’t had someone who likes to gamble. We need to have the right support if people need help because of the individual impact and the impact it can have on the team.– Gareth Southgate, England Football Manager

Whilst remaining forthright about the team’s past issues with gambling, the current England Manager was optimistic that his current crop of players hails from a more responsible generation and it is not something he feels needs to be paid special attention to in the build-up to this summers World Cup in Russia.

However, Southgate refused to rule out the potential that players within future squads may have gambling issues given the difficulty of being able to monitor and track problem gambling, due to the rise in online betting.

Hopefully, now players are a bit different. We have the odd card school but I don’t sense it is more serious. Could I say we don’t have players with gambling issues? That is impossible to monitor because of online gambling and things like that. I have to be realistic.– Gareth Southgate, England Football Manager

Issues with sports athletes and their gambling habits have not been rare. Hoping to take a stand against the rising tide, the Gaelic Athletic Association responsible for the governing and promotion of Irish sports recently voted to ban sponsorship agreements between gambling organisations and its members. 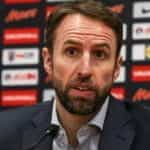