The 2019-2020 La Liga season is coming to a close, with Spain’s Real Madrid team leading the charge, though sports fans cry favoritism by referees. Soccer fans and sports bettors alike are likely relieved that the season had resumed, considering that it was postponed due to the coronavirus pandemic from March 23, with no promise of returning. Regular play resumed June 11, and will finish on July 19.

La Liga is the shortened, colloquial version of the Campeonato Nacional de Liga de Primera División, the number-one soccer division for men’s soccer in Spain. La Liga is comprised of 20 teams, including some of the country’s most beloved teams: Real Madrid, FC Barcelona, Athletic Bilbao, Atlético Madrid, Espanyol, and more.

Since La Liga was founded in 1929, some teams have been more successful than others in taking home the prestigious title. Real Madrid has won the championship 33 times. FC Barcelona has come in a somewhat-close second, at 26 wins. According to the Union of European Football Associations (or UEFA), La Liga is now the best league in Europe.

La Liga has a massive following: following world-famous leagues like the NFL, NHL, NBA, and the Premiere League, La Liga makes the sixth-most money of any professional sports league in the world. In non-COVID times, La Liga teams can expect close to 27,000 screaming fans in the bleachers.

Decades of Competition Between Barcelona and Madrid

Since the 2000s, the most heated battle taking place in La Liga is between FC Barcelona and Real Madrid, a rivalry that continues to this day. Most La Liga championships between 2000 and today have been won by one of the two teams, save for intermission wins by Atletico Madrid.

As with sporting events around the world, including the Olympics, La Liga briefly had to wonder if it would be able to resume play at all this year. For a time, its fate was up in the air, following an indefinite postponement announced in early March that the championship would halt play imminently.

By the end of March, Spain’s official football federation, the RFEF, and La Liga made a joint announcement that play would be suspended until further notice. This included not just professional soccer, as played by La Liga and watched by fans around the world, but also even amateur games — surely a tough blow to a country that loves soccer.

As the coronavirus pandemic was brought under control in Spain through extreme restrictions, such as lockdown of entire cities where people were not allowed to leave except to get groceries, the country’s Prime Minister Pedro Sanchez ultimately deemed teams safe enough to resume play beginning June 8.

The first sporting event to take place in slightly-reopened Spain was the Seville Derby, another soccer tournament, which took place on June 11. Fans are not allowed in the stands, but viewers can choose whether they’d like to watch the games with the real silence of the empty stadiums where the games are played, or with fake crowd noises.

Organizers for La Liga — not to mention soccer players — are likely relieved that they have been able to be back on the field since June 11. For international tennis players, this was not an option, as the Madrid Open, an extremely competitive tennis tournament, was not able to take place at all this year.

Instead, tennis players took a highly unusual approach, devising what they called the Madrid Virtual Open. The game that actually streamed was part-fundraiser, part-tournament, bringing together several of tennis’s most famous names to face off via livestream and Nintendo tennis.

In Europe, Sports Come Back Cautiously

Spain is not the only country to have begun careful and controlled reentry into the world of sports since the forced halt of games as the pandemic broke around the world. In the UK and Scotland, racing has recommenced, and with it, the reopening of beloved betting shops, which have been hard-hit around the world due to the lockdowns.

UEFA and the Europa League have also resumed play, though with the provision that games cannot be played internationally, and must take place in a single country. Germany will host the conclusion of this year’s Europa League, while the Champions League has been taking place in Portugal.

What was surely a disappointment, however, was the decision by French officials not to resume the Ligue 1 in France. The season was ended abruptly in May, and, due to the ongoing pandemic and the strict lockdown measures implemented in the country, it is planned to begin a new season in September of this year.

Real Madrid: Once Again in the Lead

As La Liga draws to a close, Real Madrid appears to once more be the favorite to win this year’s contest, and already, the tensions are high: fans familiar with Real’s history of being historically touted by Spain’s once-fascist government are crying foul play, citing the team’s unbroken winning streak since gameplay resumed last month.

As of now, Real has won eight games in a row, its most recent win a 2-0 defeat of Alaves, a team from Vitoria-Gasteiz, Álava. Prior to this, fans and players from opposing teams alike objected to what they saw as favoritism on behalf of game referees, where Real players were not penalized for certain plays, while other teams were. 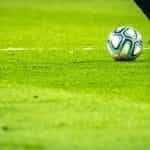