Plans to allow punters to wager on the outcome of US PGA Tour games have been announced this week by the association’s current commissioner Jay Monahan. The news was revealed during an exclusive interview as the inaugural Zozo Championship unfolds in Japan.

According to Monahan, preparations for legalized on-site betting at golf games have been underway for years. As more states continue to introduce sports betting laws as 2020 approaches, the decision to allow such activities makes sense when considering the potential to introduce the sport to a wider audience.

As for when on-site betting could be expected, Jay Monahan has said that the product should be available next year and it is hoped that it will help to maintain interest in the sport over the long duration of games.

“It’s all about engagement… When done right, it gives fans the opportunity to engage with your sport over a longer period of time and have more interest in what’s happening across the entire player field.”– Jay Monahan, Commissioner, Professional Golfers Association

Monahan has also outlined the PGA’s commitment to creating a product that will not threaten the integrity of the sport. ”It’s legalized in a lot of international markets and we’ve put the right systems in place, both in terms of an integrity program and monitoring activity” said Monahan, who has been in charge of the tour since 2017.

“As it is becoming legalized by state in the US, you can either participate or not, and we feel smarter to be participating… versus let others control it.”

Monahan stopped short before describing what betting systems will be available but revealed that products were being created in collaboration with IMG Arena, a sports data company that recently signed with the PGA to offer detailed shot-by-shot data, live streaming and interactive course visualizations for the Tour.

The Future of Golf 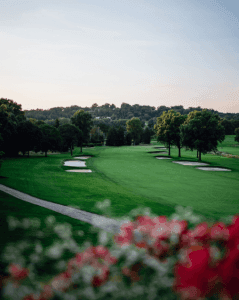 The PGA’s announcements of introducing sports wagering to golf as well as outlining their intention to strengthen ties with the Japanese market could not be any more well-timed. ©Max Andrey on Unsplash

As the first-of-its-kind Zozo Championship launched in Japan, there was no better time for news of evolution in the industry to be revealed. The series kicked off last Thursday in the middle leg of the PGA’s Asian tour, and features a star-studded field of players such as Tiger Woods and Rory McIlroy gunning for a cut of $30 million in prize money.

The leg first began in South Korea last week with the CJ Cup, which culminated in American golfer Justin Thomas taking home $9.75 million in winnings. The $9.75 million of prize money for the Zozo Championship was won by Tiger Woods in his record-breaking 82nd PGA Tour win.

The series will conclude with the $10.25 million WGC-HSBC Championship in Shanghai next week.

Golf is immensely popular in Japan, and the first Zozo Championship attracted huge crowds to Accordia Golf Narashino Country Club to cheer on the likes of Woods and local star-player Hideki Matsuyama. Although the Zozo Championship has only been guaranteed for a six-year deal, Monahan has expressed an interest to stay in the country.

“When we make a commitment to bring a new event to a market, that’s a commitment that is permanent,” Monahan said. “Our intention is to never leave Japan, to always have a PGA Tour event in Japan from this day forward.”

The PGA’s announcements of introducing sports wagering to golf as well as outlining their intention to strengthen ties with the Japanese market could not be any more well-timed. Japan is currently undergoing an expanded gaming renaissance, with cities across the nation vying to be one of the few to host casino resorts.

The developments are the next step in what has been a gradual acceptance of sports gambling by the PGA since the Supreme Court eased gambling restrictions. Before signing with IMG Arena at the end of 2018, Golf bodies had been unique among major sports rights-holders for not selling their betting streaming rights to third parties.

This is because broadcasts of golf are not always accurate to what is happening in real-time, with productions moving from hole to hole in order to continue seamless gameplay. The deal allows IMG Arena to exclusively distribute scoring data to sports media companies, news outlets and betting operators around the world.

In February, the PGA Tour changed its stance on sponsorships with gambling entities, allowing for the possibility for deals with casinos.

Later in July, a partnership with the PGA Tour and DraftKings was announced, which resulted in the first-ever official daily fantasy sports game of PGA Golf. 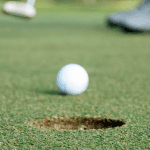