Record High For US Sports Betting In Oct. 2020

Data from the American Gaming Association’s Commercial Revenue Tracker shows an all-time-high for sports betting in the US in October 2020. As increasing legalization and regulation swept the United States, October’s earnings counted sportsbooks in 17 states, plus Washington D.C. Almost every state — 15 out of the 17 — saw more money wagered in October than in any month preceding it, particularly this year. 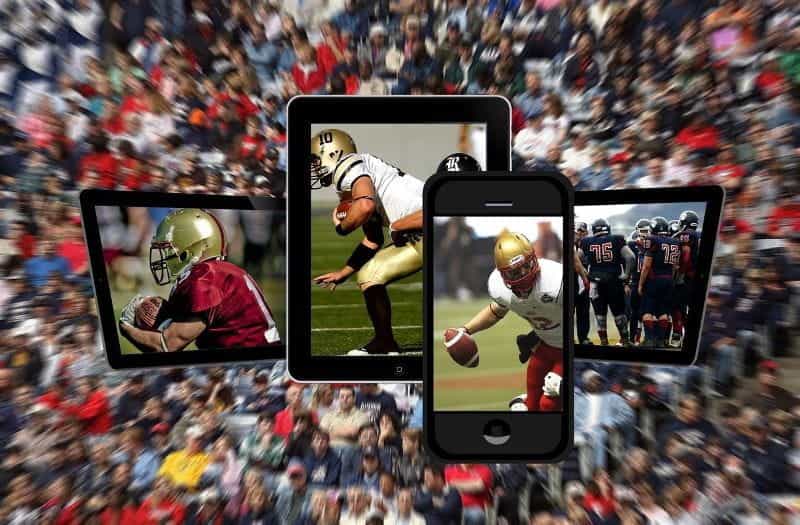 Sports betting in the US proves itself a saving grace of the American gambling industry. ©geralt/Pixabay

After Struggles In The Spring, US Sports Betting Is Back

Since April, the industry has been rebounding month by month. This trend continued in October, as bettors in 15 out of the 17 states where sports betting is legal wagered more than ever before. As the land-based gaming industry has struggled tremendously with losses year-over-year, the same cannot be said for the American sports betting industry.

As the data released from the American Gaming Association’s Commercial Gaming Revenue Tracker demonstrated, sports betting revenue in October 2020 was up 93% from October 2019. This is despite ongoing restrictions to land-based gaming facilities, and despite the continued COVID precaution taken in sports, often resulting in postponements.

How It Broke Down: Facts And Figures

In total, Americans placed a total of at least $2.82 billion in sports bets in the month of October alone. The final tally is likely higher, as, at the time the report was released by the American Gaming Association, the state of Illinois — home to one of the US’s most prominent sports betting industries — had not yet released its October 2020 statistics.

Once the numbers from Illinois come in, analysts are expecting the sum for October 2020 to easily surpass $3 billion. The top five performing states are familiar to those who follow American sports betting: Colorado, Indiana, Nevada, New Jersey, and Pennsylvania — though Illinois and New York also usually fall somewhere on that last.

New Jersey Is Number One

As the data rolled in, it became clear that New Jersey was sitting pretty in the top spot for a record-high month of sports betting in the United States. During October 2020, New Jersey saw a total of $803.1 million placed in sports bets, an increase of 64.6% year-over-year from what it had been in 2019.

The Contrast Between Sports Betting and Gross Gaming Revenue

In New Jersey — as in every state — an overwhelming disparity was demonstrated between the region’s sports betting and gross gaming revenue (GGR), which includes sums from slots and table games. While sports betting in New Jersey soared above $800 million in a mere four week period, the GGR hovered at $58.5 million.

In fact, this was actually not a total wash for New Jersey, despite the fact that its iconic Atlantic City gambling location has been struggling for months on end now, having had to lay off significant numbers of employees in late August of this year. Though New Jersey’s GGR was low, it still marked an increase of 26.1% year-over-year from October 2019.

Nevada is home to America’s gambling capital, Las Vegas, which has been battered by the economic impact of 2020. Las Vegas casinos — and, by extension, Nevada gambling revenue — depends heavily on a tourism industry, which has faltered tremendously during the pandemic.

In October, Nevada gaming revenue increased, but nowhere near some of the gains that were seen in other states like Iowa, Indiana New Jersey, Oregon, and Pennsylvania. For the month of October, 2020, Nevada saw $659.2 million in sports bets, a 21.3% increase year-over-year from October 2019.

The state’s gross gaming revenue fell into the negative number territory, as casinos in the state continued to report massive revenue losses throughout the fiscal year. In total, Nevada earned $42.4 million in gross gaming revenue in October, a decrease of 11.5% from what it had been in 2019.

What The Numbers Tell Us

Overwhelmingly, the ongoing pandemic has reaffirmed the financial necessity of having robust multiplatform options for gambling companies. As the pandemic drags on, screen time has skyrocketed for adults around the world, coinciding with a dramatic increase in the number of adults gaming worldwide.

While that alone doesn’t necessarily impact the sports betting economy, it does bolster data showing that gamblers are overwhelmingly choosing to game from home using mobile or online gambling platforms, and are avoiding land-based casinos, which have experienced significant losses throughout 2020.

This trend is likely only to continue, as the coronavirus crisis has escalated to a dizzying height in November and December. Experts in the US estimate that this will continue through the winter months, which has encouraged states around the country to re-implement lockdown measures. 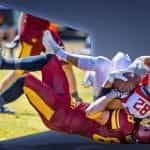