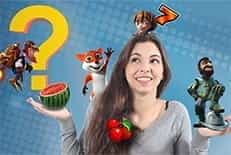 There is a wealth of choice when it comes to online slots, with well over 1000 to choose from. Yet despite this huge amount, many are more or less the same as each other in terms of gameplay. This involves either 3 or 5 reels, wild symbols, and 3 scatter symbols awarding free spins. In fact, the biggest difference between the numerous slots can usually be found in the theme and sound, rather than the gameplay itself. But this is not always the case! There are some online slots that break the mould, offering unique features and unconventional rules and configurations. Fancy trying something new? Then check out these outstanding games.

Wild symbols generally work like a joker. They can substitute for any other symbol (the scatter symbol is usually the exception). As such, they boost your chances of lining up a winning combination on a payline. Yet there are some games that take the wild symbol to a whole new level, as you will see in the following section.

In this 5 reel video slot, there are two magic portals, which are located on the middle row of the first and last reel. When two matching symbols land on these portals, they are transformed into wilds, along with any other matching symbols across the reel.
Demolition Squad (NetEnt)

Wild symbols can appear on reels 2, 3 and 4. The game also features demolition wilds. When a symbol appears between two wild symbols, either vertically, horizontally or diagonally, the symbol will transform into a demolition wild. These can only appear on the third reel.

One of the standout features of NetEnt’s Starburst slot are the expanding Starburst Wilds. When the star symbol appears anywhere on reels 2 – 4, it expands, covering the entire reel. It then stays in place whilst a re-spin is triggered. What’s more, up to 3 re-spins can be triggered at any time. If you fancy trying out this innovative and popular slot, you can play it for free at 888casino.

Another variation of wild symbols can be seen in sticky and moving wilds. A sticky wild stays in the same position for a certain number of spins. Whereas moving wilds will move one position to the left or the right with each spin, until they disappear from the reels. In addition to these types of symbols, the South Park slot has even more unusual features, such as the Cartman Beefcake wild, as well as mini-features which in turn have even more symbols wild.

Bonus rounds are usually triggered by 3 scatter symbols and tend to award a certain number of free spins. Sometimes, this can come with a multiplier, or some other small added extra. Yet there are some online slots that have taken bonus rounds to the next level, and offer something completely different.

The Board Game Bonus Round (Monopoly, IGT)

There are several slots based on the much loved board game Monopoly. The special feature is the iconic bonus game. The bonus round is triggered by 3 scatters, but rather than simply earning free spins, the board game mode is activated. You get three throws with two dice to try and progress as far as possible round the board. Roll a double, and you get another go. Depending on which property or other such spaces you land on, you will win the corresponding payout. If you make it past “go”, all wins are doubled.

Monopoly Slot – The Board Game Bonus Round 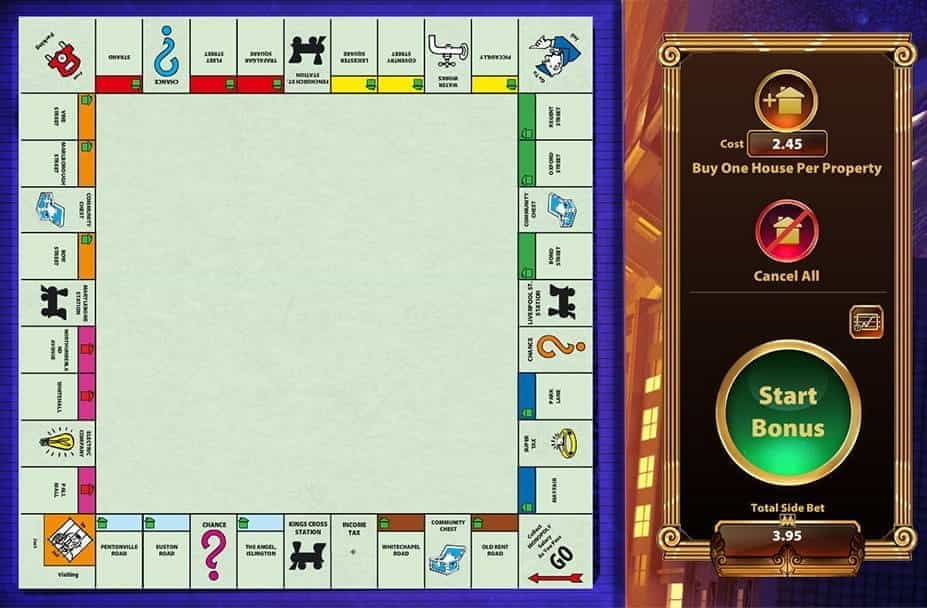 When the bonus round is triggered in the Monopoly slot, it transforms into board game mode 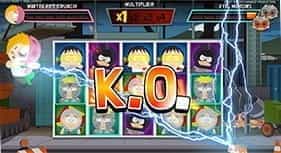 In the newer of the two South Park slots, the standout feature is the Mintberry Crunch Epic Bonus Spins round. In this bonus round, Mintberry Crunch does battle with Professor Chaos and his army of evildoers, with a different enemy at each level. Both the hero and the opponent have life points, and for every spin where you win, the enemy loses a point. If you do not get a win, then a point is taken from you. Once the enemy loses all their life points, he is defeated, and you take on the next enemy. With every defeated enemy, the multiplier increases by 1. If you make it to the very final level and defeat Anime Professor Chaos, you are rewarded with a victory bonus. You can play this NetEnt slot, and many others at Mr Green.

NetEnt are renowned for their innovative slots features, and Aliens is no exception. The goal is to find the queen and destroy her and her hive. Level 1 of the game is The Search. Here, you increase the alien activity meter with every win. Once the meter is full, you enter level 2, The Encounter bonus round. In this stage, you fight your way down a dark corridor, as you hunt for the queen. You are attacked by various aliens as you progress closer to the hive, with each one getting stronger. 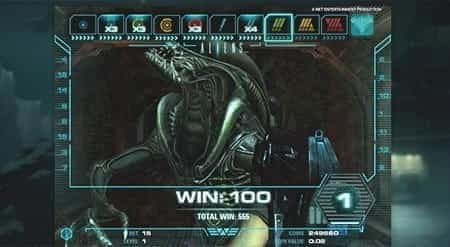 The struggle for survival against the aliens while searching for the Hive. 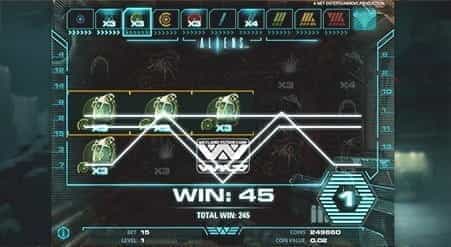 Every spin wins, provided you have enough ammunition to defend yourself.

After each spin, the ammo clip counter reduces by 1, but the ammo clip reel can award up to 2 extra spins each time. If you run out of ammo before reaching the end of the corridor, the alien will kill you, and you return to the base game. Make it to the end of the corridor on the other hand and you enter level 3, the hive. Here, your only objective is to destroy the queen and her hive before the aliens get you. You can use grenades and your assault rifle to attack the queen. The more damage you cause, the bigger your win will be.

Unusual Configuration of Reels and Paylines

You can also find interesting variants when it comes to the actual setup and configuration of online slots. If you fancy a change to the usual 3 or 5 reel slots, with 10, 20 or even 243 paylines, then you should definitely check out the following games.

This colourful slot from NetEnt (which can be played at LeoVegas) has the normal 5 reels, but payouts can be earned for up to 10 symbols. This is possible thanks to the inclusion of double symbols. The higher paying symbols, such as the sunflowers and Venus fly traps have both a single and a double version. Therefore, payouts are possible for between 3 and 10 symbols when these appear consecutively on the reels. It is simply the total number of matching flowers in succession on a payline which determines the payout.

Yet another innovation in layout comes from NetEnt. If you thought the slots with 243 paylines from Microgaming were impressive, then you’ll be blown away by Reel Rush. This unique game has 5 reels and 5 rows, yet not all positions on the reels are active from the start. With every consecutive win, a re-spin is activated, and 2 more reel positions are unlocked, creating more ways to win. After 5 consecutive re-spins, all 3125 ways to win become enabled, plus, you are awarded 8 free spins on top, providing even more opportunities to win. 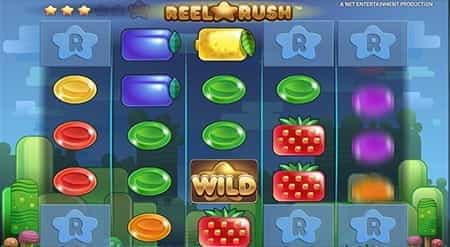 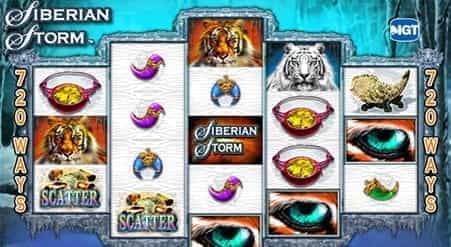 Another impressive slot in terms of configuration is Siberian Storm by IGT. The game has 5 reels, but a different number of rows across each, creating a hexagonal shape. This unusual layout, and wins paid from both left to right, and right to left creates a huge 720 ways to win. IGT have coined the term “MutliWayXtra” wagering to describe this approach, and in can be found in several other games within their portfolio.

Although this is not the official name for these type of slots, it describes the gameplay well. In such games, the symbols fall into place on the reels, rather than spinning. When a win occurs, the symbols disappear from the reels, and new ones fall down to replace them. This allows multiple wins from just 1 spin, and in most cases, these chain reactions will continue multiple times, until no new wins are generated.

The most famous and popular slot with this type of gameplay is Gonzo’s Quest. Here, the diminutive Conquistador works his way through the Aztec jungle, on his search for the lost city of gold. With every win that the free falling symbols create, an increasing multiplier is added. This can increase payouts by up to 5 times in the main game. Yet even better still, during the free falls the win multiplier can reach as high as x15. You will find this slot amongst the game selection at 888casino. 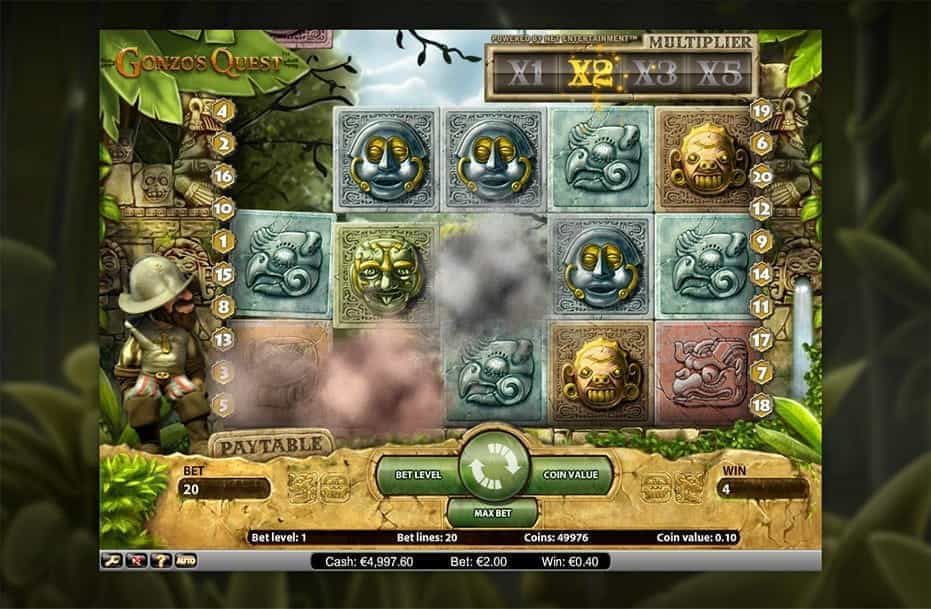 With every win, an increasing multiplier is applied to payouts, reaching up to x15 in free spins

The same Tetris style gameplay can be found in the IGT slot, Da Vinci Diamonds. Yet in this follow up game, the special feature is that 2 slots sit together, one on top of the other. Each game has its own set of paylines, but both are linked by the “Tumble Thru” feature. So if you get a win on the bottom game, symbols from the top game fall down to replace the empty spaces, providing multiple opportunities to win. During the bonus round, 6 free spins are awarded. These can be re-triggered numerous times, awarding up to 300 free spins. Plus, during the bonus round, an extra 20 paylines are enabled, with super rich reels in play.