What Is Mustang Money?

Mustang Money is the brainchild of Ainsworth Mexico, BtoBet, and Logrand Entertainment Group. Founded in the summer of 2019, these leaders in Mexico’s gambling market collaborated to create a vibrant online gambling offering which went far beyond just the standard virtual slots.

Using BtoBet’s unique Neuron Gaming technology, Mustang Money offers gamers thrilling options from live table games to video poker, sports betting, bingo, and of course, online video slots. Since the launch of Mustang Money in the summer of 2019, the iGaming platform has established itself as a strong player to watch in Mexico.

Players can access the wide array of betting options available through Mustang Money on both online and mobile options. In addition to a wide array of games, Mustang Money’s website offers frequently updated coverage of upcoming sports games, as well as interesting articles about betting cultures around the world.

Logrand Is Looking To Go Global

Strendus is exclusively owned by Logrand, and has managed to make an impressive name for itself in the world of Latin American gambling. Still, in July of this year, representatives from Logrand made it clear that the company has aspirations to grow, building robust, internationally-available online options, as Strendus is only for players in Mexico.

For that reason, it makes even more sense that Logrand and CT Gaming Interactive are entwining even further: first with Strendus, and now with Logrand’s other partially-owned online gambling company, Mustang Money. CT Gaming Interactive has partnerships all over the world, particularly many countries in Europe.

An Important Decision for a Leading Mexico Casino Operator

Most gamblers in Mexico are probably familiar with the Logrand name, given that it’s one of the best-known operators of land-based casino options in Mexico. The company has casinos dotted all through the country, from the Taj Mahal Casino in Villahermosa to the Grand León in Guanajuanto, Providens Casino in Guadalajara, and more.

As the coronavirus pandemic has continued, however, it is not surprising that Logrand would be seeking to flesh out some of its online options, creating new and promising partnerships for both Strendus and Mustang Money. Theoretically, this way the company could offset some of the pandemic-related losses incurred at its casinos during this time.

This new partnership between CT Gaming Interactive and Mustang Money means that CT Gaming Interactive is successfully branching still further into the Latin American market, just a few weeks after the company announced that it had received a highly coveted license to operate online gambling in Colombia.

This is also the first time that CT Gaming Interactive has partnered with the other co-founding companies of Mustang Money, which include Ainsworth and BtoBet, two companies with extensive reach in the Americas and globally. Spokespeople from Mustang Money, Ainsworth, and CT Gaming spoke very highly about this latest accomplishment.

The new games available to players of Mustang Money in Mexico will include beloved titles like Fruit Feast, Lord of Luck, Darkwoods, Forest Wedding, 40 Brilliants, Cherry Crown, Gothic Queen Returns, and Mysterious Drakkar. CT Gaming Interactive also has a couple of exciting titles coming soon for players to keep an eye out for, including Piece of Treasure and Money Pipe.

Those who have been watching the developments of Latin America’s casino market could see CT Gaming’s moves into the region as instructive. It’s notable that the company has not, as yet, approached Brazil and Argentina, two of the continent’s largest economies. This is likely because of laws currently in flux about gambling in those countries. 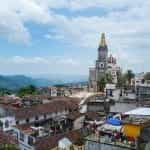