It has been reported that MGM Resorts has put in a bid of £8.1 billion for the newly rebranded Entain PLC, which is responsible for brands including Ladbrokes, Coral and bwin. However, Entain’s shares rose as it rejected that offer. Previously known as GVC Holdings, the operator changed its name to Entain on December 9th, as part of a wider image overhaul. 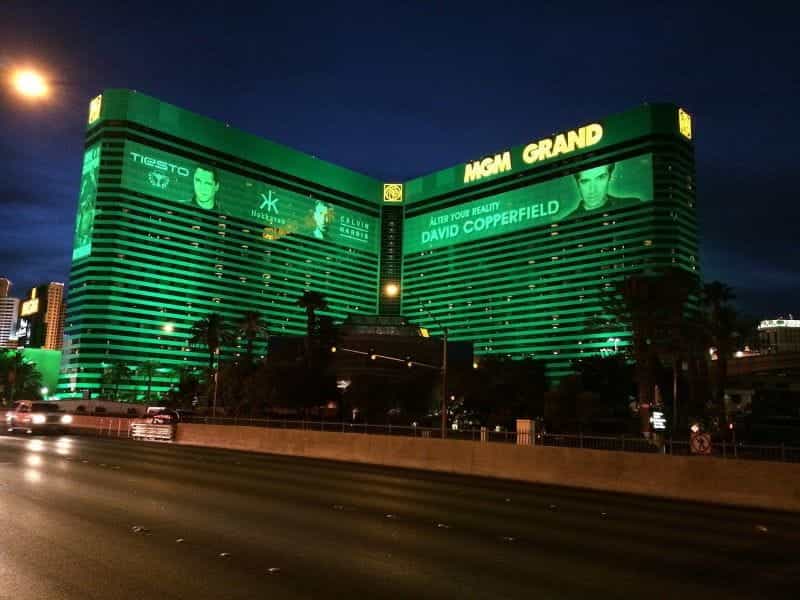 MGM Resorts owns some of the most famous casinos in Las Vegas, including the Bellagio, Mandalay Bay, the Mirage and the MGM Grand. ©TipKilby/Pixabay

According to a statement released by Entain in response to press speculation, it views MGM’s offer as a significant undervaluing of the company and its future. It has however asked for more information from MGM Resorts, so there could be further discussion of how the two companies could combine. For now, shareholders have been told to take no action.

This is not the first offer that Entain has received from MGM. It also turned down an earlier all-cash offer of £7.3 billion, or $10 billion. It is clear that Entain’s assets would be a valuable commodity for the US casino and entertainment firm. Entain, is one of the biggest gambling groups in the world by revenue. It is listed on the London Stock Exchange and also has a place on the FTSE 100 Index.

Entain owns a diverse range of gambling brands, and serves markets around the world. It bought Ladbrokes Coral in 2018, and also runs sports betting sites bwin in Europe, Neds in Australia and Betboo in South America. It also runs BetMGM, a joint sports betting venture with MGM that aims to capture the emerging market in the US. Entain’s online casino and gaming brands include partypoker, Foxy Bingo and Cashcade.

The name Entain is a recent innovation for the operator. For the last decade, it has been known as GVC Holdings. However, it announced its plans to rebrand last September, and officially changed its name to Entain after a shareholder vote on December 9th. The switch to Entain came as part of a considered strategy from Shay Segev, who took over from Kenny Alexander in July 2020.

Alexander’s departure after 13 years as CEO came as a surprise to many. According to the former CEO, it was the coronavirus lockdown that ultimately led him to retire. As a result, Segev, who was the company’s COO rose to become the new CEO. Segev has since committed to cleaning up the operator’s act and has vowed to exit all unregulated markets by 2023. The name Entain marks a new chapter for the operator, in which it hopes to stay ahead of the curve and distance itself from past image problems.

So far, Segev’s rebranding exercise seems to have proved a resounding success for the company. MGM’s interest is proof of that, although it seems that Segev is not ready to settle without a more substantial offer on the table. MGM’s recent bid was financially backed by its largest shareholder, InterActiveCorp. IAC bought a 12% stake in MGM Resorts for an estimated $1 billion in August 2020, causing shares in MGM Resorts to rise by 14%.

Barry Diller’s InterActiveCorp was primarily interested in MGM’s small online gaming business, which it hopes to expand on. The MGM name is most famous for its Metro-Goldwyn-Mayer film studio, although the company now runs some of the most popular casinos in Las Vegas and the rest of the world. Despite its global presence, MGM has not made much of an impact in online casinos, something that IAC hopes to change.

2020 proved one of the most difficult years in history for bricks and mortar business worldwide. Under lockdown rules, the coronavirus pandemic meant that casinos and bookmakers had to close and staff were furloughed. When restrictions were eased, social distancing rules and other safety measures meant that businesses could not serve their usual capacity of customers. Now it is 2021, and vaccine programs are being rolled out, but the future remains uncertain for such businesses.

Companies like MGM that have relied on cash footfall in the past will have to continue to seek out online revenue streams. It is not only Entain’s expertise in online gambling that MGM Resorts will be interested in though. Entain’s experience in bookmaking is perhaps its most valuable asset in terms of the emerging US sports betting market.

In September 2020, another mega casino operator in the US, Caesars Entertainment, agreed to buy out William Hill for £2.9 billion. Outbidding private equity firm Apollo, Caesars purchased the British bookmaker for its sports betting knowledge. William Hill was one of the first gambling firms to capitalize on American sports betting when it was legalized, after the Supreme Court overturned PASPA.

If a takeover similar to the one between Caesars and William Hill were to take place, the combined MGM Resorts and Entain would become one of the biggest powers in the gambling in the world. While an improved presence in online gaming and sports betting would clearly be a boost for MGM, Entain could stand to gain from a deal too. Entain’s brands occupy a significant portion of the online casino market, and it also runs some high-street bookmakers, but it has not branched out into physical casinos.

According to UK takeover rules, MGM Resorts has until February 1st to submit a firm bid for the operator. For now, it seems that Entain is keen to play down rumors of a takeover, although all that could change if MGM reconsiders its valuation. 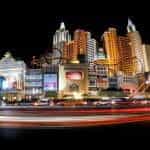