The owners of the Tropicana Casino on the famous Las Vegas Strip have announced that the casino will be put up for sale. The current price is unknown. The sale marks an abrupt resell after the casino was initially purchased by Gaming and Leisure Properties in April. The casino has remained closed throughout coronavirus-related lockdowns, which have hit Sin City hard. Prior to the purchase by Gaming and Leisure Properties, the Tropicana Casino location was owned by Penn National Gaming. 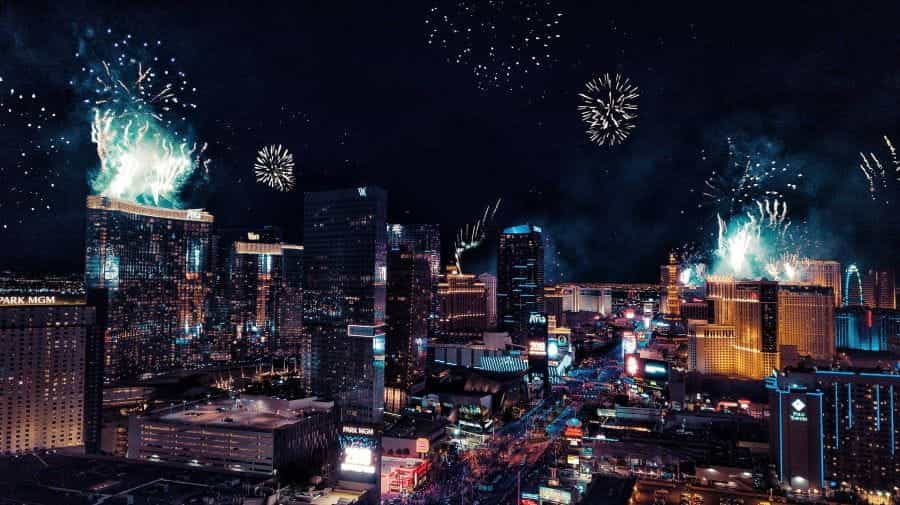 The Tropicana Casino is once again up for sale. ©Ameer Basheer/Unsplash

The Tropicana Las Vegas is an integrated resort-casino on the Las Vegas strip. The affiliated hotel is a Hilton-owned DoubleTree, and, according to Las Vegas Review-Journal, it’s estimated that the property could sell for a minimum of $360 million. The entire property, combining resort and casino, spans 35 acres.

In total, the Tropicana contains 1,470 rooms. When former owner Penn National Gaming sold the property to Gaming and Leisure Properties in April, the sale totaled around $307.5 million in rent credits. According to a representative for the then-buyer, an update on the sale status of the resort-casino will come with its second-quarter earnings soon.

During the time of the sale, it was agreed that former owner Penn National Gaming would continue to handle operations for the resort-casino, unless the property should be sold again. It is likely that now, this is once again up for debate, as Gaming and Leisure Properties has in fact put the property back up for sale.

Included in the agreement is a stipulation that Penn could receive some of the profits, should the resort-casino be resold, so it isn’t all a wash. In fact, if the sale ends up above $307.5 million, Penn will take in more than 75% of that money — so it’s quite likely that, unless it’s way undersold, Gaming and Leisure Properties has lost this hand.

Tropicana’s Long History On The Strip

In a city where casinos come and go, the Tropicana is a stronghold on the Vegas Strip, first opened in 1957. Over the decades, the location has had a troubled time, from run-ins with the local mob to, as now, consistent changes of hands and financial woes from the Great Recession to now.

According to a spokesman from Penn National Gaming, there has already been a considerable amount of reportedly “unsolicited” interest in now purchasing the once-again-for-sale casino. This speaks to the high value of the land on which the Tropicana Casino stands, indicating that it’s not likely to go anywhere anytime soon.

A Tough Time for Penn

Coronavirus-related closures have hit Penn National Gaming hard, as 41 of its properties have been forced to close indefinitely since Nevada Governor Steve Sisolak elected to close all gambling locations in the state. According to documents filed to the government by Penn, the company had $730 million in liquid assets as of March 31.

According to the CEO of Penn, Jay Snowden, the company has been undergoing radical efforts to reduce operating expenses in order to avoid hemorrhaging money during this difficult time. This has included numerous real estate sales, including this one and the sale of a casino in Morgantown, Pennsylvania, also to Gaming and Leisure Properties.

Additionally, Penn has put tens of thousands of workers on furlough. As of April, 26,000 employees of the company had been put on paid leave for the foreseeable future. As the coronavirus pandemic continues to rage in the US, it is unlikely that these workers will be returning to normal work any time soon.

As of March, Penn executives estimated that they had enough money to last four months without income. With August soon approaching, Penn is reaching a moment of truth for its ability to stay afloat. This deal with reselling Tropicana, then, particularly if Penn can cash out on 75% of the sale, would come at a very good time.

Las Vegas has been devastated by the ongoing coronavirus crisis, losses which are compounded not only by the forced lockdown of gambling venues, but also by ongoing international travel bans, the postponement or cancellation of large conventions, and a reluctance to travel domestically within the US.

As such, tourism in Las Vegas, which is typically a fundamental part of the city’s economy, has withered. In response, local officials have urged the state’s government to allow the city to reopen. As early as April, Las Vegas Mayor Carolyn Goodman was pushing to allow for resorts and casinos to reopen, which was met quickly with much opposition.

Finally, in June, casinos did reopen in Sin City, which was also quickly met with a spike in travel to the famous gambling location. For June, more than 1 million guests flew to Las Vegas — a low number for normal summers, maybe, but high when the previous month’s total had been lower than 400,000.

By contrast, in June 2019, upwards of 4.4 million guests flew to Sin City for a summer vacation. This shift, with a total of 1,041,823 passengers (according to McCarran International Airport in Las Vegas) incoming, marks a 76.6% decline from last summer to this one.

For all of 2020, just under 12 million guests flew to Las Vegas’s main airport. This does sound like a surprisingly high number, considering the major lockdowns that were happening worldwide. By contrast, though, this is less than half of the traffic through Las Vegas from January-June 2019, when 25.2 million passengers landed at McCarran.

Guests to Las Vegas were likely greeted with the knowledge that the city, though slightly open, would be far from normal: as with many casinos and resorts worldwide, strict rules had to be enforced in relation to total occupancy (a fraction of normal accepted patronage), and social distancing measures. 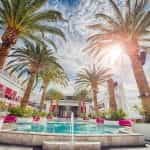