Following a longstanding ban on downloading gambling apps in certain countries, Google has announced that 19 countries will now be granted access. These apps — including those of companies like DraftKings, theScore, and Penn National — were already available in the store, but were not widely accessible for downloads. Now, Google has adjusted its parameters, making mobile gambling exponentially more accessible for millions of players worldwide.

Gamblers in 19 countries will now be able to access legal gambling apps via the Google Play Store. ©geralt/Pixabay

In Late January, An Announcement

In a public statement, representatives from Google announced that the technology titan would be getting rid of a preexisting ban in its Play Store — the Google equivalent of Apple’s App Store — which meant that gambling apps were inaccessible in countries around the world.

While these apps were all available on the Google Play store before this announcement, several stipulations have been made to clarify that the lifting of the ban does not mean that Google is acting in defiance of numerous international laws which have set strict and specific legal gambling parameters within each country.

Apps Will Need To Get Approval Through Application Process

Though these apps have already gained approval to be offered on the Google Play store in the first place, the lifting of this ban in 19 additional countries means that apps seeking to be accessible to players in said countries will need to undergo an additional application process.

Central to the application process is ensuring that the app in question has been granted permission to operate in the country in which it is now seeking to be made available. This would be particularly relevant in countries like Colombia, where companies need to be given express licensing from a regulatory body to offer legal iGaming.

Which Countries Have Been Given Permission?

In the late January statement, Google revealed that it would be lifting its ban on downloading apps in a total of 19 countries. The list includes the United States, Japan, New Zealand, Norway, Romania, Canada, Colombia, Belgium, Australia, Sweden, Mexico, Spain, Germany, and Denmark, in addition to the 4 countries where it was already legal.

How Would This Work In The United States?

While Google may have allowed certain apps to be made available across the entirety of the United States, the specificity of the company’s application process pertains directly to the U.S., a country in which there is no sweeping federal gambling law regarding something like sports betting, but which is legislated on a state-by-state basis.

This means that Google has already written specific rules regarding which kinds of games will be available in which states. Online gambling like the traditional video slots popular around the world, are permitted only in three states: Delaware, New Jersey, and Pennsylvania. Nevada may access iGaming, but only in the form of poker.

Throughout the last year, a growing number of states in the US have legalized sports betting, meaning that this is close to legal lotteries in terms of how many states are granted explicit permission to download gambling apps via the Google Play store. Residents in 14 states may download sports betting apps.

Immediately following this announcement, some prominent gambling companies experienced a surge in the stock market. Leading sports betting and fantasy sports company DraftKings saw an increase of almost 6% in its shares. Penn National Gaming followed closely behind, with an increase of 4%.

Canadian sports betting app theScore grew most of all, with stocks surging almost 7% following Google’s significant announcement. According to a report on the development from Yahoo! Sports, approved apps will be available for download on Android and other Google products beginning March 1, 2021.

Tension Between theScore And DraftKings

In the United States, DraftKings is among the ranks of William Hill and FanDuel, and all three companies have decisively staked their territory in various US states as legal sports betting continues to surge in the country. Most recently, both FanDuel and DraftKings announced that they would be coming to Tennessee, along with BetMGM.

According to reports, the battle is expected to go down not in the American betting market, but in the freshly-regulated Canadian gambling market. Following announcements of Canada’s legalization of single-game sports betting, stock in theScore soared 111% at the close of 2020, ballooning another 17% in early 2021.

TheScore is expected to have the home court advantage once competition begins in Canada’s regulated gambling market. Canada is among the 19 countries in which Android and Google customers may be able to download legal sports betting apps, a market which analysts predict will be extremely lucrative. 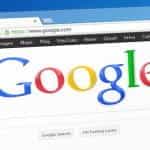