Lawmakers on a Georgia House legislative panel met three times last week as a part of a renewed effort to consider the expansion of the state’s gambling industry. The action comes in light of Governor Brian Kemp’s recent call to local agencies to submit budget reduction proposals in order to cut state spending. 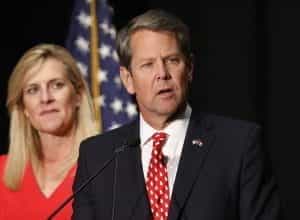 Governor Brian Kemp has tasked lawmakers with cutting costs and raising revenues, which many believe could come from expanded gambling. ©nbcnews.com

This is not the first time that Georgia has attempted to ease gaming laws state-wide. As one of the least gambling-friendly states in the nation, Georgia’s residents are currently limited to gambling on the state lottery and at a casino cruise ship.

Two bills seeking to allow for the development of land-based casinos in 2017 were dropped when they both failed to garner enough support for a vote. However, after the Supreme Court ruled in favor of allowing states to decide on the legality of sports betting in 2018, there has been a growing interest to consider progress.

Gaming industry representatives have invested hundreds of thousands of dollars into introducing relaxed gambling laws in the state over the years, though it’s not just lawmakers that need to be convinced by lobbyists to support expanding gaming.

All changes to the state’s gambling laws, whether it be in sports betting, horse racing or casino construction, requires that Georgians must approve a constitutional amendment in a referendum.

It is believed by many that  expanded gambling will be introduced in 2020, with the goal being to increase state revenue, boost employment rates and raise millions of dollars for the Georgia Lottery-funded HOPE scholarship . HOPE is a program that rewards students with financial assistance in degree, diploma, and certificate programs.

The Georgia House panel’s efforts began when House Speaker David Ralston created a committee with the task to seek ways to increase state revenue. While it was understood that the talks would focus on the gambling industry, they were not based around forming a position around the issue but rather to establish effective ways the industry could be regulated if voted in.

“This is about dialogue and informed decisions,” said Kaleb McMichen, the spokesperson for David Ralston. “Everybody has always stopped at the question of ‘should or shouldn’t.’ If we’re going to ask the question and ask it completely, folks need to know if it gets on the ballot as a constitutional amendment, what is it going to look like?”

Last week, the panel heard from a number of different representatives from the gaming industry. Spokespeople for companies and organizations such as MGM Resorts, Wynn Development, and the Georgia Horse Racing Coalition spoke about the success of gaming operations in other states and how it could be replicated in Georgia.

In total, more than 30 lobbyists have been hired by the organizations to sell their vision of expanded gambling to the state. In the event that lawmakers are convinced to progress, they will need to decide on what forms of gambling will be allowed and where revenues should go.

In any event, it is likely that expanded gambling would need to be overlooked by a strict regulatory system, namely an independent gaming commission that would exist to authorize any gambling activities and determine how revenues would be distributed.

In the past, Governor Kemp has declared that although he opposes casino gambling, he will not hinder a constitutional amendment referendum from being presented to voters if the policies can confirm that revenues will benefit HOPE.

According to Brandon Beach, a Republican state Senator who has attempted to introduce horse racing to Georgia for years, the future of the gaming industry in the state has never looked so bright.

“I have never seen so much energy and so much enthusiasm about this issue. I think there is a momentum to ‘let’s go ahead and let the voters decide.’”– Brandon Beach, Alpharetta Senator, Georgia General Assembly

However, there are a number of conservative and religious groups who are firmly opposed to expanding the gambling on moral grounds. Mike Griffin, a lobbyist with the Georgia Baptist Mission Board, has suggested that the gambling industry is taking advantage of the revenue-raising targets to push their agenda.

“I think this is always an excuse looking for a reason,” said Griffin. “The gambling industry is seeing this as an opportunity to move this forward.” He also described lawmakers’ allowance of a constitutional amendment vote a way of avoiding their task of making difficult decisions.

However, the talks go, the task of passing a constitutional amendment through the General Assembly is no easy feat. It is not certain how many lawmakers support expanded gambling, though, in order for it to pass to a referendum, the approval of 120 state representatives and 37 senators are needed to pass the legislation.

According to recent polls, many Georgians are in favour of expanded gambling, with a 2017 poll by The Atlanta Journal-Constitution having found that 56% of Georgians supported casino gambling. 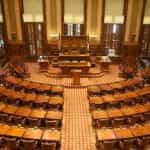 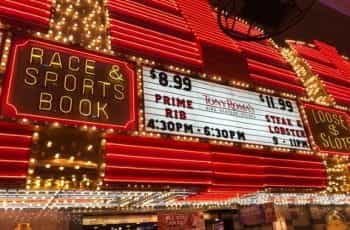 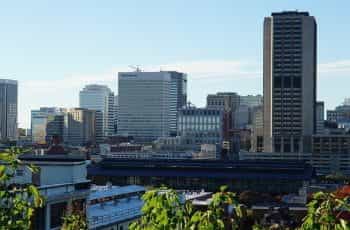