Popular online casino LeoVegas has been charged by the UK Gambling Commission for accepting bets from problem gamblers and publishing misleading advertising.

LeoVegas is one of a number of UK operators to be punished recently by the UKGC.

The operator was the subject of an investigation, which also found that 11,205 punters who had opted in to the company’s self-exclusion program to limit their gambling habits, didn’t receive the remainder of their account balances back when they were closed.

In addition, the regulator found that LeoVegas and its affiliates had published 41 web adverts with misleading promotional terms lacking sufficient information or not presented clearly enough.

LeoVegas accepted the penalty and announced plans to return the funds in accounts of self-excluded players, either directly to the players or by sending money to socially responsible causes. Another £13,000 will be paid to the UKGC to cover the cost of the investigation.

The operator has also closed all affected accounts and undertaken measures to ensure account balances are returned to players within 48 hours of self-exclusion.

The Gambling Commission’s Chief Executive Neil McArthur is sure that the measures will prevent other operators from making the same errors in future.

The outcome of this case should leave no one in any doubt that we will be tough with licence holders who mislead consumers or fail to meet the standards we set in our licence conditions and codes of practice. – Neil McArthur, Chief Executive, UK Gambling Commission

He continued: “We want operators to learn the lessons from our investigations and use those lessons to raise standards.”

Rival operators SkyBet and 888 have both recently picked up fines for inadequate self-exclusion schemes in recent months, while a new industry-wide self-exclusion system with one login for all online operators has recently been launched. Later this year, all licensed UK operators will be required to join Gamstop. 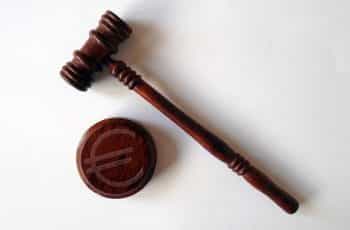